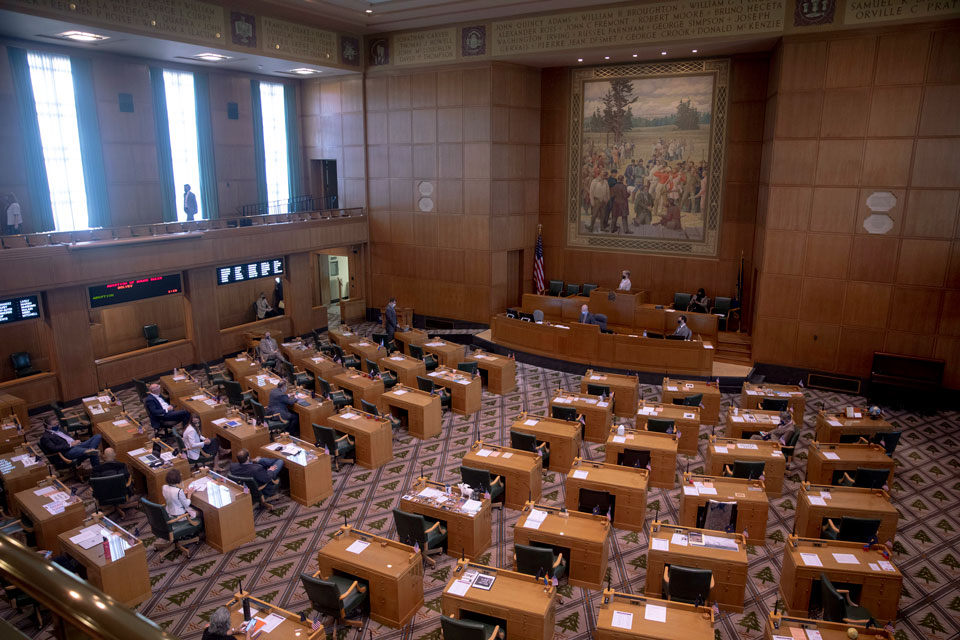 SALEM, Ore. (AP) — A measure further restricting the use of choke holds by police passed the Oregon Legislature by wide margins Monday night as lawmakers concluded a special session called to fix a billion-dollar budget deficit due to COVID-19.

House Bill 4301 prohibits the use of choke holds by police or corrections officers except for self defense as defined by law.

“It’s long past time we disallowed officers from using chokeholds,” Sen. James Manning, D-Eugene, said. “It’s wrong and it can be lethal. It is not a tool to deescalate.

Some leading lawmakers had hoped to focus the special session, which began Monday and adjourned after 11 p.m., only on spending matters. The Legislature had been tasked with filling a $1.2 billion budget hole. Lawmakers cut roughly $400 million across state agencies and used about $400 million in emergency funds from the Education Stability Fund to help repair the budget.

The total adopted state budget for the 2019-21 biennium is nearly $86 billion, about a 10% increase from the 2017-19 legislatively approved budget. 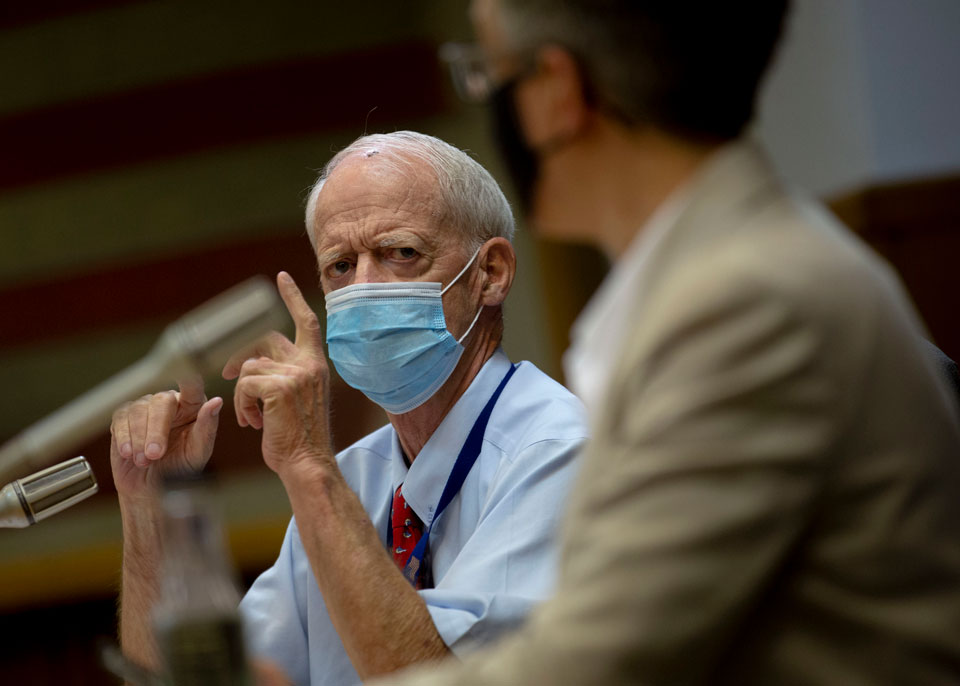 Senate President Peter Courtney, D-Salem, listens to House Speaker Tina Kopek, D-Portland, speak in a committee meeting during a special session of the Legislature at the Capitol in Salem, Ore., Monday, Aug. 10, 2020. Lawmakers discussed unemployment benefits and police reform bills as they returned to the Capitol for a special session that was largely supposed to be focused on the state's $1 billion budget hole due to the COVID-19 pandemic. (Brian Hayes/Statesman Journal via AP)There were complaints throughout the day that Oregon's second special session of the year, held under coronavirus restrictions, didn't allow lawmakers and others enough time to debate or voice concerns about legislation.

“(Lawmakers in the Capitol) are grumpy and they’re getting grumpier,” Senate President Peter Courtney, D-Salem, said during a joint committee work session.

In an effort to place bills on the Oregon Legislature floor Monday evening, Courtney urged lawmakers in the joint committee to only ask pressing questions.

"Either let's get (the lawmakers) home or let's vote on bills," Courtney said.

He said previously he was trying to keep the session short because of pandemic concerns.

House Speaker Tina Kotek also announced the Legislature would not take public testimony on bills during the special session, but the public can submit written testimony.

One bill that would have helped speed up the processing of unemployment insurance claims for thousands of Oregonians waiting for benefits was killed in committee, resulting in harsh words from Gov. Kate Brown.

“It’s appalling that Senate Republicans today voted down a common sense fix to the unemployment process that would put money in people’s pockets faster," Brown said. "The bill would have eliminated red tape for education employees, freeing up staff to process other claims more quickly.”

The committee spent a large portion of the afternoon discussing proposals surrounding the state’s unemployment benefits process. One of the bills would increase the amount of money Oregon workers can make as they continue to get weekly unemployment.

Sara Cline is a corps member for the Associated Press/Report for America Statehouse News Initiative. Report for America is a nonprofit national service program that places journalists in local newsrooms to report on under-covered issues.