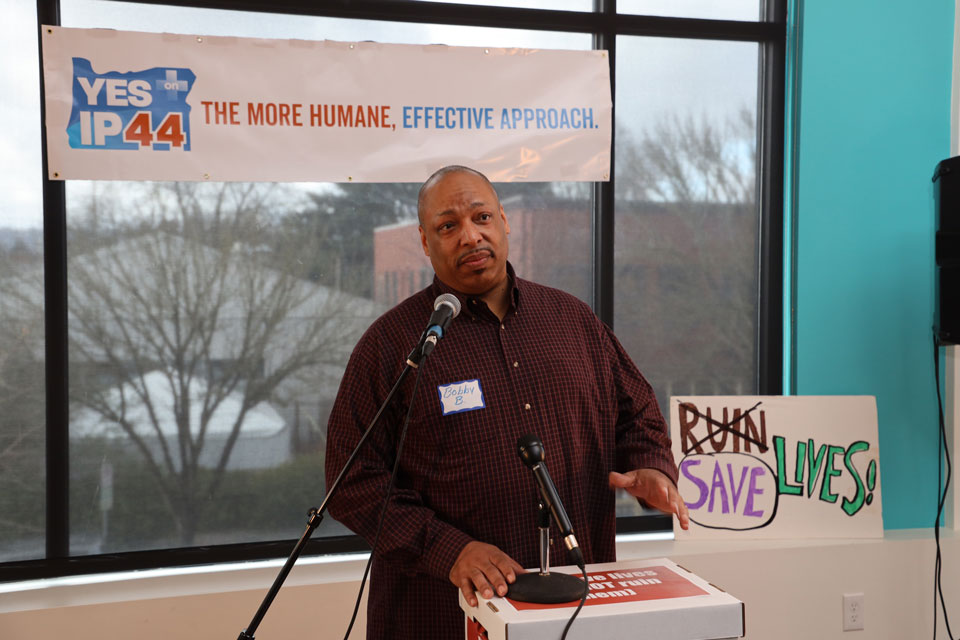 Racial disparities in drug arrests will drop by 95% if Oregon voters pass a drug treatment and decriminalization measure in November.

That’s according to a new, independent government research report written by the Oregon Criminal Justice Commission. Oregon voters will see a summary of the report in the voter pamphlet that the Oregon Secretary of State mails to every registered Oregon voter in November.

In addition to a reduction in arrest disparities, conviction disparities would be “narrowed substantially” if Initiative Petition 44 passes, the report said, and overall convictions would fall. For example, convictions of Black and Indigenous Oregonians would drop by 94%.

“These drop-in convictions will result in fewer collateral consequences stemming from criminal justice system involvement, which include difficulties in finding employment, loss of access to student loans for education, difficulties in obtaining housing, restrictions on professional licensing, and others,” the report says.

The actual impact on disparities could be even more dramatic, the report notes. “Other disparities can exist at different stages of the criminal justice process, including inequities in police stops, jail bookings, bail, pretrial detention, prosecutorial decisions, and others.” However, the Criminal Justice Commission could not obtain local data on such disparities.

The analysis by the Oregon Criminal Justice Commission is the first one ever prepared for a ballot measure. Lawmakers have had the ability to ask for such an analysis since 2014 and did this year after being urged to do so by the More Treatment campaign, which supports Initiative Petition 44. 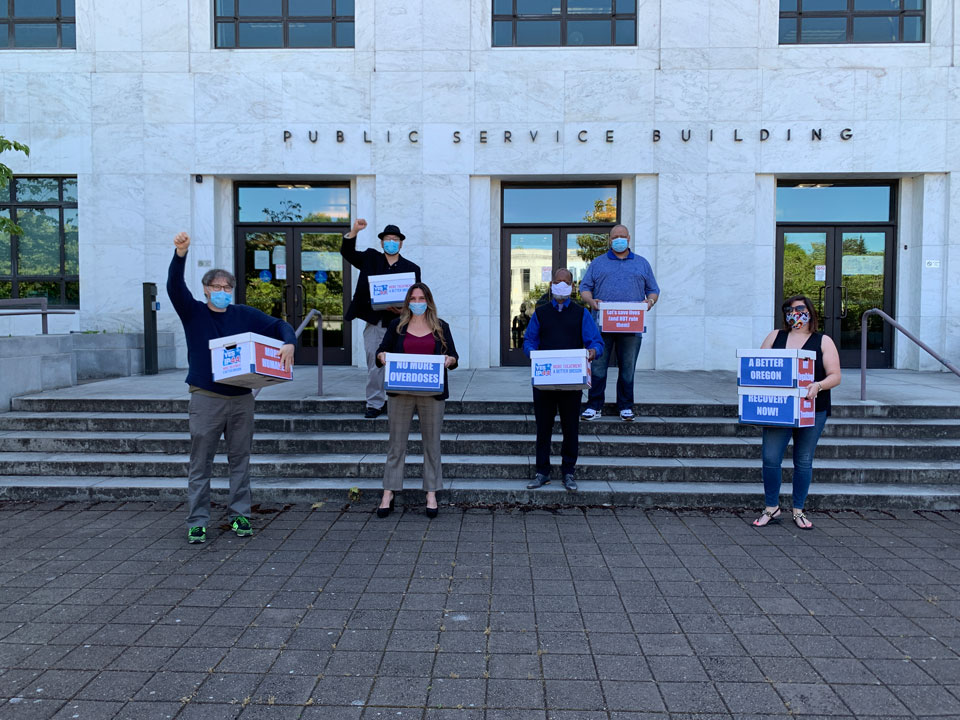 Signatures collected for Initiative Petition 44 are turned in by organizers on Jun 26, 2020 at the state capital in Salem, Ore. (photo by Devon Downeysmith)Initiative Petition 44, which will soon get a ballot measure number, changes Oregon’s approach to drugs. The initiative would expand access around the state to drug addiction treatment and recovery services, paid for with a portion of taxes from legal marijuana sales. In addition, the measure decriminalizes low-level drug possession. It does not legalize drugs.

About 8,900 Oregonians are arrested every year in cases where simple drug possession is the most serious offense, according to the latest numbers from the Oregon Criminal Justice Commission. That’s the equivalent of about one arrest an hour. Black and Indigenous Oregonians are disproportionately targeted.

Bobby Byrd, an organizer on the MoreTreatment campaign to pass Initiative Petition 44, was arrested nearly three decades ago on a drug charge in North Portland. Although a group of white people were also present during the incident, police told them to run and only arrested Byrd, who is Black. Byrd said he did not even have drugs on him at the time. 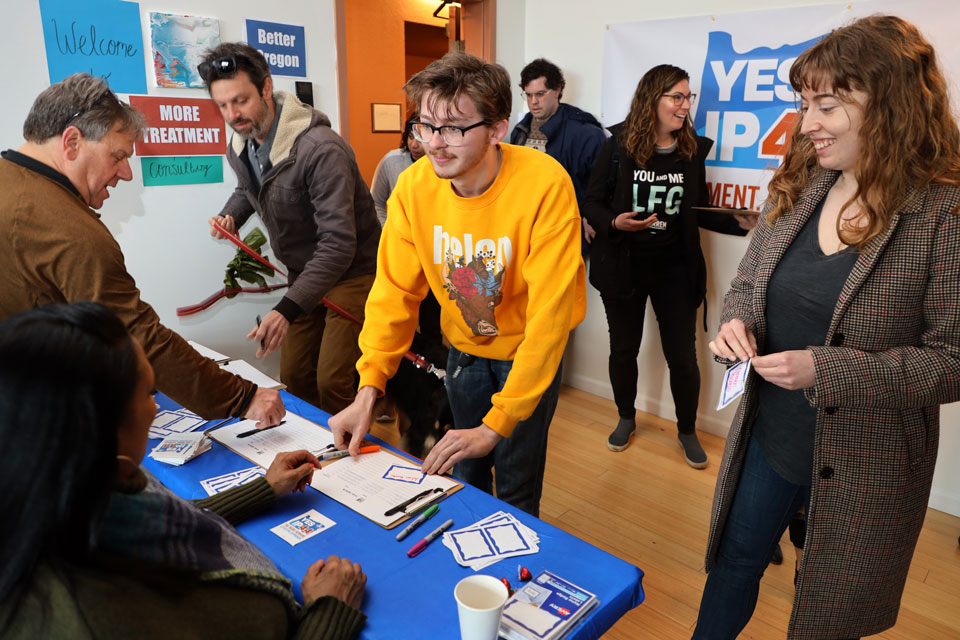 Signatures are collected at the More Treament campaign launch held Mar 2, 2020 (photo by Devon Downeysmith)The resulting criminal arrest record has haunted Byrd ever since. When he was up for a promotion at Wells Fargo, they did a background check on him and fired him, according to Byrd. The same thing happened to him at Intel. He was prevented from getting a professional license as a phlebotomist. After getting trained to do medical intake, he was told he couldn’t do it—all because of his criminal record. When he tried to move, nobody would rent him an apartment, even though he had good credit.

“Our current drug laws can ruin lives based on a single mistake,” he said, “sticking you with a lifelong criminal record that prevents you from getting jobs, housing, and more.

"This initiative won't change my past, but I don’t want anyone to go through what I went through.”

In addition to decriminalizing drug possession, Initiative Petition 44 would specifically provide funding for treatment, peer support, housing, and harm reduction. Marijuana tax revenue that’s in excess of $45 million a year would help pay for it. Oregon expects to collect roughly $284.2 million in marijuana tax revenue during the 2021-2023 biennium, or roughly $140 million a year.

Initiative Petition 44 has received more than 70 endorsements from organizations across the state, including the Coalition of Communities of Color, NAACP Portland, Eugene-Springfield NAACP, Unite Oregon, Central City Concern, the Confederated Tribes of Grand Ronde and more.

The MoreTreatment campaign to pass Initiative Petition 44 does not face any organized opposition.