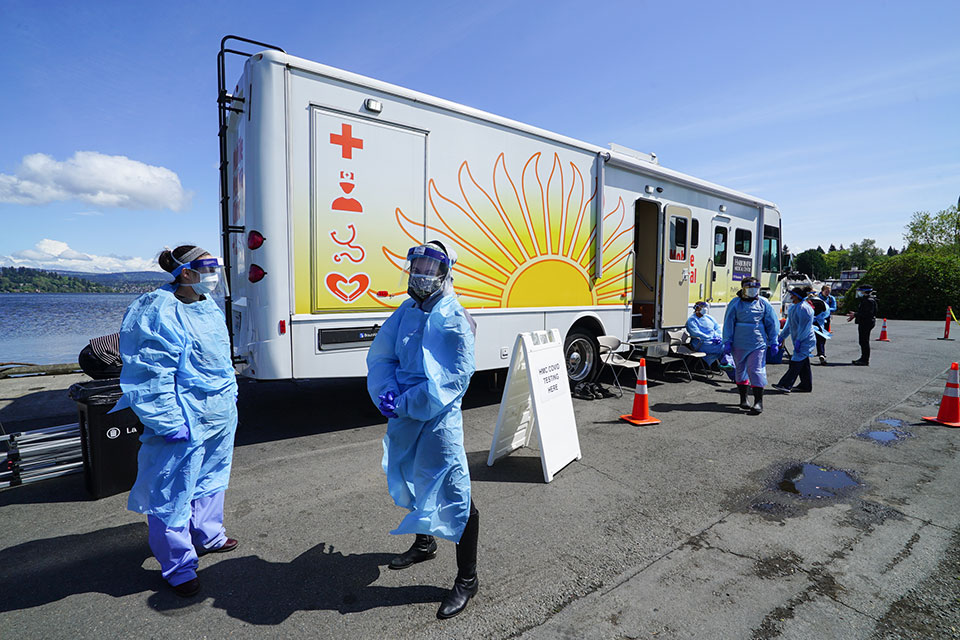 PORTLAND, Ore. (AP) — The Oregon Health Authority has reported 299 additional confirmed and presumptive coronavirus cases in the state, bringing the state's total number of cases since the pandemic began to more than 15,000.

In addition on Tuesday seven more deaths were reported, bringing the state's death toll to 269 people. That ties the state's record for the most deaths reported in a single day, The Oregonian/OregonLive reported. Oregon's total number of coronavirus cases is now 15,139.

The authority also said an outbreak of 23 cases of COVID-19 has been reported at a Walmart Distribution Center in northeastern Oregon's Umatilla County. The case count includes every person linked to the outbreak, which officials said may include household members and other close contacts to an employee.

The investigation started June 30, but the initial case count was below the threshold for public disclosure, officials said. State and county public health officials are working jointly to address the outbreak and protect workers' health. The rural county had the state's largest amount of cases per capita as of last week.

For most, the coronavirus causes mild or moderate symptoms, such as fever and cough that clear up in two to three weeks. For some, especially older adults and people with existing health problems, it can cause more severe illness, including pneumonia and death.