Seattle Urged to See a 'World Without Law Enforcement' 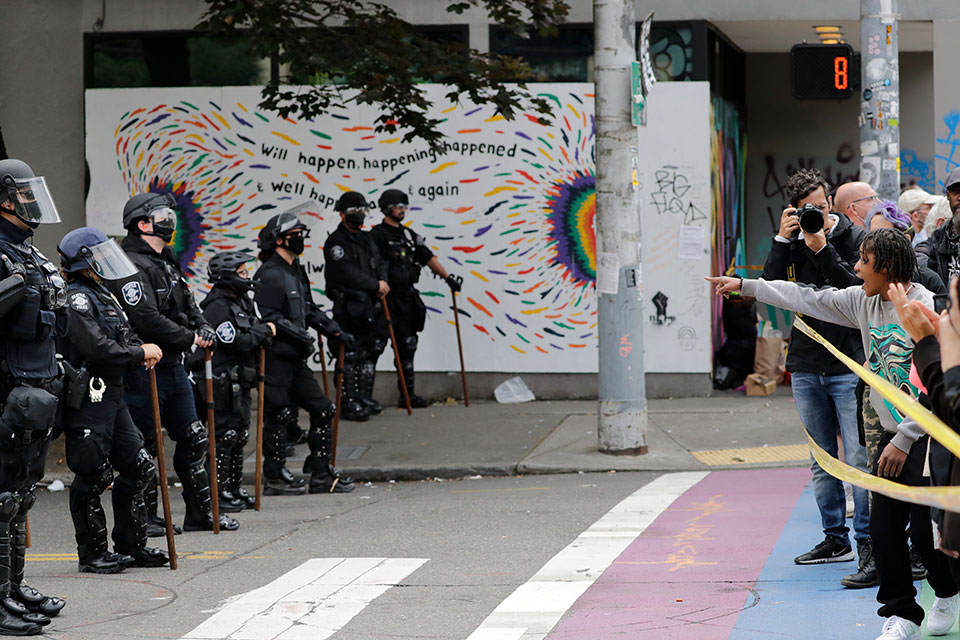 SEATTLE (AP) — Representatives from a new coalition urged the Seattle City Council to immediately begin redirecting millions of dollars in funding from the Police Department to community-based solutions, affordable housing and a new approach to public safety.

“I really, truly do not believe change will happen unless we take away 50%,” commenter Ayan Musse said.

“We have to start imagining a world without law enforcement.”

The Seattle Times reports the Council on Wednesday also heard details about how the city’s 911 system is used, with some members saying they would like to remove Seattle’s 911 dispatchers from Police Department control, as recommended by the group Decriminalize Seattle.

Less dispatch of police by 911

The types of 911 calls Seattle police respond to most are reported disturbances, suspicious circumstances, parking issues, public assistance needs and car crashes, accounting for 41% of all calls. Those are mostly non-criminal issues.

The Police Department’s call center already is staffed almost exclusively by civilian dispatchers, rather than sworn officers, and has an annual budget of about $36 million (its dispatchers transfer some calls to the Fire Department).

“We believe 911 dispatch should be removed from SPD control,” partly because armed police responding to calls too often leads to killings of Black people, said Angélica Cházaro, a representative from Decriminalize Seattle invited to present to the council’s budget committee Wednesday.

“911 calls should be referred, whenever appropriate, to non-police responders.”

Cházaro described Decriminalize Seattle as a grassroots coalition convened during recent protests over police brutality, saying nearly 45,000 people and more than 300 organizations have endorsed its demands that police funding be reallocated and that arrested protesters be released without charges.

The Police Department’s budget is $409 million this year (up 36% over the past five years). Its remaining 2020 budget should be cut by 50% this summer and its 2021 budget also should be halved, Cházaro said.

Council members Tammy Morales, Kshama Sawant, Teresa Mosqueda and M. Lorena González have said 50% of the Police Department’s budget should be redirected; they haven’t yet said exactly how they believe that should happen.

Mayor Jenny Durkan last month proposed about $20 million in Police Department cuts as part of a broader plan to close a $378 million hole that the coronavirus health and economic crisis has ripped in the city’s 2020 budget.

In a letter to council members Wednesday, Senior Deputy Mayor Mike Fong said any “blunt efforts” to slash the Police Department’s 2020 budget by $100 million or more “would not serve our communities.” They instead would necessitate immediate layoffs, “leaving (Police Chief Carmen Best) and the Seattle Police Department unable to conduct basic functions,” he said.

In his letter, Fong said the Durkan administration is working on short-term and long-term strategies to diminish the need for police interventions by investing in community-based solutions and public health.