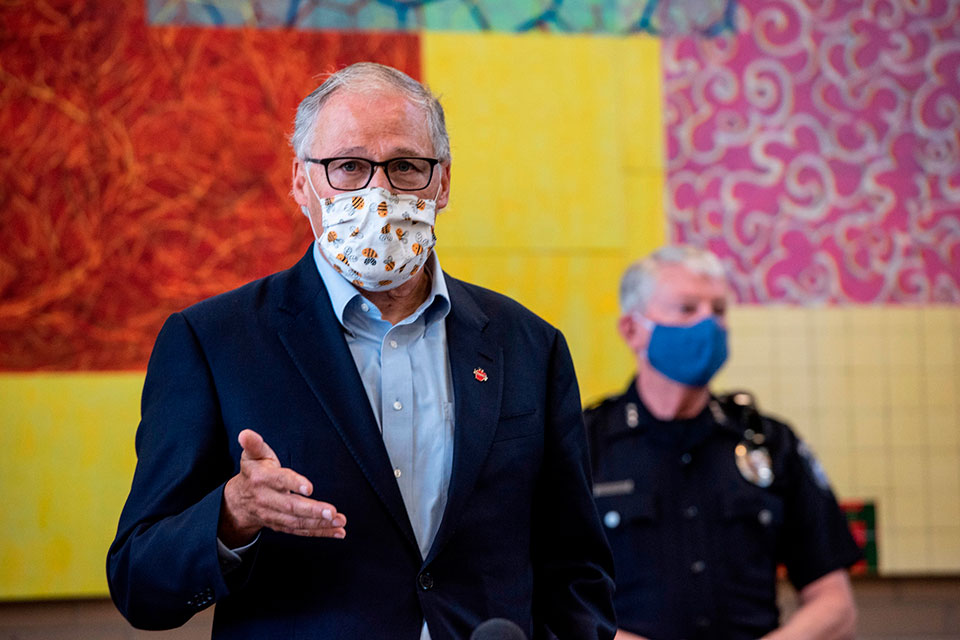 PASCO, Wash. (AP) — Washington Gov. Jay Inslee was heckled and had to cut short his speech Tuesday on battling the coronavirus pandemic in Eastern Washington.

Speaking outdoors at Columbia Basin College in Pasco, Inslee was repeatedly interrupted by hecklers as he urged residents to wear masks to prevent the spread of the virus.

“Open it up,'' one heckler shouted in an apparent reference to widespread business closures in the Tri-Cities of Richland, Pasco and Kennewick. The community is still in Stage I of the pandemic, which means most businesses are shut down.

The heckling continued as a masked Inslee spoke. Finally the Democratic governor, who used to represent the Tri-Cities in the U.S. House, had had enough.

Once inside, Inslee resumed his comments, and wondered why people continued to question the effectiveness of masks.

“”No one voted for those people out in the courtyard today,"" Inslee said of the protesters.

“”This is a pandemic,'' the governor added. “”Only a community response can be successful.''

The Tri-Cities, located in southeastern Washington state, is one of the state's COVID-19 hotspots. Benton and Franklin counties combined have more than 3,000 confirmed cases of the virus and detected cases are rapidly growing.

Inslee recently ordered that residents of Washington must wear masks when in public, and that has drawn intense criticism from some people.