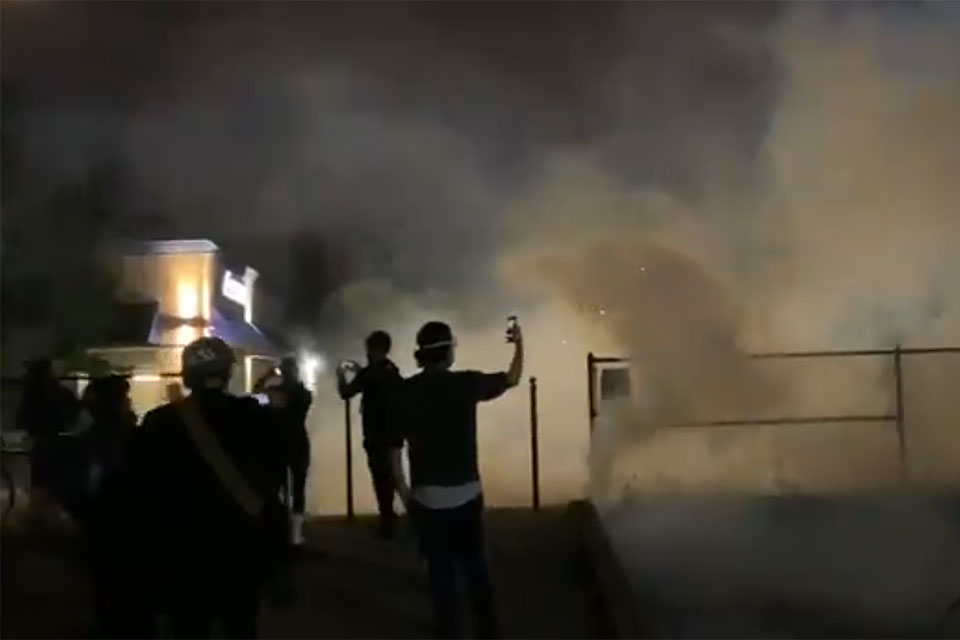 Several arrests were made as protests continued into early Wednesday morning.

Thousands of people have turned out every night for a nearly a month in this liberal Pacific Northwest city since the death of George Floyd in Minneapolis. Most protesters are peaceful, but smaller numbers of people break away most nights and set small fires, tear down fences and statues and clash with police.