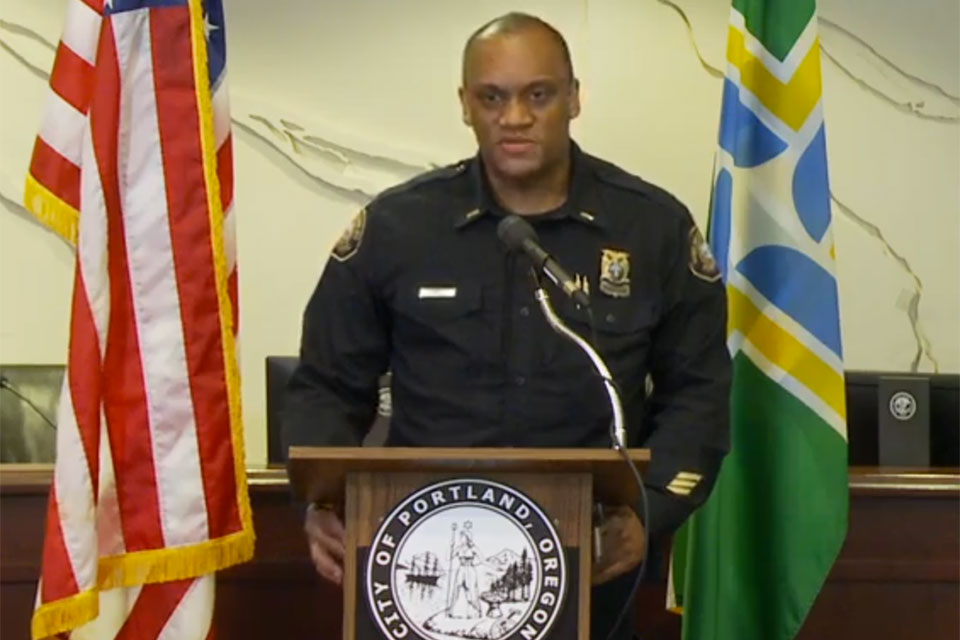 Portland police said in a prepared statement that some of the protesters were attempting to barricade doors of the Justice Center with plastic barricades from a nearby parking lot. Police said some in the group also spray-painted security cameras and aimed laser pointers at officers.

Law enforcement used loudspeakers to tell protesters to leave, then officers used crowd control munitions on the group, according to the police statement. It did not specify which kind of munitions were used.

Police are barred under a temporary federal court order from using crowd-control munitions in situations where people engaged in passive resistance could be injured by the devices.

The restraining order, obtained by the nonprofit group Don’t Shoot Portland on June 9, was originally set to last 14 days, but on Friday a judge extended it through July 24.

The restraining order defines “passive resistance” as non-cooperation with a member that doesn’t involve “violence or other active conduct.”

Some types of crowd-control munitions, such as rubber bullets, are only allowed when lives are at risk.

“It was lots of blood and he was convulsing,” the medic said on the livestream. “He was seizing, and he would not stop seizing.”

Neither the Portland Police Bureau nor the Multnomah County Sheriff’s Office immediately responded to requests for comment from The Associated Press.

Several people at the protest were arrested, though police didn’t immediately release details about the number or types of arrests made.

One officer was given medical treatment after they were injured while arresting someone, according to the police. The injury was not considered life-threatening.

Thousands of people in the liberal Pacific Northwest city have turned out every night for a month since the death of George Floyd in Minneapolis.

Much of the protesting has been peaceful, but early Friday a group of several hundred demonstrators set fire to a precinct building while people were inside, the Portland Police Bureau said. In that incident, police used a type of tear gas to disperse the crowd.