Police Use Tear Gas to Disperse Protesters in Portland 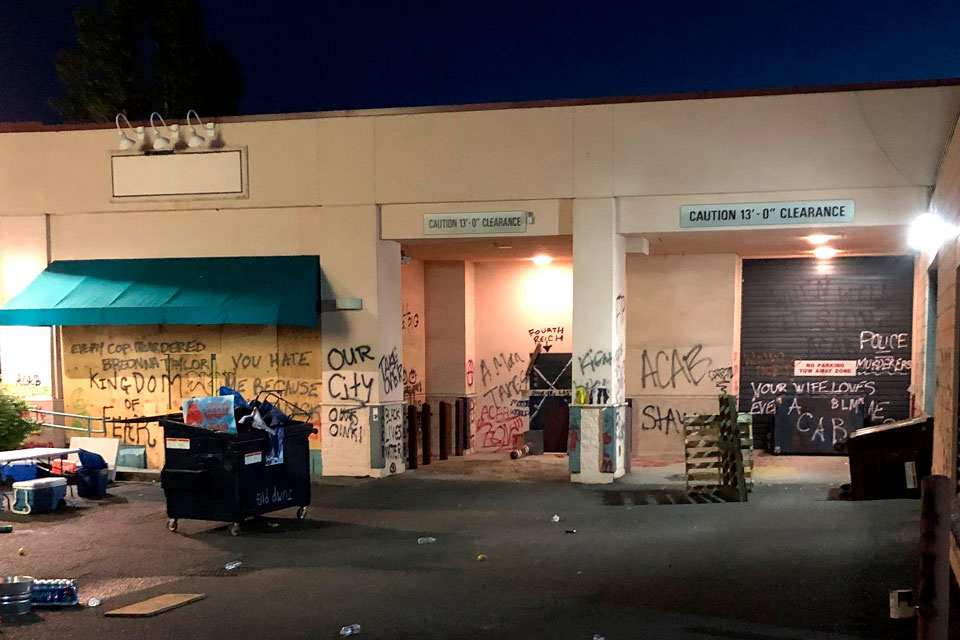 PORTLAND, Ore. (AP) — Some protesters set fire to a police precinct, vandalized businesses and tried to barricade police officers inside their station during a demonstration early Friday morning that ended with law enforcement using tear gas to disperse the crowd, authorities said.

Police said they used CS gas, a type of tear gas, around 2:15 a.m. to disperse several hundred people after the fire was set and someone threw a firework on the roof of the North Precinct station. Protesters also broke windows, spray-painted businesses and tried to erect a barricade around the precinct, police said.

On Thursday afternoon, a smaller group gathered outside City Hall alongside the family of Patrick Kimmons, a 26-year-old Black man who was fatally shot by Portland police officers in 2018. A Multnomah County grand jury declined to charge the two officers who killed Kimmons.

Letha Winston, Kimmons’ mother, urged protesters to apply pressure on Mayor Ted Wheeler and other elected officials to launch a second review of her son’s killing.

Four people were arrested during the demonstration early Friday morning and several officers were injured, including one who was taken to a hospital. The police said information about additional arrests was still being processed Friday. 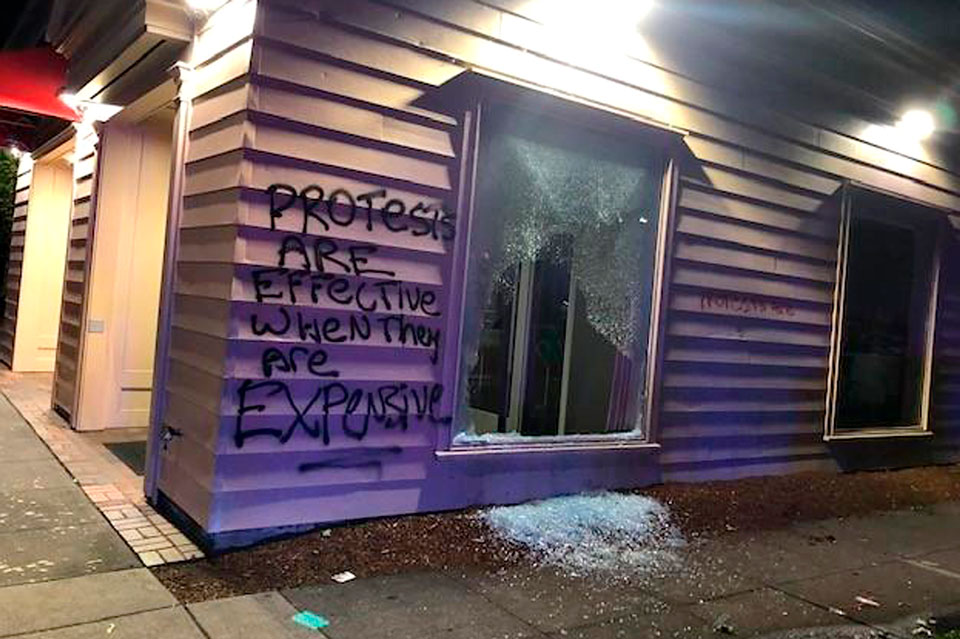 This Friday, June 26, 2020, photo released by the Portland Police Department shows damage after protests calling for an end to racial injustice and accountability for police in Portland, Ore. Some protesters set fire to a police precinct, vandalized businesses and tried to barricade police officers inside their station during a demonstration early Friday morning that ended with law enforcement using tear gas to disperse the crowd, authorities said. (Portland Police Department via AP)The demonstration early Friday was different from past protests in that “the demonstrators during this incident were more aggressive and violent than those seen in past weeks,” according to police.

A federal judge on June 9 issued a 14-day court order barring the launching of the riot-control agent except when a life is at risk. The judge extended the temporary order through July 24.

This is the fourth week of nightly protests over the killing of George Floyd in Minneapolis. The demonstrations have been mostly peaceful, but smaller crowds have engaged with police almost every night.

Earlier this week, Portland’s new Police Chief Chuck Lovell said the protests have cost the city $6.2 million so far. Lovell, who is Black, made a distinction between peaceful demonstrators and smaller groups of violent protesters.

“To move forward, we must shift our focus and resources into productive collaboration and actions alongside the community.

"We cannot do this effectively if the nightly criminal acts and violence continue to pose instability and threat to our community and critical infrastructure,” he said.