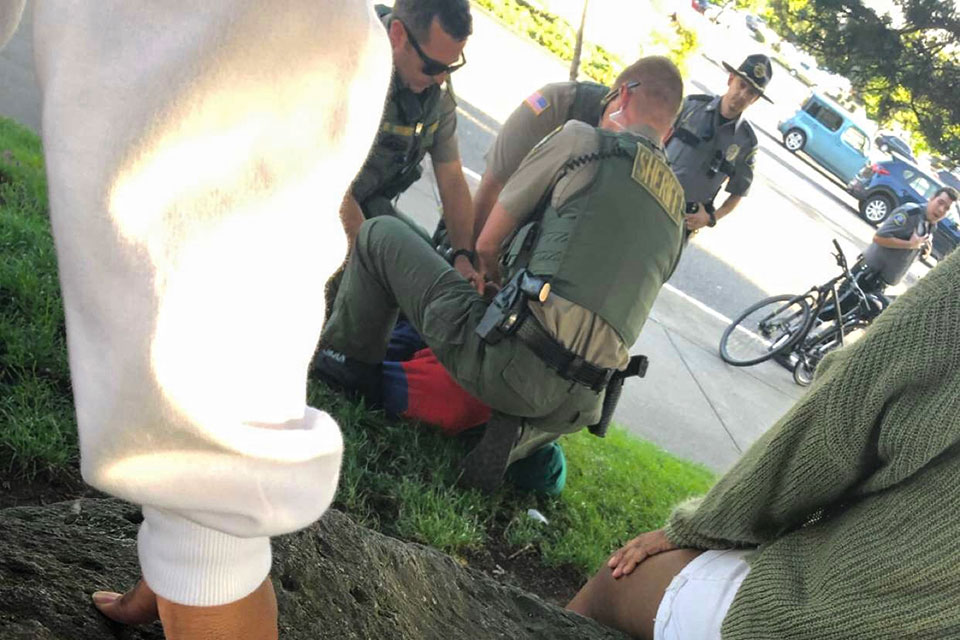 Last week, the firm of Kafoury & McDougal filed civil suits against Clackamas County on behalf of then-12-year-old Ka’Mar Benbo, and the City of Portland on behalf of 27-year-old student and mother Dominique Bouchard. Both sustained injuries after police interactions.

On August 5, Benbo was with friends at the Clackamas Town Center mall when they witnessed a fight between teen girls. Benbo and his friends exited the mall, which is when the group was confronted by sheriff’s deputies responding to a call from mall security. At that point, the suit alleges, deputies immediately confronted and detained Benbo, who is Black and was the only boy in the group. Benbo stated he was elbowed in the face and then pinned to the ground under deputies’ weight, making it difficult for Benbo to breathe. He was then handcuffed, although he was later released at the scene. 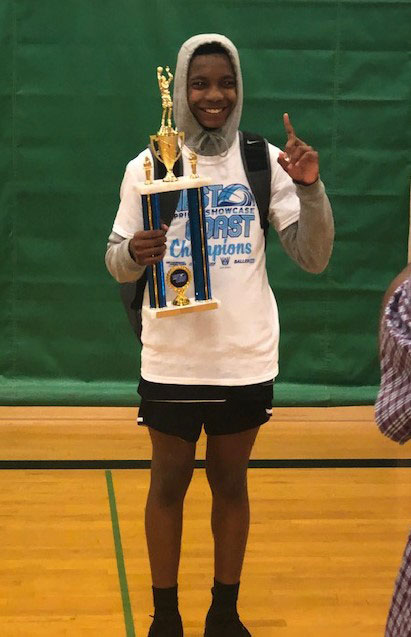 Ka'Mar Benbo, now 13, was arrested and released at Clackamas Town Center mall in August for unspecified charges. A sheriff's deputy held a knee to Benbo's neck as he lay on the ground. According to the suit, during the altercation, Benbo and his friends repeatedly informed deputies that Benbo was only 12 years old.

Benbo’s mother, Jarena McDavid, decided to pursue legal action after the complaint she filed with Clackamas County was met with a tepid response the following month. In a letter dated Sept. 26, Clackamas County Sheriff Craig Roberts said that the officers were exonerated after an internal investigation.

“(Benbo) didn’t understand,” McDavid told The Skanner. “He said, ‘Mom, why aren’t they getting in trouble for what they did? I didn’t do anything wrong. The way they handled me wasn’t right.’”

In response to the lawsuit, Roberts issued an additional statement last week reiterating “(the Professional Standards Unit) did not find that any deputy placed a knee on the juvenile's neck.”

“We do not train deputies to restrict a person's airway or impede their ability to breathe,” Roberts said. “It was determined the involved deputies followed training and policy.”

But a photo taken during the incident clearly shows from behind a deputy with his shin pressed against the back of Benbo’s head and neck.

“(Benbo) was detained at the scene. They let him go.

"And there’s no police report that I’ve ever seen,” Jason Kafoury, an attorney representing Benbo, told The Skanner.

The lawsuit alleges Benbo suffered "impaired ability to breath and wrenching, stretching, twisting, and tearing of the soft tissues about the cervical spine and lumbar spine, contusions and abrasions of the face, headaches, pain, discomfort,” and seeks non-economic damages of $300,000.

“I always had the talk with him, since he was able to catch the bus on his own,” McDavid said. “I always taught him that he is a Black young man, and for some reason, everybody’s eyes are on us. And I did tell him how to conduct himself when he’s out and about. Because he is a young Black boy, sadly, I had to guide him through that at a young age.”

Now, McDavid says her son is more quiet and even more fearful of police. Normally social, Benbo has spent less time with his friends since the incident, preferring to spend time alone in his room.

“He used to be much more goofy,” McDavid said.

George Floyd’s death under the knee of a Minneapolis police officer remind Benbo he could have suffered the same fate.

“He sends me those images in text messages,” McDavid told The Skanner. “He’ll send me police brutality videos. It’s hurting him more now than anything, because he actually went through it, but he survived, thank God.”

The suit hinges on the reasonable person standard, Kafoury explained.

“We did one claim of battery and the question is, would a reasonable person say that taking a 12-year-old boy and grabbing him by the arm when he’s not resisting, hitting him with an elbow in the face, taking him to the ground, handcuffing, and putting a knee on his neck so that it’s difficult to breathe -- is that reasonable under the circumstances?” Kafoury said.  I would say, absolutely no. It’s what we hope a civil jury would say.

"We’re saying they intentionally did this injurious act with the intent to cause harm.”

Blanchard, a student who works in homeless services, attended the ongoing Black Lives Matter protest downtown the night of June 5. She said the demonstrations were peaceful until police gave orders for protesters to clear the area. It was while she was complying, walking westbound on Main Street, when she said police became aggressive.

“They kind of came out in formation of lines, which was really scary, and started stampeding everyone,” Blanchard told The Skanner. “It was like a war zone once it got to that point.”

Two minutes of video footage filmed by journalist Sergio Olmos near the justice center at that time shows the Portland police announcing that the protests are a civil disturbance and that crowds must clear, followed quickly by flash bangs and tear gas.

“At the point where it turns so volatile, it just happens so quickly, how the police switch like that,” Blanchard said.

She described a police officer hitting her in the back of the leg as she left, hindering her ability to walk and "causing extensive bruising, swelling, and soft tissue damage," according to the suit. Blanchard said she was being helped along by another protester when a police officer attacked without warning, pushing her to the ground and breaking her right wrist.

“It was terrifying,” Blanchard told The Skanner.

“It was like this monster was attacking me, a huge man covered in riot gear.

"When he body-slammed me, it threw me a few feet. I had all this adrenaline, and I knew I had to get up and keep running. I ran for a few blocks before I realized, wow, something’s wrong, and found some street medics.” 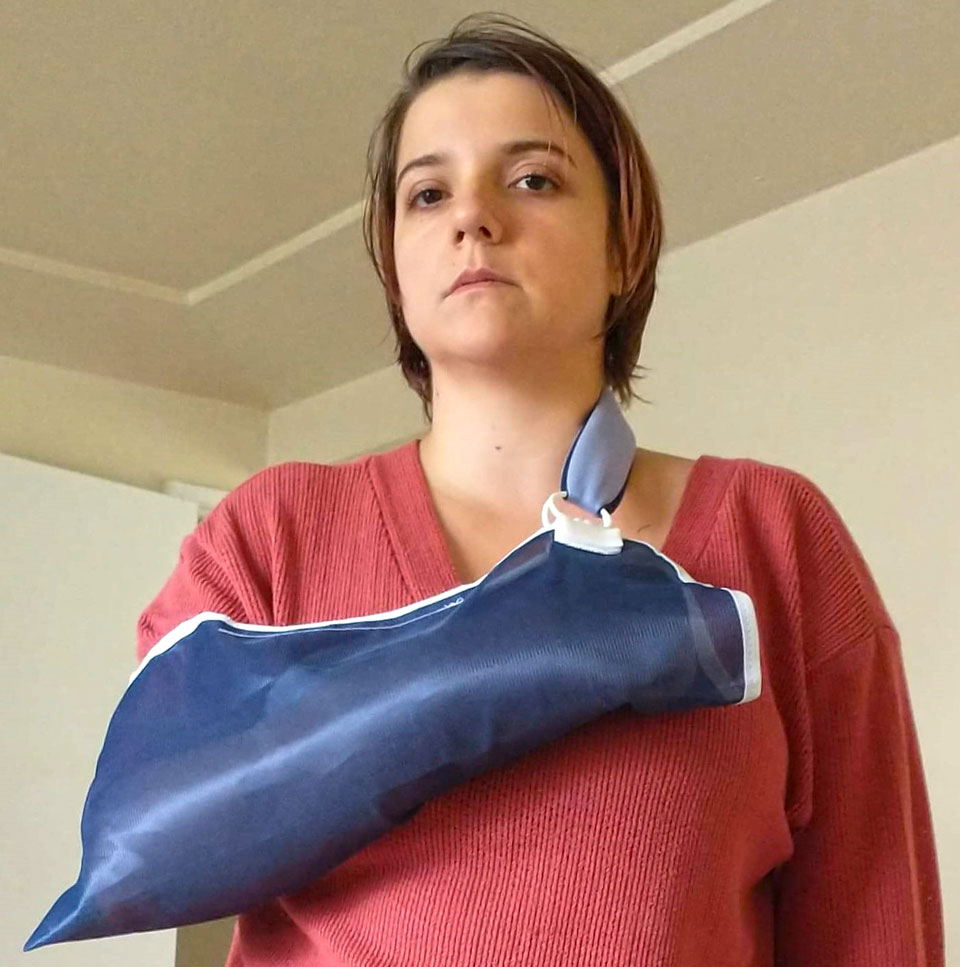 Student Dominque Bouchard alleges she was hit by a rubber bullet and then thrown to the ground by a police officer as she was trying to comply with orders to vacate downtown during a June 5 protest. She has since had surgery on her wrist, and her physicians expect that with rehabilitation, she will be fully recovered in about six months. But like Benbo, she finds herself with residual fear of the police, and described the anxiety she recently felt on seeing a police officer escort an inmate into the waiting room of her surgeon’s office.

Blanchard said she first got involved in activism in 2016, when she went to North Dakota to support Indigenous communities who were protesting the construction of the Dakota Access Pipeline under the Standing Rock Indian Reservation.

“I feel very ashamed that I let something like (the June 6 incident) make me give in,” Blanchard said. “I feel like with time I’ll be able to get over these hurdles. For now, (protesting) takes a backseat and I do what I can from home, and to get over this mental barrier.”

Kafoury & McDougal filed a complaint for assault and battery on Blanchard’s behalf, seeking up to $500,000 in damages. The injuries have hindered her ability to work, the suit says, and Blanchard has been unable to lift her 19-monoth-old child.

“What’s important for me is the collective gain for the movement,” Blanchard told The Skanner. “The morning after it happened, I was trying to take what happened to me as power to the movement as evidence to show that police are brutal and reform is needed.”