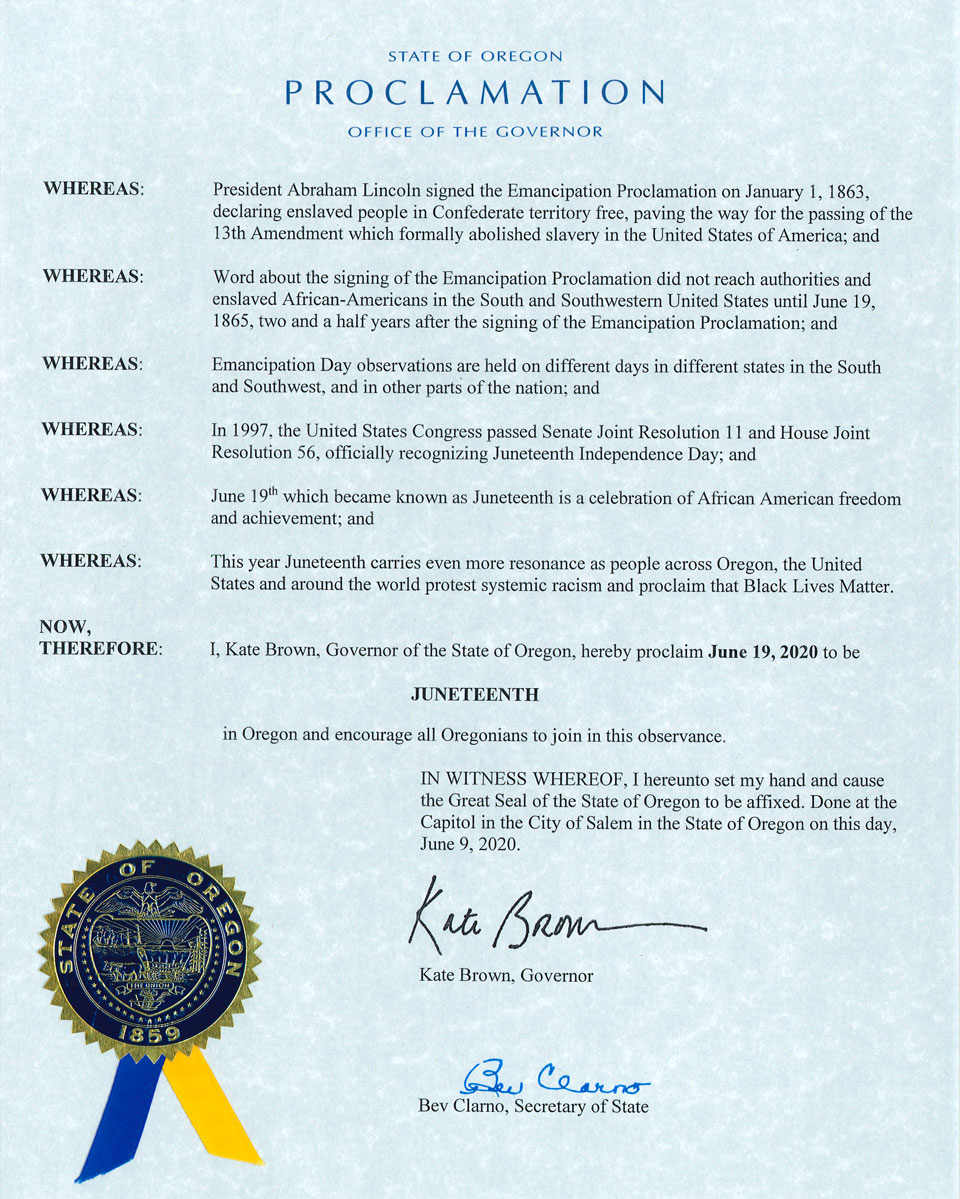 Click the image to view the governor's Juneteenth proclamation larger.Governor Kate Brown announced yesterday that she is proclaiming June 19 as Juneteenth in Oregon—a celebration of Black American freedom and commemoration of the ending of slavery in the United States—and will introduce a bill in the 2021 legislative session that would make Juneteenth a state holiday.

Governor Brown also announced that she is creating a task force focused on statewide law enforcement training, standards, and accountability. “This year, celebrating Black freedom and achievement on Juneteenth is more important than ever as people across Oregon, the United States, and around the world protest systemic racism and unequivocally show that Black Lives Matter," said Governor Brown. "I am proud to officially proclaim June 19 as Juneteenth in Oregon, and I will introduce a bill in the 2021 session to make Juneteenth a state holiday for years to come.

“I know this is a small, yet important step. I encourage all Oregonians to join me in observing Juneteenth by getting educated on systemic racism in this country and getting involved in the fight for racial justice.

"It’s important to me that Oregon is a place that everyone can call home, and thrive.

Brown also announced plans to appoint a Public Safety Training and Standards Task Force to recommend improvements to the training and certification of Oregon law enforcement officers. The task force will be chaired by the Governor's Public Safety Policy Advisor, Constantin Severe, and members of the task force will be announced soon. Their work will focus on developing recommendations for:

“I have been proud to see Oregonians standing up peacefully and making their voices heard in calling for racial justice and real criminal justice reform, even in the middle of this pandemic, because the need for change is so pressing,” said Governor Brown. “But words from leaders aren’t enough. We need action. It’s time for a full review of law enforcement training, certification, and decertification practices.”