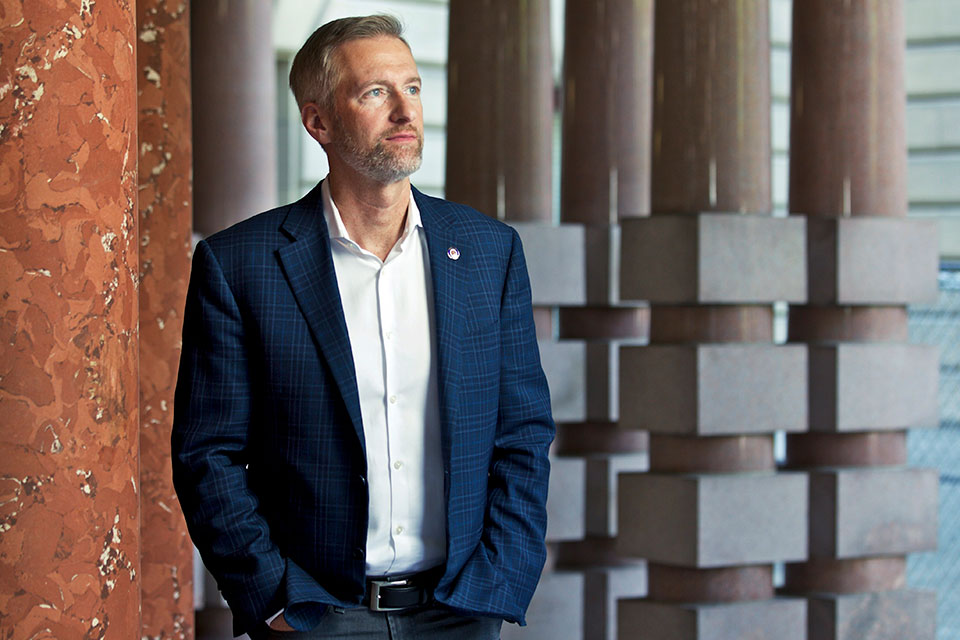 PORTLAND, Ore. (AP) — Portland Mayor Ted Wheeler said Tuesday he will make policing changes that include ending the use of patrol officers on public transit and redirecting $7 million from the police budget and $5 million from other city funds to communities of color.

Wheeler said in a news conference he also plans to dissolve the police gun violence reduction unit, will ban chokeholds and other restraints and will work to reform the use of consent searches in traffic stops.

He said bold action is necessary in the wake of nationwide protests against the death of George Floyd in police custody Minneapolis.

Wheeler said he recognizes specific demands have been made from the Black community to Portland city leaders for the past several years to reallocate dollars and invest in re-imagining public safety.

“I should have acted with greater urgency on these demands,” he said.

The mayor said he believes his privilege as a White man and as mayor shielded him from the uncomfortable truths about Portland’s history and our society.

He also expressed support for the Oregon Legislative People of Color Caucus' call for a special session to take up reform legislation and their pursuit of legislation that would require the state's attorney general to investigate deaths or serious injuries to people involving officers.

Wheeler also said officers will be pulled from public transit by the end of the year and that he and others would create a more trusted police accountability panel, “with more teeth,” than the current Independent Police Review committee under the city auditor's office.

On Monday, Portland Police Bureau Chief Jami Resch stepped down amid criticism of her department’s handling of protests. Lt. Chuck Lovell, who is Black, became the new chief.

Lovell said Tuesday during the news conference that policing is at a crossroads and that he supports investments and steps toward healing in the community.

“We're listening and we're hearing and we're trying to align our department with what the community's been asking for," he said.

"We remain committed to building trust in the community and particularly in communities of color."

He also asked people to support the officers during this time of change and said that officers and detectives will still respond and investigate shootings while the approach to lowering gun violence is reshaped.

He said the union will continue to come to the table on issues of changing police policy, state laws and police accountability. ”But we must also look at the broader impact and the upstream ideologies that affect what we see played out in our communities,” Turner said.

Wheeler said he expects to have some difficult conversations with the union and some debates but said, “We all want this community to be safe.”

Last week Wheeler, along with Portland Public Schools, decided to remove armed police officers from schools in Portland. And Wheeler on Saturday directed the Portland Police Bureau not to use tear gas, or CS gas, unless there was “a serious and immediate threat to life safety.” But the gas was used on protesters earlier this week, police said.

One organizer at a Portland protest Tuesday evening described the mayor’s proposed police changes as upsetting, because they did not go far enough, The Oregonian/OregonLive reported.

“I want Ted to know that we’re out here,” the speaker said, referring to Wheeler. “We’re going to continue being out here, and that you have not done nearly enough.”