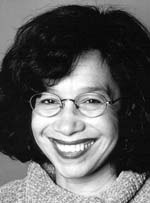 Jacqueline Moscou has been reinstated as artistic director at the Langston Hughes Performing Arts Center, and city officials say it's time for Moscou and the staff to resolve their differences for the good of the center that has exposed generations of African-American talent.
Moscou was placed on administrative leave in October after a report by an independent consultant suggested she made racially offensive and intimidating comments to and about her Asian American colleagues.
Past and present staffers described Moscou as, "often arrogant, abusive, selfish, manipulative, inconsistent, uncooperative, rude, racially biased, condescending, two-faced, unsupportive and controlling," the consultant, Mary L. Sebek, wrote.
The mayor's office asked the Seattle Parks and Recreation Department, which operates the Central District arts facility to look into the concerns raised in the report.
The parks department reinstated Moscou on Thursday and would not discuss their reasoning, calling it a personnel matter.
With Moscou's return, Parks Department officials say, employees inside Langston Hughes, where relationships for years were strained and allegiances divided, will need to look beyond what happened so that the center can "become whole again."
Mickey Fearn, the department's community-connections manager, said that in the coming weeks, the department will unveil a plan for transforming the center.
"We have to invest a lot of energy and effort in trying to make this place whole again, taking into consideration all the psychological damage that exists within that organization," he said.