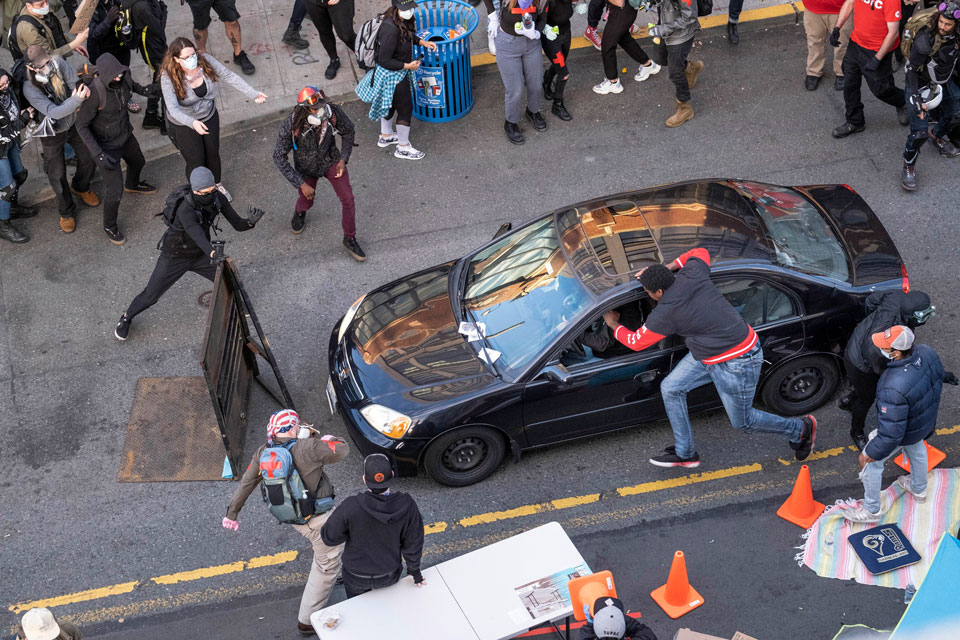 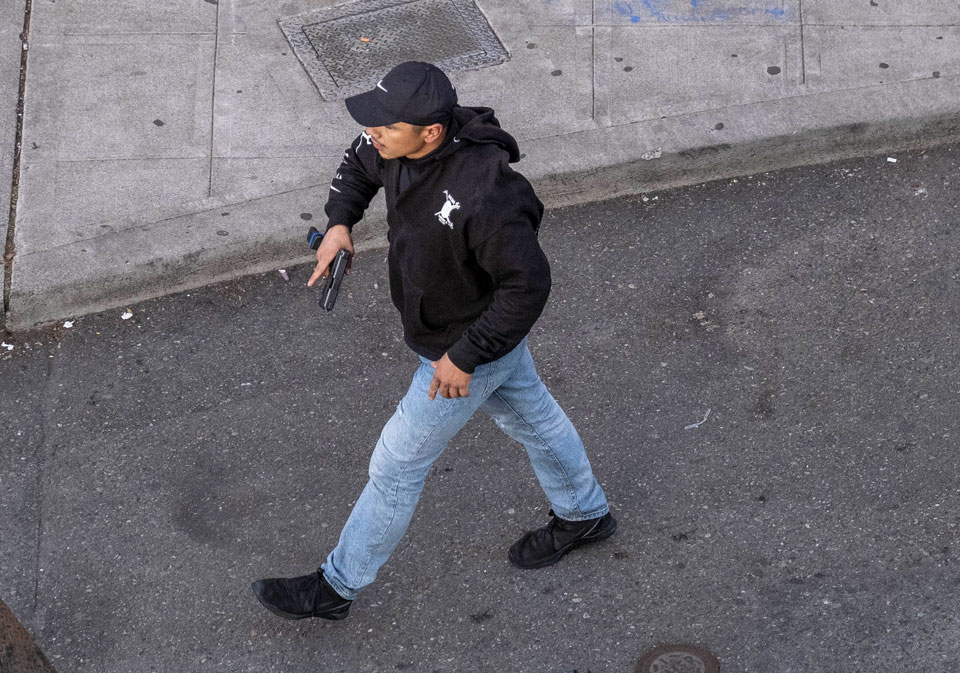 A man holds what appears to be a firearm after having driven at George Floyd protesters Sunday, June 7, 2020, in Seattle. Authorities say the man hit a barricade then exited the vehicle brandishing a pistol. At least one person was injured. (Dean Rutz/The Seattle Times via AP)SEATTLE (AP) — Police in Seattle again used flash bangs and tear gas to break up a crowd of George Floyd protesters overnight after authorities said people throw rocks and fireworks at officers, but City Council members say police overreacted.

The mayhem Sunday night in the city’s Capitol Hill neighborhood happened for a second night in a row.

Earlier Sunday, a man drove a car at protesters, hit a barricade and got out of the vehicle brandishing a pistol. At least one person was injured, a 27-year-old male who was shot and taken to a hospital in stable condition, the Seattle Fire Department said. Police said the suspect was taken into custody.

Seattle Police Chief Carmen Best told MSNBC on Monday that the driver's motive is not known but it was clear that he was driving into the crowd, and not having a mechanical problem. The protester was shot after the car stopped, she said. 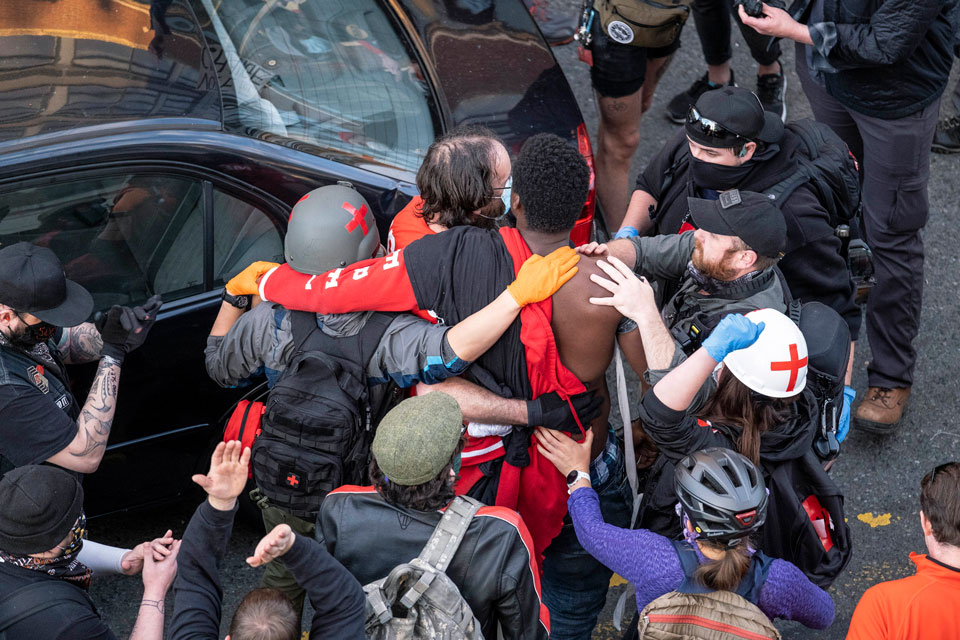 An injured man is taken away from the scene after a gunman drove toward protesters Sunday, June 7, 2020, in Seattle. (Dean Rutz/The Seattle Times via AP)“One person from the crowd was wrestling with the driver when the driver pulled out a gun and fired at least one round, striking the protester in the shoulder,” she said.

Video shows the protester drop to the ground as the driver got out and waved the gun at the crowd. He was arrested soon after that near where hundreds of demonstrators have gathered for days near a police precinct station.

Hours later, the crowd became unruly and started throwing objects, police said. Police ordered people to disperse and said in a Tweet that “CS gas has been authorized," referring to tear gas.

The authorization to use it came after Mayor Jenny Durkan and Police Chief Carmen Best on Friday announced a 30-day freeze on tear gas and a review of use of force after complaints from protesters and local elected officials. Police have said they must deal with a small criminal element within protests, but City Council members have said officers' responses have been extreme.

Why!? Everynight, why!? @MayorJenny you just spoke about isolating any danger, but this just endangers everyone. The streets are FILLED WITH GAS. Reporters at @TheStranger insta talking about not being able to breath and their faces burning 3 floors up. Families live here! STOP! https://t.co/pZg9GactK0

“Why!? Everynight, why!?” Council member Teresa Mosqueda said in a tweet early Sunday to Durkan. “...you just spoke about isolating any danger, but this just endangers everyone. The streets are FILLED WITH GAS.”

On Saturday night, police also used flash bang devices and pepper spray to disperse protesters on Capitol Hill after they said rocks, bottles and explosives were thrown at officers. Best said six officers were injured, including two who were taken to a hospital.

Durkan Sunday night said she would freeze spending on police technology, weapons, vehicles and buildings until further talks with community members and find $100 million in budget allocations for community needs. That money will not come from police budgets, as many protesters have demanded, Durkan said.

Best said police “want to meet peace with peace” but that officers must protect themselves, law enforcement facilities and demonstrators from “bad actors” in the protest crowds.

Protesters have gathered across the U.S. and around the world to demonstrate against the death of Floyd, the handcuffed Black man who died after pleading for air as a White Minneapolis police officer pressed his knee on Floyd’s neck.