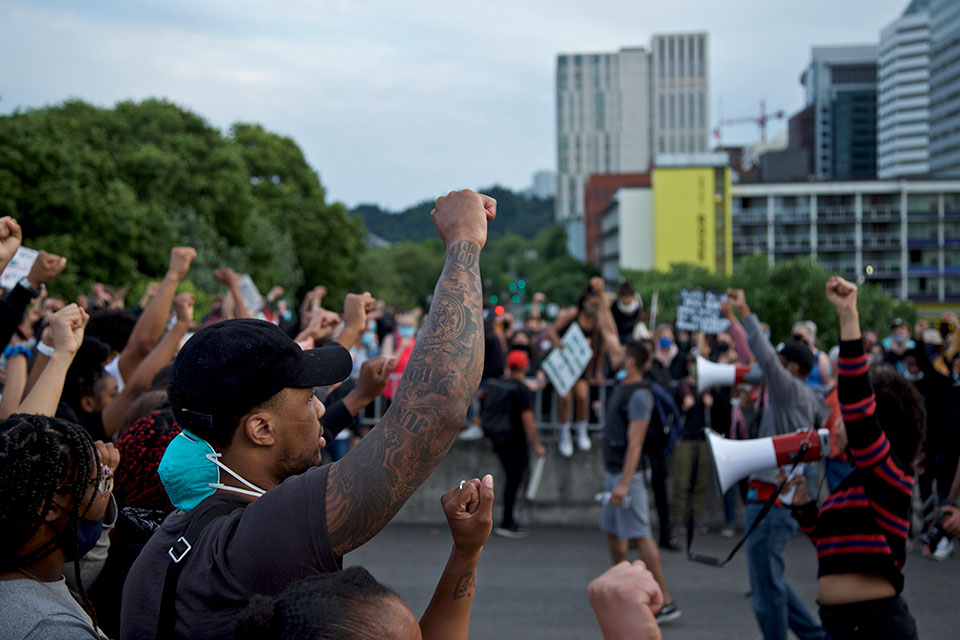 Thousands of protesters marched for the seventh consecutive night Thursday in Portland, Oregon to decry the death of George Floyd.

NBA Portland Trail Blazer star Damian Lillard walked at the front of the crowd arm-in-arm with young demonstrators as they crossed the Morrison Bridge over the Willamette River and made their way to a large riverside park for a rally and speeches. Hours later, a smaller group gathered outside the Justice Center but also remained largely peaceful, police said. 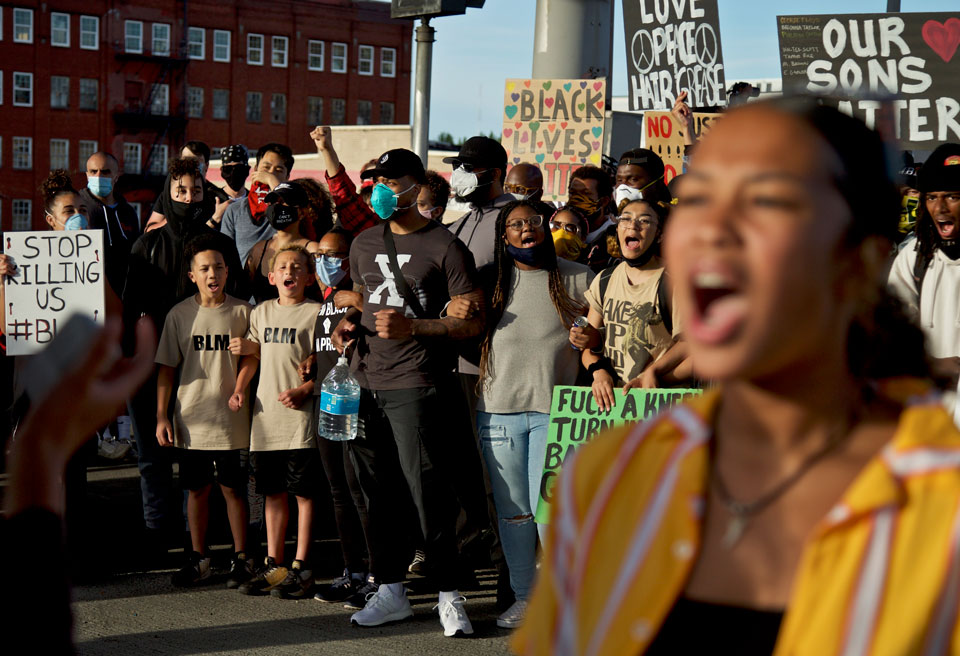 Portland Trail Blazers' Damian Lillard, center, joins other demonstrators in Portland, Ore., during a protest against police brutality and racism, sparked by the death of George Floyd, who died May 25 after being restrained by police in Minneapolis. (AP Photo/Craig Mitchelldyer)Around 1:30 a.m., after most protesters had gone home, several hundred people remained downtown and set fires, engaged in street-racing, threw projectiles and pointed lasers at officers’ eyes, according to the Portland Police Bureau. Officers used a sound device that emits loud, high frequencies to deter those people. Twelve people were arrested, according to police.

“For another night, thousands of peaceful demonstrators were able to demonstrate, march, and express their first amendments rights in a safe manner. We thank them once again for managing a successful event,” said Police Chief Jami Resch. "We will continue to facilitate free speech and assembly and focus efforts on arresting those who engage in criminal activity that reduces our public safety.”