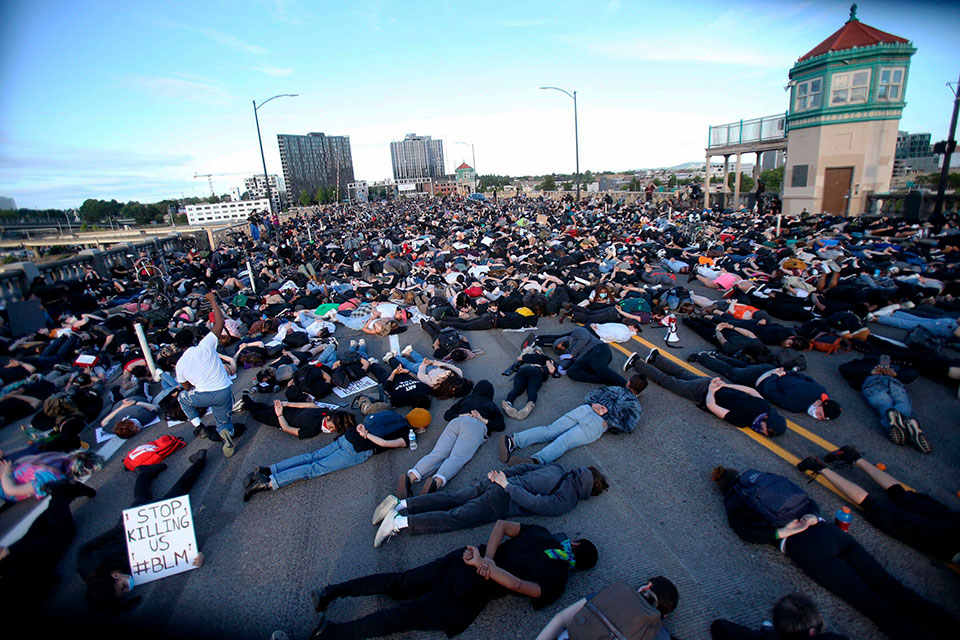 PORTLAND, Ore. (AP) — More than 10,000 people demonstrated peacefully in Portland in one of the largest U.S. protests Tuesday before police say late in the evening a group of several hundred broke away and engaged with police, who used flash-bang grenades and tear gas on them.

Police Chief Jami Resch said Wednesday some people tried to tear down a fence protecting a police building and threw mortars, glass bottles, and baseball bats at officers who were trying to secure the fence.

Protests have erupted across the globe over the police killing of George Floyd in Minneapolis last week. Floyd, a handcuffed Black man, died after a Minneapolis police officer pressed his knee into his neck as he pleaded for air. 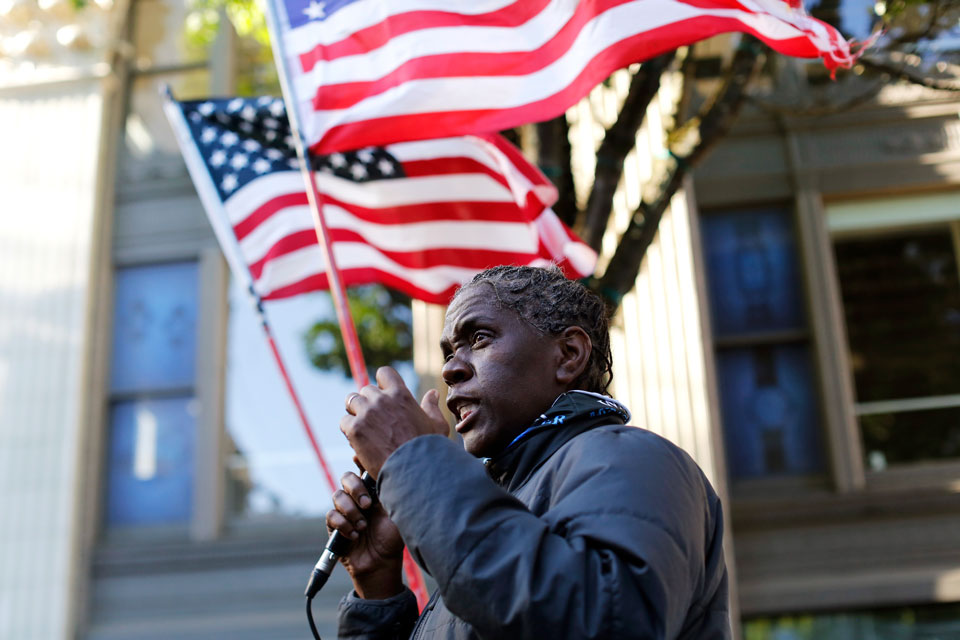 A protester demonstrates in and around Pioneer Square in Portland, Tuesday evening, June 2, 2020, following the death of George Floyd, a Black man who died in police custody on Memorial Day in Minneapolis. (Sean Meagher/The Oregonian via AP)Early Wednesday in Portland, police said a large group used barricades to block an intersection and pallets and other items were used to create a large pile. A bucket of what police believe to be an accelerant was poured on it and police said officers drove through the pile to prevent it from being ignited.

Police also said Wednesday that police leaders are looking into a news video showing a police vehicle striking a barricade, causing people to jump out of the way and raising questions about how the Portland Police Bureau has interacted with crowds. Resch said Wednesday she had not seen the video and was unsure if that was a separate incident from the one involving the belief that accelerant was used, The Oregonian/OregonLive reported.

Officers arrested or detained more than 12 people before most people left the area around 2 a.m., police said. One firearm and a replica firearm were taken by police, authorities said.

“There are many thousands of you who are not involved in violence and destruction and I thank you" Resch said.

“I still hear your message and know the others who are engaging in criminal acts do not represent you. Many others aggressively engaged in acts of violence directed at the police tonight.”

On Wednesday evening in Portland, news cameras showed a large crowd of protesters marching in the city and onto the Morrison Bridge chanting, “We can’t breathe,” “Black lives matter,” and at one point kneeling on the bridge. People along the route were handing out water and pizza, The Oregonian/OregonLive reported.

Noelani Johnson told the newspaper she decided to attend the protests for the first time.

“I’m here because I’m tired of feeling like an outcast in my country, and I want to see changes,” she said. “I think the turnout here has been really impressive. It shows that racism is finally being recorded, and that we’ve all had enough.”

Portland Mayor Ted Wheeler said via tweet late Wednesday afternoon that he had signed a pledge promoted by former President Barack Obama to address police use of force policies.