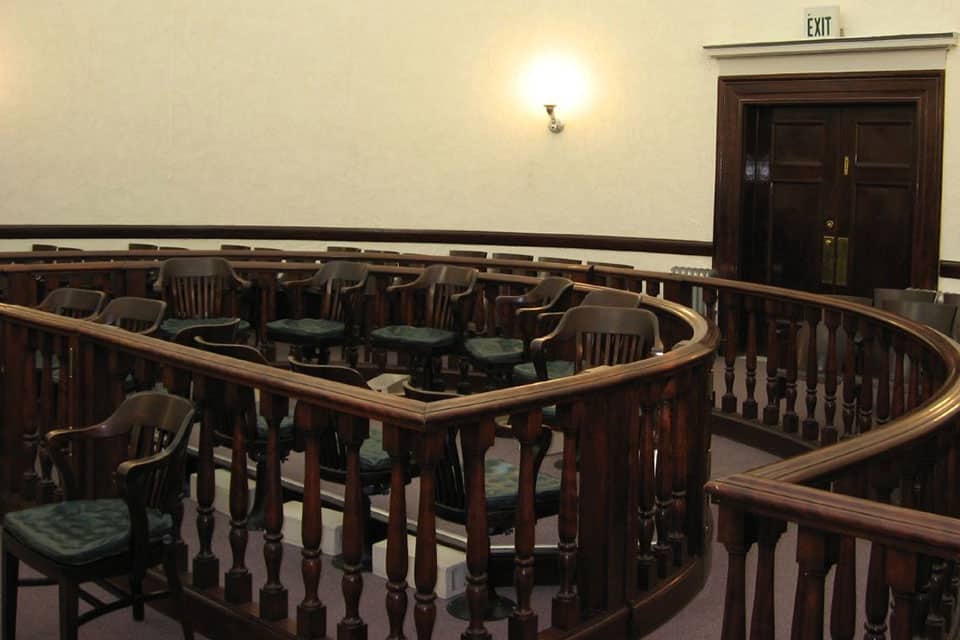 SALEM, Ore. (AP) — Oregon's top two courts on Thursday began reversing convictions by nonunanimous juries, the first of hundreds — and perhaps thousands — of cases that are being scrutinized after the U.S. Supreme Court ruled in April that nonunanimous jury verdicts are unconstitutional.

“The county prosecutor can decide to drop the charges, proceed with the charges or, perhaps, try to negotiate a settlement,” said Marc Brown, an Oregon public defender who works on appeals. “For example, there may be a case in which the defendant already served most of their sentence so the prosecutor may offer time served in exchange for a plea.”

On May 11, a top Oregon Department of Justice official said 269 convictions should be reversed and remanded for new trials. The list will only grow, Solicitor General Benjamin Gutman said in a May 11 letter obtained by The Associated Press.

One of them was the conviction of Robert Chaffee for assault.

One day in 2016, Chaffee got into a heated argument on a driveway, near Medford in rural Oregon, with a man named Richard Hoglen. Chaffee then got into his SUV. A police report describes what allegedly happened next.

“Chaffee then rammed the gate with Hoglen behind it. Chaffee’s vehicle progressed through the gate and over Hoglen,” the police report says. Hoglen suffered “substantial injuries to his legs, ribs and face.”

A jury in Jackson County Circuit Court acquitted Chaffee of attempted murder. But — in nonunanimous verdicts — the jury convicted him of two counts of assault. He was sentenced to seven-and-a-half years and is currently in an Oregon state prison.

His case remains one of those that are pending before the state's top courts. Jackson County District Attorney Beth Heckert is already preparing to get Chaffee back in court for a retrial. The circuit courts are generally named for the counties where they're located, but are part of the state court system.

“We are reviewing all the evidence and witnesses to prepare for a new trial,” Heckert told AP in an email.

Among the convictions that the state Supreme Court reversed was the conviction, in 2017, by a nonunanimous jury in Crook County Circuit Court of Myron Newell of sex abuse in the first degree, with the victim being a girl.

“He had no criminal history at all before this one nonunanimous conviction,” said Ryan Scott, one of Newell's attorneys. “He is 91 years old and cannot dress himself without help. He should be at home, on his farm, with his wife of more than 60 years.”

Oregon Attorney General Ellen Rosenblum had asked the U.S. Supreme Court not to declare nonunanimous verdicts unconstitutional, saying that doing so could invalidate as many as thousands of convictions in Oregon, the only state that allowed nonunanimous verdicts after Louisiana dropped the provision in 2018.

In many older cases, retrial will likely be impossible because over the passage of time "witnesses disappear, memories fade, and evidence is lost,” Rosenblum wrote.

No murder convictions are among the many facing potential reversals because juries needed to be unanimous to convict on a murder charge.

One unintended consequence of the Supreme Court’s ruling is that the Oregon Department of Corrections will likely transfer many prisoners to county jails for retrials, just when those facilities are trying to reduce their populations because of the coronavirus pandemic.

“Suddenly, there will be an inflow of people from DOC to the county facilities,” Brown said.