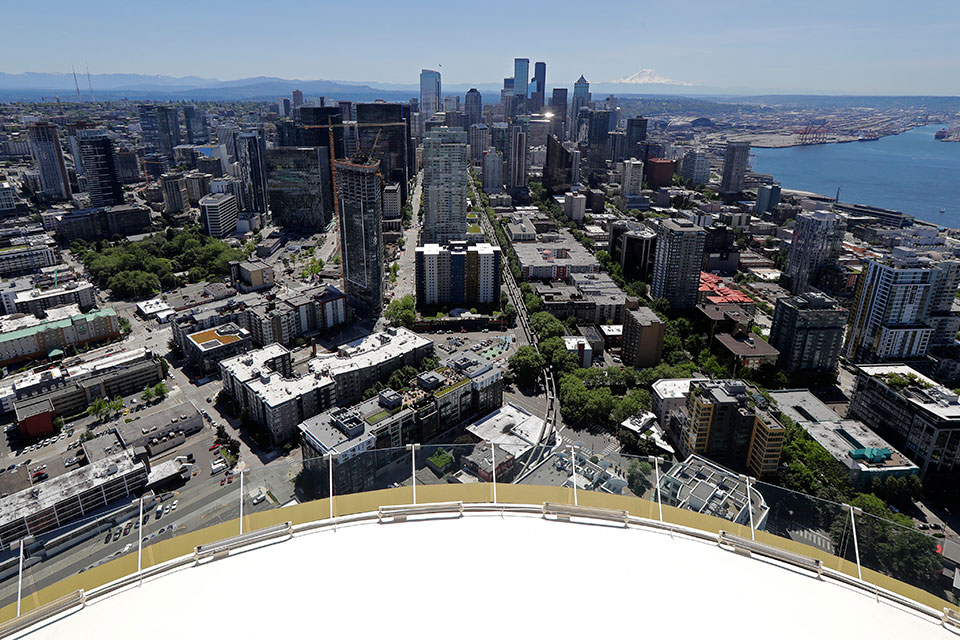 OLYMPIA, Wash. (AP) — Washington Gov. Jay Inslee announced Wednesday that churches, mosques and synagogues can resume in-person services, with those in counties in the second stage of the state’s COVID-19 reopening plan allowed to have smaller in-building services and the remainder limited to outdoor services with no more than 100 people.

Religious organizations are required to have a plan that encompasses sanitation and physical distancing of seats or pews, limiting access points to buildings, and requiring all employees, members and visitors to wear face coverings, regardless of whether the service or event is inside or outside.

There also must be no direct physical contact, and anything to be consumed — such as a communion wafer — may not be presented in a communal container or a plate. Additionally, while singing is permitted during a service, people must keep face coverings on, and choirs will not be allowed to perform during services.

“So this has been a difficult issue about how we simultaneously defeat this virus and maintain our congregations.” 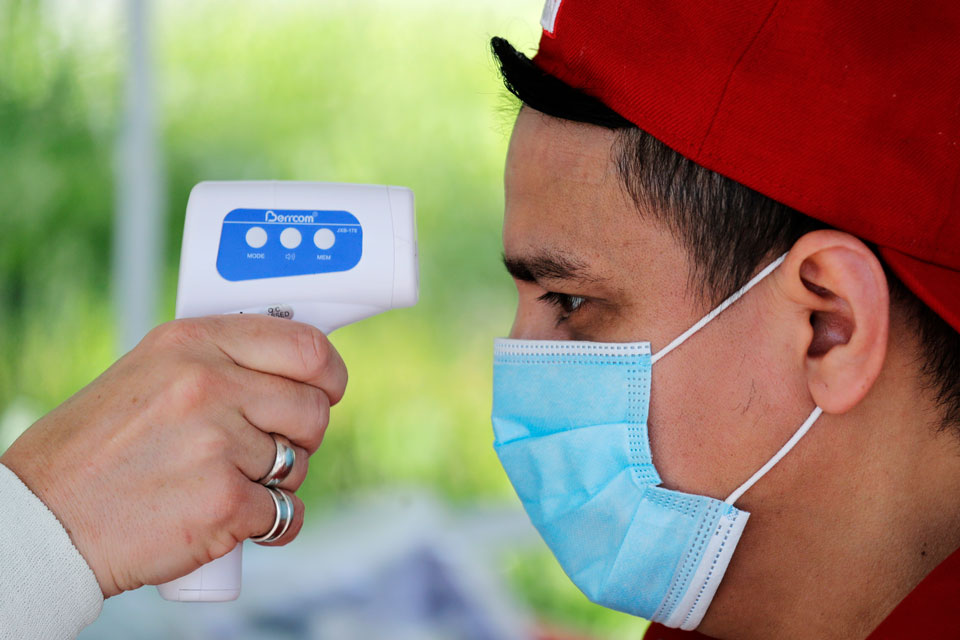 Edwin Hernandez has his temperature checked as part of a screening for coronavirus symptoms at a portable testing site for maritime workers at Fisherman's Terminal Wednesday, May 27, 2020, in Seattle. The U.S. has surpassed a jarring milestone in the coronavirus pandemic: 100,000 deaths. That number Wednesday is the best estimate and most assuredly an undercount. (AP Photo/Elaine Thompson)Twenty-four of the state’s 39 counties are now in Phase 2 of the four-stage process announced earlier this month. Under the guidance issued Wednesday, organizations in Phase 2 can hold in-person services with up to 25% of the building’s capacity, or 50 worshipers, whichever is less. It also allows up to five people for in-home services or counseling. For counties in Phase 1, the outdoor services must be held on the organization’s property or an adjacent property.

The services covered under the new guidelines include all worship services, weddings, funerals and religious study classes, ceremonies and holiday celebrations. Religious organizations are being encouraged — but not required — to keep a log of attendees at each service to help trace cases in case of an outbreak.

The current metric that counties must meet to qualify for approval to move ahead to the second stage is having fewer than 10 new cases per 100,000 residents over a 14-day period. Their application to the state must include a local public health officer’s recommendation, a letter from hospitals confirming bed capacity, and a county commission vote. The counties also have to submit testing data and information on resources available for contact tracing investigations.

King County, which includes Seattle, is among the 15 counties still in Phase 1. June 1 had been a goal for all of the counties to be in Phase 2, but Inslee said that some of those counties are not likely to advance by then due to current case counts in some areas, including Yakima.

Washington’s stay-at-home order has been in place since March 23, and business closures across the state have led to more than 1.1 million people to file for unemployment benefits.

Several restrictions have been lifted over the past month, and existing construction has resumed, as has allowance of fishing and golf, and the reopening of most state parks, as well as curbside pickup for retail sales.

The second phase of the state’s reopening plan allows camping, and new construction, as well as in-store retail purchases, with restrictions. Barber shops and salons can also reopen in that phase, and restaurants could reopen at half capacity and table sizes limited to five. The third phase expands group gatherings to 50 or less, including sports activities, and allows restaurants to increase capacity to 75 percent. Gyms and movie theaters could reopen at half capacity, but nightclubs and entertainment venues will still remain closed during this phase.

Most public interactions resume in the final phase, with bars, restaurants and entertainment and sporting venues returning to their maximum capacity. Inslee has said the public should expect a minimum of three weeks between phases.

More than 20,400 people in Washington state have tested positive for the coronavirus and at least 1,095 have died. The virus causes mild to moderate symptoms in most patients, and the vast majority recover. But it is highly contagious and can cause severe illness and death in some patients, particularly the elderly and those with underlying health conditions.