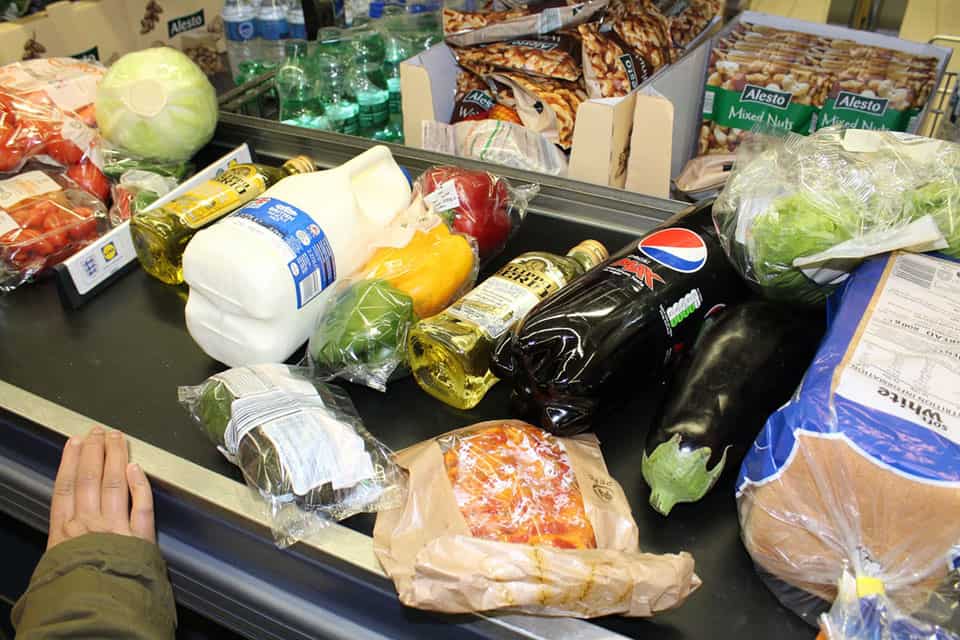 The United Food and Commercial Workers international union has written to 49 supermarket CEOs, urging them to continue paying workers a higher rate to work during the coronavirus health crisis.

Walmart, Costco, Whole Foods, and other larger grocery stores say they are stopping emergency pay and protections for grocery workers who are working on the frontlines of the coronavirus outbreak. But the UFCW says grocery workers are still losing their lives, estimating that at least 65 grocery workers have died, while 9,810 have been infected or exposed to infection.

The UFCW has sent a letter to 49 CEOs of top U.S. supermarket chains across the country, including:

In the letter UFCW International President Marc Perrone urged them to reverse the decision to end so-called hazard pay for their employees, and to publicly recognize that the health risks posed by the COVID-19 pandemic continue to cost lives all across the country. UFCW called for the CEOs, most of whom continue to work from home even as their workers face dangerous conditions, to make the right decision and extend hazard pay until the risk of the virus has abated.

“Millions of American grocery workers have been rightfully called essential by our nation’s elected leaders. Given the daily risks faced, these workers deserve critical protections, benefits, and a higher wage for as long as this public health crisis endures. That your companies are even considering cutting the pay of these frontline workers, while you experience record sales, is shocking in its indifference.

“Workers are still dying, including many of your own frontline employees. Every one of your grocery workers are still being asked to risk exposure to this virus and work in dangerous conditions that require them to wear protective equipment on the job. You are suggesting that frontline workers should work for less because the threat has diminished even as you and your entire executive teams continue to work from home.

“If you truly believe that the threat of COVID-19 has passed for your workers, then you should be willing to admit this publicly. Until that day comes, you have a responsibility to provide your workers with essential protections and benefits, including so-called hero/appreciation/hazard pay, until this terrible threat has passed.

“For the sake of these workers, our families, and our nation’s food supply, we ask you to remember your responsibility to ensure that these workers are receiving the premium pay that they have rightfully earned by facing the very risks that so many Americans—including all of you—have been lucky enough to avoid.”