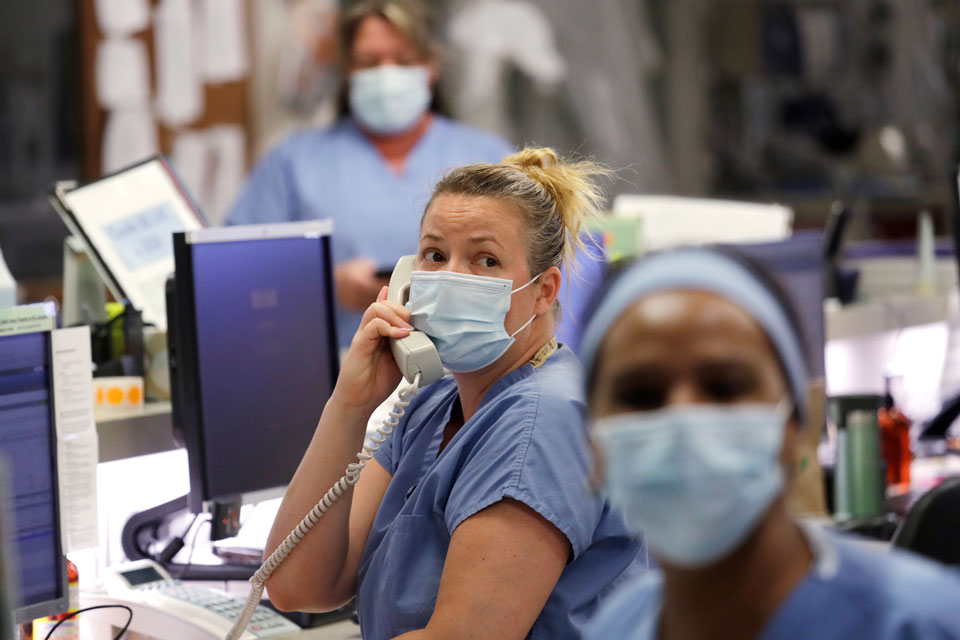 OLYMPIA, Wash. (AP) — More than 1,300 people in Washington state have been trained and are ready to work with local health departments to do contact tracing once a case of the coronavirus has been confirmed in a county.

At a news conference Tuesday, Gov. Jay Inslee said that of those already trained, 351 are from the National Guard, 390 are from the Department of Licensing and 630 are state or local health professionals. He said that number could be expanded even more in the coming weeks.

Inslee said that while the social distancing efforts that have been in place since March have been frustrating, they have been “significantly effective.”

“Now as we attempt to transition to open back up our economy, we are simultaneously moving to this second initiative of testing, contact tracing and isolation,” he said.

More than 17,330 people in Washington state have tested positive for the virus and at least 962 have died. The virus causes mild to moderate symptoms in most patients, and the vast majority recover. But it is highly contagious and can cause severe illness and death in some patients, particularly the elderly and those with underlying health conditions.

Inslee said that the goal continues to “box in” the virus by first having people who think they have symptoms to quarantine themselves and seek testing. The goal, he said, is to contact those who test positive within 24 hours of testing and to contact those the people came in contact with within 48 hours.

He said that testing data will only be accessible to health professionals, and those contacted about a potential exposure will not be given the identity of the person who has tested positive.

Kittitas County Public Health Administrator Tristen Lamb, said that after weeks with no cases her county is now dealing with an outbreak, and that “state and local partnership has never been more crucial.”

“This disease isn’t stopping at out county’s border,” she said, saying her county needs investigators and “we need them now.”

“Case and contact investigation needs to be done in real time for it to be effective,” she said. “Now that we’re in the midst of outbreak, our No. 1 limiting factor is truly time.

"The longer it takes for us to do this work, the longer COVID-19 is in our communities.”

Inslee's announcement about the trained contact tracers comes as eight counties have been given approval to relax some COVID-19 stay-at-home restrictions early as the state move through a four-stage reopening process.

Washington State Secretary of Health John Wiesman on Monday approved applications from Wahkiakum, Skamania, and Stevens counties to move into Phase 2 of the reopening plan. Columbia, Garfield, Lincoln, Ferry and Pend Oreille counties had previously been given the go-ahead to enter Phase 2. In Phase 2 among the things that would be allowed are in-store retail purchases, with some restrictions, hair salons and barbers reopening and restaurants at half capacity, with tables of no larger than five people.

Among the guidance issued by Inslee as it relates to partial reopening of restaurants who are offering table service, is the creation of a daily log of customers and contact information for them in order to facilitate contact tracing efforts.

Inslee said Tuesday that he is continuing to work with the state's restaurant association to refine the guidance and to ensure protocols protecting privacy are in place, and that the information is only used during a contact tracing investigation.

“We want to be able to open restaurants.

"People are anxious for that,” he said. “And we want to do some common sense things so that if someone does have an infection in a restaurant, we will be able to save other patrons' lives. We ought to be able to do both.”

Inslee last week announced that his stay-at-home restrictions would be extended through at least May 31 and said there will be a four-stage phase in for lifting of restrictions. There will be a minimum of three weeks between each phase, but rural counties that meet certain metrics are allowed to apply to speed up the phases.

Inslee has already eased some restrictions across the state, allowing the resumption of fishing and golf, and the reopening of most state parks. And last Friday Inslees said that curb-side retail sales in Washington could begin almost immediately for businesses with reopening plans approved by health officials.

As for when the majority of the state may be able to move into the next phase of reopening, Inslee said he was hopeful that could occur on June 1 but said that was “not fixed in stone.”