Oregon Gets Doses of Good News in Battling Coronavirus 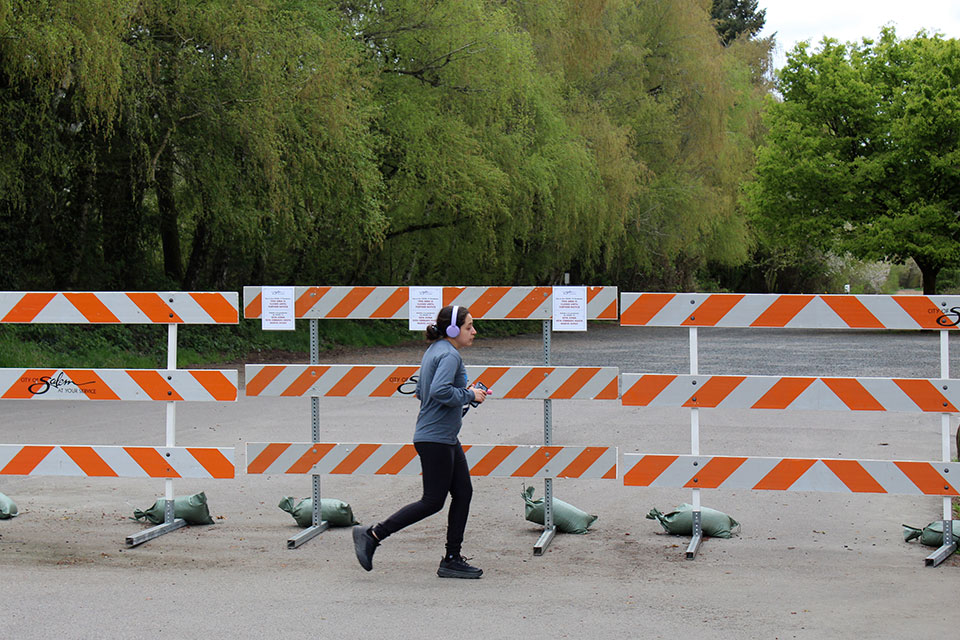 Oregon is getting several shots of good news as it battles the coronavirus pandemic.

Masks for medical workers have been in desperately short supply in Oregon, risking exposing not only them to the coronavirus but other patients. Now, the state is receiving millions more masks. An N95 mask disinfecting machine is also coming.

Also, a team at a Portland university has designed a ventilating machine to be made with 3D printers. And Walgreens is opening up a drive-through testing site in a Portland suburb, one of its first in the nation.

The Battelle Decontamination System will be located in Eugene so that it can service several areas, said Tim Wollerman, a spokesman for Oregon's pandemic response team. The system uses hydrogen peroxide to disinfect masks and can disinfect as many as 85,000 per day.

“It’s a real force multiplier when it comes to masks,” said Chris Ingersoll, spokesman for the Oregon Office of Emergency Management.

Amid a global shortage of ventilators, a team from Oregon Health & Science University has come up with a low-cost version produced with 3D-printing technology, the university announced Friday. 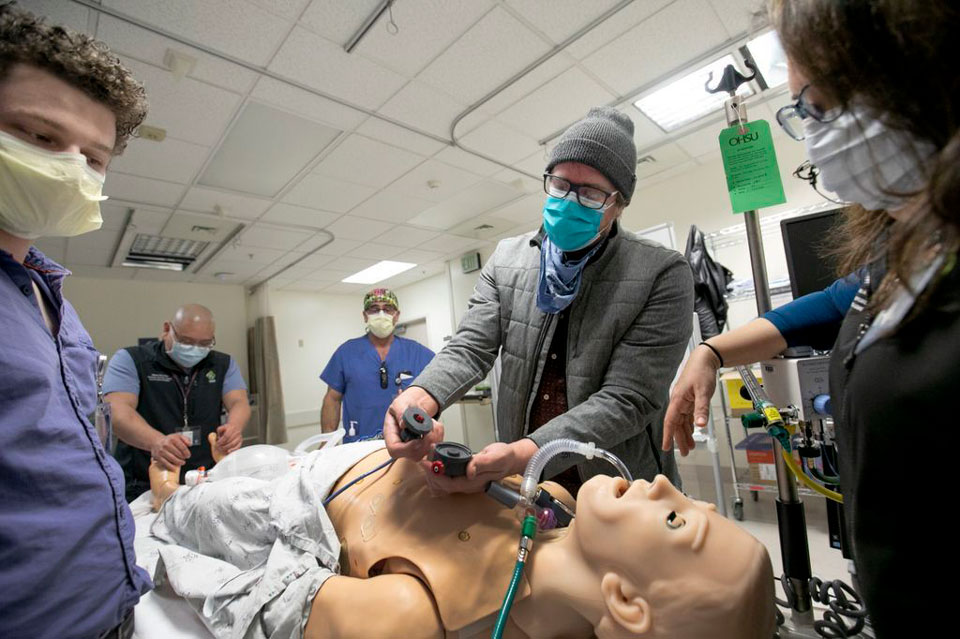 Depending on the printer, a single ventilator can be manufactured in three to eight hours and made operational with the addition of low-cost springs available at any hardware store. The low-tech ventilators require no electricity, only a working oxygen tank, and can be replicated for less than $10 of material, the university said.

Chi and his team filed on Friday for emergency use authorization from the Food and Drug Administration to deploy the design across the country. If approved, any hospital with access to a commercial-grade 3D printer would have the ability to produce a new ventilator within a matter of hours.

Walgreens has opened one of its first COVID-19 testing sites in Oregon — drive-through testing in Hillsboro, Gov. Kate Brown announced.

“One step at a time, we are making progress towards the day when we can begin to reopen our communities and safely return to public life,” Brown said. She thanked Walgreens for selecting Oregon for one of its first rapid COVID-19 testing sites in the nation.

COVID-19 has claimed three more lives in Oregon, raising the state’s death toll to 86, the Oregon Health Authority reported. There were 51 new cases of COVID-19 reported, bringing the state's counted total to 2,177.

The Oregon Department of Corrections reported that 12 staffers and 13 prisoners have tested positive for COVID-19. Most of the cases are at Shutter Creek Correctional Institution, a former Air National Guard radar station near North Bend on the coast that was converted into a 302-bed minimum-security prison.

All eight cases came from the same dorm, an inmate told The World newspaper of Coos Bay.

“It’s kind of nerve-racking because we’re watching it get worse,” said Jordon Dean, an adult in custody at Shutter Creek. “We’re all waiting to get sick because we do come in contact with surfaces and areas where these guys have been going.”

Affected inmates are being transported to a facility that has around-the-clock medical care.

At the end of last week, the state had received a total of only 920,000 surgical masks and 270,000 N95 respirator masks, according to the Oregon Health Authority.

But this week alone, the state received nearly 2 million surgical masks, and next week it will receive about 4 million KN95 masks, which are similar to N95 masks, said Liz Merah, a spokeswoman in Brown’s office.

The Oregon China Council announced Friday that some 50,000 more masks arrived at Los Angeles International Airport on Thursday and are being transported to Oregon. They’re a gift from the provincial government of Fujian Province, which has been Oregon’s sister state since 1984, the council said.

For most people, the virus causes mild or moderate symptoms, such as fever and cough, that clear up in two to three weeks. For some, especially older adults and people with existing health problems, it can cause more severe illness or death.