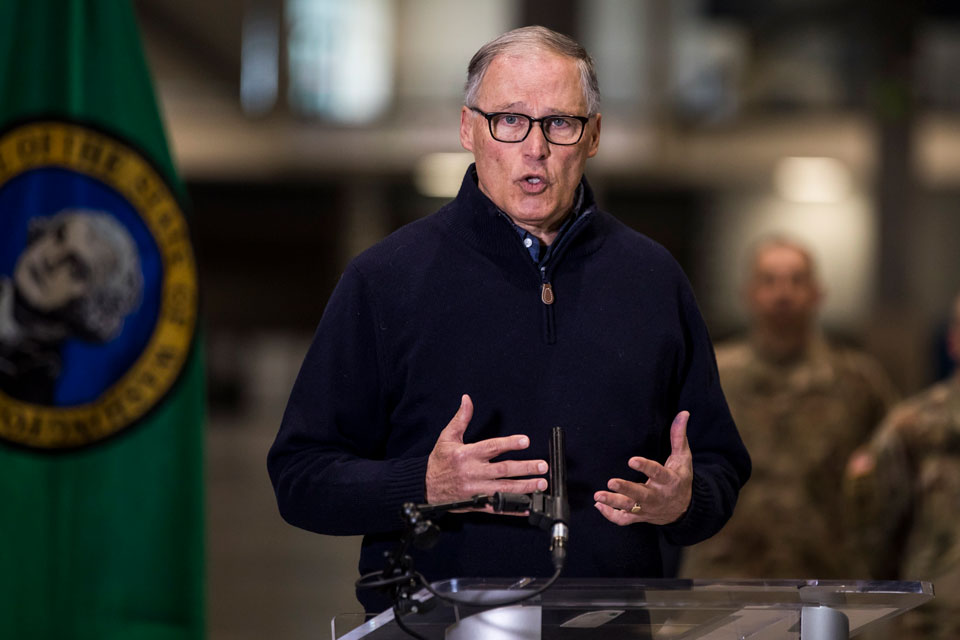 SEATTLE (AP) — Gov. Jay Inslee said Sunday that Washington state still has a shortage of coronavirus testing kits and again suggested the shutdown of most businesses and extreme social distancing would likely have to be extended to fight the disease.

Inslee appeared on CNN's "State of the Union." Washington has been testing more people for COVID-19 recently, but the governor said it lacks some necessary materials to do more.

"Things as simple as the swabs. When the little vials -- when you put the swab in it to send it to the lab, it needs a particular medium in it to preserve it. We just do not have those simple things," Inslee said.

The state Department of Health says more than 54,000 people have been tested for coronavirus in Washington. More than 4,300 have tested positive and at least 194 people have died.

For most people, the coronavirus causes mild or moderate symptoms, such as fever and cough that clear up in several weeks. For some, especially older adults and people with existing health problems, it can cause more severe illness, including pneumonia and death.

Firing of a doctor warrents investigation

Meanwhile an organization that represents emergency room physicians wants Attorney General Bob Ferguson and the state medical board to investigate the firing of a Bellingham doctor who had publicly criticized what he saw as inadequate measures to protect health care workers from the virus.

Dr. Ming Lin, who worked at PeaceHealth St. Joseph Medical Center for 17 years, was dismissed Friday by TeamHealth, a nation staffing firm under contract with the hospital to provide emergency department personnel. In a statement TeamHealth said Lin technically was not fired and remains employed by the company, but will no longer work at PeaceHealth St. Joseph Medical Center.

The American Association of Emergency Medicine condemned Lin's removal and challenged the legality of TeamHealth's business structure and Lin's termination.

"(TeamHealth's) hand in this termination is not only inexcusable but likely impermissible," the statement said. It called on state Ferguson's office and the Washington State Medical Commission to launch inquiries

Inslee said the two-week stay-at-home order he issued, which began March 25, would likely need to be extended or the disease would "continue to spread like wildfire to every single corner of my state."

"We are seeing some very modest success in bending that curve just a little bit, but that's very unpredictable," he said on CNN. "And we have a long, long ways to go. "