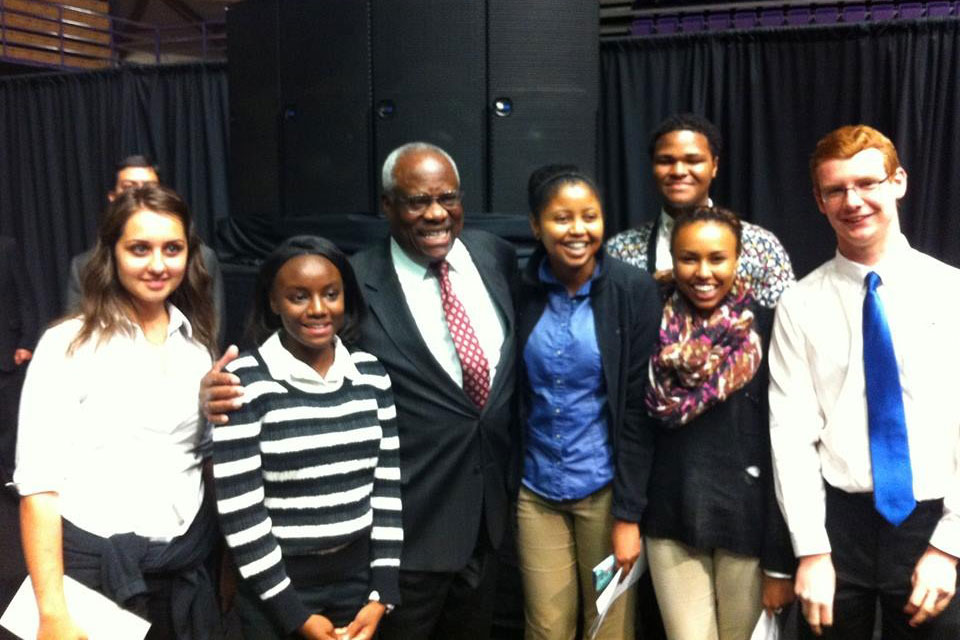 DLSNC, a private college preparatory school creating pathways for underserved students in Portland, currently serves 280 students. The new campus will accommodate more than 350 students, ensuring the school’s unique and transformative education will impact a growing number of students’ lives long into the future. DLSNC offers a distinctive combination of college-preparatory education paired with a Corporate Work-Study Program (CWSP), where students work one day a week at professional work sites, offsetting 50% of the cost of their education. By the time they graduate, each student has the equivalent of one full year of real-world work experience.

Need For A New Location

Since it opened in 2001, De La Salle North Catholic has operated in two locations and is looking forward to having a permanent home. The lease on its current building at 7528 N. Fenwick Avenue, which formerly served as Kenton Elementary School and is owned by Portland Public Schools, expires in June 2021. In March of 2019, De La Salle North Catholic announced a partnership with St. Charles Parish to co-locate at the parish situated on the southeast corner of NE 42nd Avenue and Killingsworth Street.

"Joining with De La Salle will be a real benefit to both our institutions and our community. 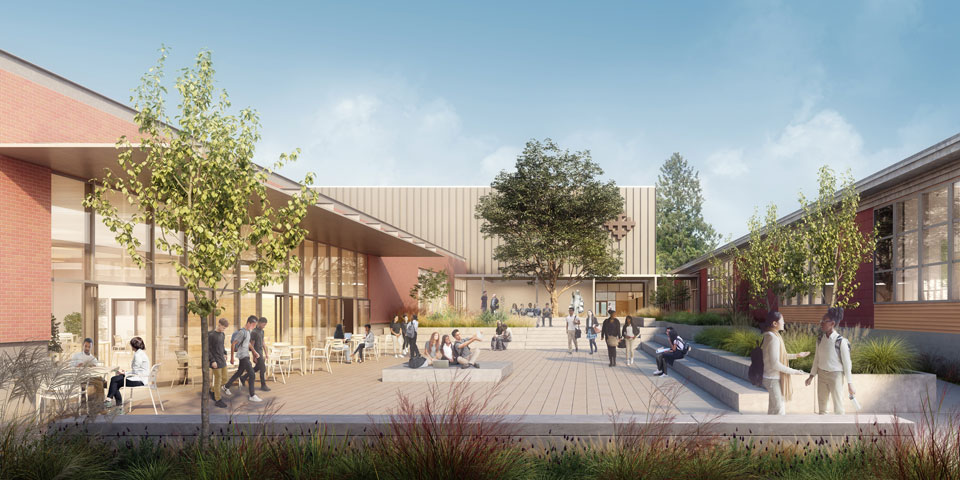 Rendering of the courtyard at the new De La Salle Catholic School.Plans for the new campus include leading-edge science labs, a visual arts center and a high school competition gym. The science classrooms will allow for both technology-based and hands-on labs to provide a greater variety of experiential learning in physics, biology, and chemistry. The visual arts center will be a modern classroom to explore painting, drawing, ceramics, printmaking, photography, and design, and will have direct access to a courtyard for outdoor instruction.

“We’re especially excited about future plans for a gym, creating a new, long-deserved home for our state championship-winning boys’ basketball, girls’ basketball and volleyball teams, as they’ve never had one before,” said Leong. The gymnasium is part of phase two of the fundraising campaign. “Once built, it will also be a revenue source and a community gathering place for our students and the community,” Leong said.

Nikolas Tucker, Class of 2014, worked at Bora Architects for his Corporate  Work-Study Program job. After attending Columbia University on a full-ride scholarship and graduating with honors in 2018, he returned to Portland and, coming full circle, accepted a job at Bora as a design staff member. He is currently helping supervise the current DLSNC CWSP student workers and building architectural models, just like the model of the future home of DLSNC that the Bora team created since being hired to design the new campus.

“I was incredibly impressed with the program, the faculty and the students,” said Bora principal Amy Donohue, who served as Nik’s mentor. “Nik has been an incredible addition to our firm. He has helped our firm have different points of view.

"The more diverse group of people working on a problem, the better the solution.

"I think it’s important De La Salle opens the doors and gives these students a home and a community.”

Recalled Tucker, “From the age of six, I told my mom I wanted to be an architect. I started really young doing scale drawings of our house and going to open houses down the street and looking and touring and making drawings and inspirations from there.” He said, “If I had not gone to De La Salle, I would not have this job right now. It’s not always easy to get access to firms like this one.”

“Our students are part of the story that needs to be told in Portland,” said Leong.

“And for so many neighborhoods across the country that look like our kids, our demographics and our communities, their stories are not told. And we get to tell that story. They’re talented, they have big dreams, but without De La Salle there are barriers.”

To date, De La Salle North Catholic has raised 85% of its goal to raise $21.6 million for its core campus educational facilities. The honorary co-chairs of the campaign are Tim and Mary Boyle. Mary Boyle currently serves on the school’s board of trustees.

“Mary and I are thrilled to provide a strong foundation for the Building for Tomorrow’s Leaders campaign. As longtime supporters, we have seen firsthand the kind of impact this unique educational model has on students and our Portland community,” said Tim Boyle, adding, “A new campus will create permanency, sustainability, pride and belonging.”

President Leong said, “De La Salle North Catholic is a beacon of hope touching thousands of lives throughout our community. We are deeply grateful to the lead donors who have already invested $18.3 million dollars into our campaign––people like Mary and Tim Boyle, Judy and Mike Holman, Cyndy and Ed Maletis, and Colleen and Werner Nistler; corporate partners including the Sause Brothers and OnPoint Community Credit Union; and our foundation partners, including the Maybelle Clark Macdonald Fund, the Silver Family Foundation, and the OCF Joseph E. Weston Public Foundation.”

“We invite the community to join us in donating to support our incredible students. We are especially excited to let the community know that gifts of any size to the campaign from new donors will be matched dollar for dollar up to $50,000 by the Robert D. and Marcia H. Randall Charitable Trust. We hope many new people join Knight Nation and support our inspiring students."

DLSNC is currently accepting applications for the class of 2024. For more information, visit their website.