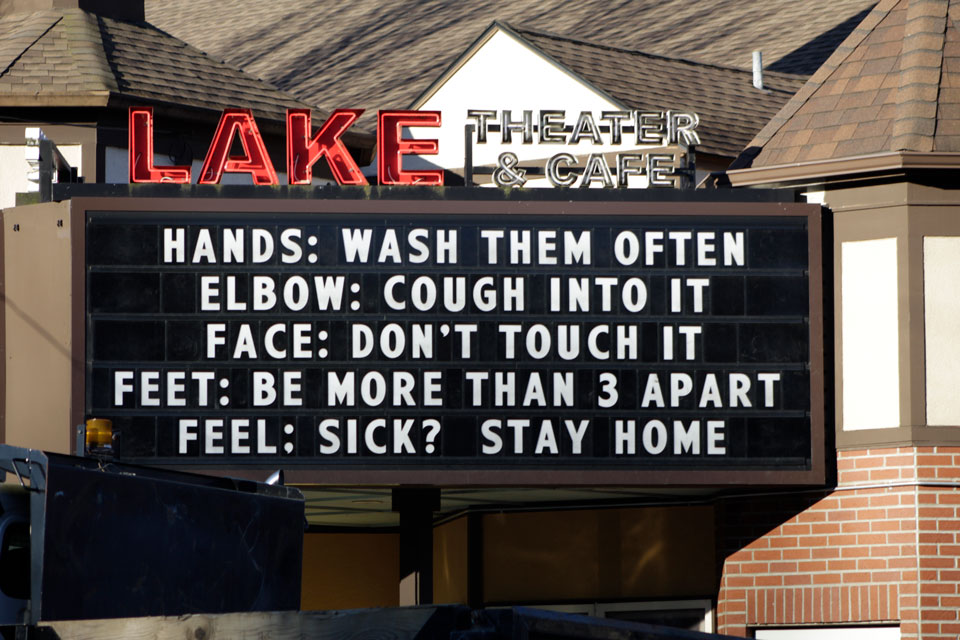 PORTLAND, Ore. (AP) — Authorities in Multnomah County announced Tuesday that they will be opening hundreds of new shelter beds in public buildings throughout the city to try to stem the spread of the coronavirus in the homeless community.

The most vulnerable homeless residents have been given vouchers for hotel and motel rooms and those businesses will not be allowed to kick them out or turn people away, said Deborah Kafoury, chair of the Multnomah County Board of Supervisors.

Local government will also open spaces for homeless people with the coronavirus to recuperate indoors, she said.

Volunteers have made contact with 1,700 people living on the streets or in their cars in the past week throughout the county to provide information about the coronavirus and to offer services, Kafoury said.

"What if you don't have a place where you can self-quarantine? What happens when the libraries close, the cafes aren't open and public spaces are no longer available?" she said at a news conference announcing the initiatives.

"These are people who simply don't have the option to close the front door and hope that the worst won't come."

The city and county are also jointly suspending evictions for those who can't pay the rent due to COVID-19 for as long as the crisis lasts, said Portland Mayor Ted Wheeler.

Renters will have six months to repay their back rent after the city and county lift the state of emergency.

Those who will qualify for the eviction moratorium are renters who have lost jobs or had reduced hours due to business closures; who have been out of work to watch children who are out of school; or who have been sick with the coronavirus or have a family member who is ill.

The city and county are coordinating with the Oregon courts and local sheriff's officials to make sure no one is evicted.

"Many people are in fear and we understand that," Wheeler said.

Gov. Kate Brown on Monday banned on-site consumption at bars and restaurants around the state for at least four weeks in a bid to slow the spread of the new coronavirus and said gatherings will be limited to 25 people or fewer.

Restaurants can still offer takeout or delivery but the ban on in-restaurant dining is intended to give teeth to guidance on social distancing to slow transmission of COVID-19. Oregon is the latest state to make such a sweeping order and joins the ranks of Washington state, Illinois, Massachusetts and Ohio, among others.

Brown also strongly urged other small businesses to close as well unless they can offer some sort of takeout option for the services they provide. The order exempts grocery stores, pharmacies, retail stores and gyms.

The orders will be a huge blow to Oregon's economy and signs of the shutdown were already apparent Tuesday morning. Parking lots outside coffee shops normally bustling with customers were almost empty and restaurants were shuttered and dark.

Gov. Kate Brown said Tuesday she is pulling together an economic advisory council to assess the impact on Oregon's economy and suggest ways to bolster it.

"As we together work through this new reality of social distancing, I recognize that Oregon's businesses are at the forefront, and in the initial stages of an economic slow-down," she said Tuesday. "This will only increase with time."

She also said 150 of the state's 197 school districts are providing students with free and reduced-price lunch despite school closures statewide.

For most people, the new coronavirus causes only mild or moderate symptoms, such as fever and cough. For some, especially older adults and people with existing health problems, it can cause more severe illness, including pneumonia. The vast majority of people recover from the new virus.

Oregon has 47 confirmed cases. One person has died. Officials late Monday announced four more cases at a Veterans' Home that would be added to the state's total number of cases on Tuesday. The home has 13 residents and a staff member who have tested positive.

Selsky contributed to this report from Salem.