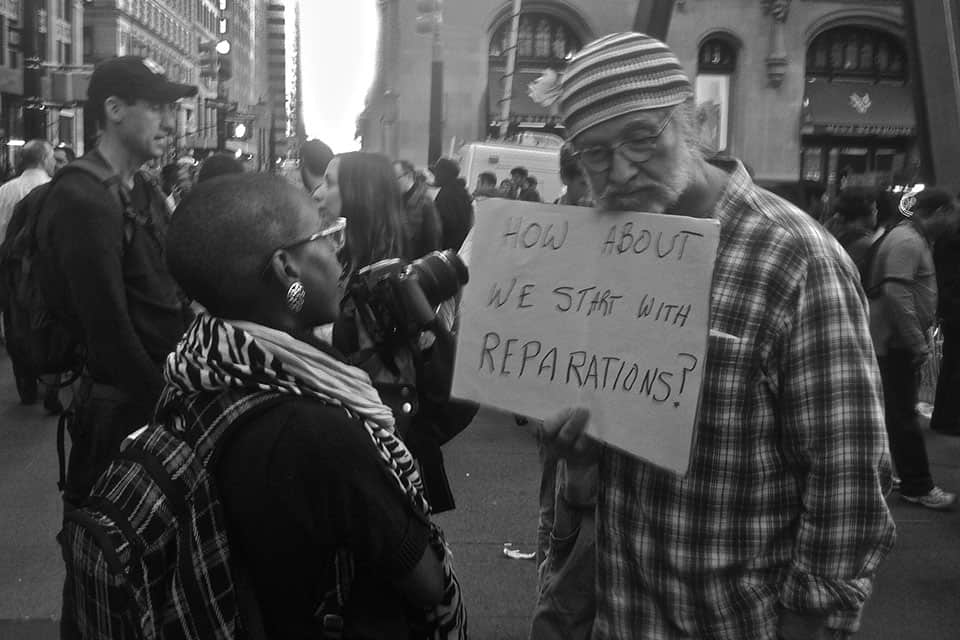 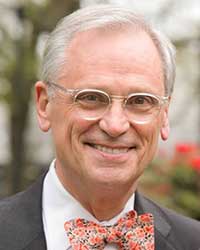 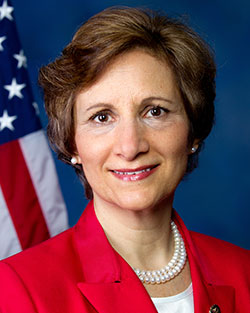 House Resolution 40, the Commission to Study and Develop Reparation Proposals for African-Americans Act, has become a perennial bill since former representative John Conyers (D-Michigan) first introduced it in 1989. Named in recognition of Special Field Orders No. 15 — better known as the rescinded promise of “40 acres and a mule” to freed slaves — H.R. 40 would establish a commission to study the impacts of slavery and discrimination and ultimately “recommend appropriate remedies.”

Now sponsored by Rep. Sheila Jackson Lee (D-Texas), the resolution currently has the support of 125 co-sponsors in the House. Rep. Suzanne Bonamici signed on in April, and Rep. Earl Blumenauer in May.

“Reparations, and the idea of this community, should be welcomed by all Americans,” Jackson Lee said during a hearing on H.R. 40 held on June 19 — or Juneteenth — last year. “The role of the federal government in supporting the institution of slavery and subsequent discrimination directed against blacks is an injustice that must be formally acknowledged and addressed.” 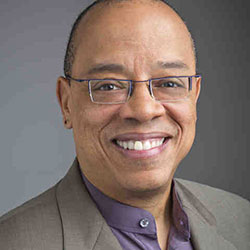 “I think part of the reason is that there has been so much more attention from so many different sources on the true history of America, and when one clearly understands the factual history, not somebody’s slant on it, but just take away all emotion and simply look at what America did, it’s very difficult to walk away from that saying reparations are not appropriate,” Robinson told The Skanner.

In Portland, activist Cameron Whitten has been initiating conversations about the issue with his Reparations Power Hours since 2018. The two-hour events include presentations and discussion and are on hiatus as Whitten runs for Metro Council.

“The whole point was to create a space to heal from the impacts of racism,” Whitten told The Skanner. “And whether it was the space, the food, the drinks, all of that, we asked White people in our community to pay for it, and they did. That’s the whole reparations aspect of it...we wanted to really change the dynamic and say hey, if you believe in this kind of space, White folks, you need to contribute to make it happen.”

Critics of reparations, including U.S. Senate Majority Leader Mitch McConnell, argue that no one alive today is responsible for slavery, and that payment for historical events is inappropriate.

Not so, said Robinson.

“This isn’t about, ‘Well, I never did anything prejudiced here in America, so why should I be punished?’ Nobody is punishing anybody. We’re talking about the governments in America making right for the policies they voluntarily and deliberately enforced.”

Instead, a discussion of reparations would examine the ways that racial inequity has been codified in American institutions, Robinson said. The Homestead Act first parceled 160 million acres of public domain land among White settlers the same decade Pres. Andrew Johnson effectively canceled “40 acres and a mule.” Black Americans were locked out of agricultural opportunity and potential wealth-building, and in later years red line maps drawn by governmental agencies effectively kept citizens of color from homeownership.

“And so when you’re putting all of these things together, when you show that the intentional, deliberate suppression of Black freedom and Black economic growth has been a direct policy and intention of state, federal, and local governments in America, the case for reparations becomes very, very clear,” he said. 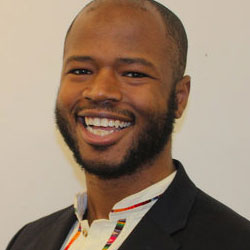 Portland activist and Metro Council candidate Cameron Whitten has initiated conversations about reparations throughout the region with his Reparations Power Hour events. “I know that it would make a big impact in this community,” Whitten said. “As a country we have to reconcile. There are a lot of folks that have families that have directly benefited from slavery, and they have their own challenges in life. I think there’s a huge challenge in the country of people being able to acknowledge both their challenges and the fact that there is a huge injustice that needs to be healed with our Black and Indigenous communities.”

H.R. 40, which Jackson Lee called “an action of legislative commitment,” does not mean that Black citizens will automatically get individual checks, as critics often assume.

“I can think of 10 or 15 ways for significant reparations to the community impacted by the vestiges of slavery, and none of them would involve putting a penny in anybody’s hand,” Robinson told The Skanner. “We can talk about homeownership. We can talk about education, rebuilding the infrastructure of the country, and who’s going to get trained to do it. We can talk about all kinds of things that will lead toward long-term economic security in our community.”

In Portland, Whitten praised the Albina Vision project as “an example of what it would take for our community to really begin the reconciliation process around the racial harms of our past.”

But he also argued that reparations can come in many forms.

“I really do believe in providing a direct cash benefit to folks,” Whitten told The Skanner.

“When you look at the public programs that generated wealth for white people, whether it was owning slaves, mortgage interest tax deduction, or being able to own land before anybody else could, there was no monitoring (how the profits were spent).”

Whitten said he had heard a common argument that reparations in any form should be tied to job requirements or training programs. He disagrees.

“I don’t think (that approach) speaks to what reparation is, or why it matters that folks are getting direct cash compensation reflecting the injustices that have happened,” Whitten said. “The folks that benefited from these institutional disparities were not being told how to use that privilege.”

Robinson points out that the federal government has paid reparations on two notable occasions: first, the Compensated Emancipation Act of 1862, which ended slavery in the District of Columbia but paid slave-owners partial compensation per freed slave.

“So America has already paid reparations for slavery, it was just paid to the slave owners,” Robinson said.

Another model is the Civil Liberties Act of 1988, which was meant to serve as a formal apology for the internment of Japanese American citizens during World War II, allocating payments of $20,000 per survivor.

While Robinson pointed out the payments came nowhere near compensating survivors, it was at the very least an acknowledgment.

“What (the government) did was to set up a commission, and the commission did a study and made recommendations to Congress,” Robinson said. “There is a process that has already been laid out to show how this has been successfully done.”

As support for H.R. 40 builds, Robinson emphasized the important historic and informational role the commission would have.

“You can’t start to talk about solutions until you have clearly defined the problem,” Robinson said. “And that’s what HR 40 does, is to have a panel of experts who will look at this with expertise — historical, economic, social justice expertise — and say, ‘Here is what the problem is.’ We can now define it by looking at our history. It may be hidden, but it’s hidden in plain sight.”