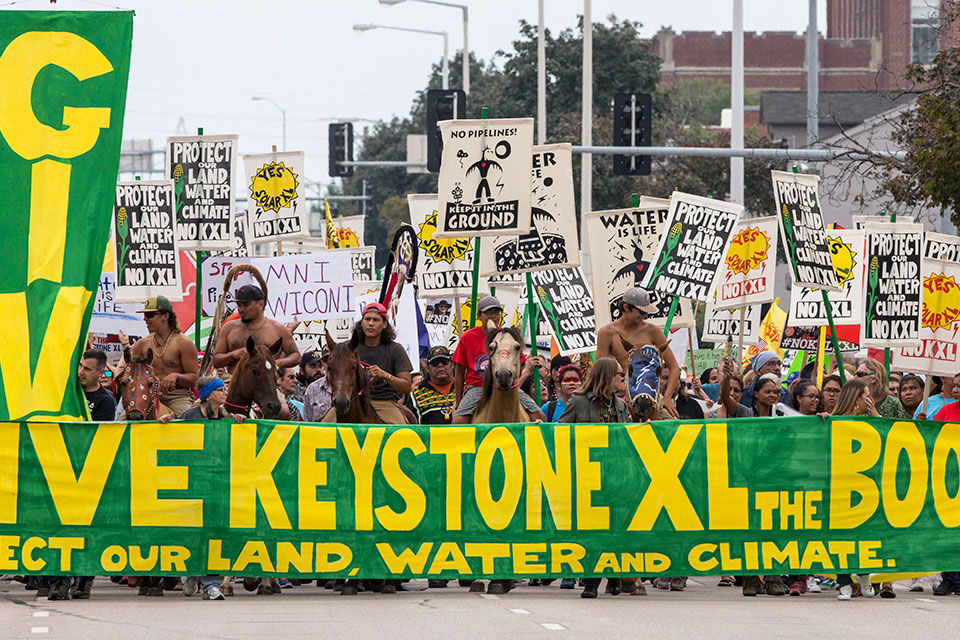 By The Skanner News
Published: 18 February 2020

Currently, unlike other forms of oil sent through pipelines, tar oil companies that import or produce tar sands oil are not required to pay into the Oil Spill Liability Trust Fund, which provides response funding in case of a spill. This bill would close that tax loophole and ensure big tar sands oil companies cannot escape costs for spill clean-up.

“Tar sands are crude oil - this is plain and simple,” said Rep. Blumenauer. “Yet instead of being treated like it, oil companies are able to take advantage of a massive loophole and avoid the taxes on these dirty fossil fuels. Amidst the growing climate emergency, closing this loophole is a small step we must take to hold Big Oil accountable and to protect our communities.”

“The dirtiest fuels should have the strictest requirements, not regulatory loopholes.

"Tar sand pipelines spills should be cleaned up with company dollars just like all other types of oil,” said Senator Markey. “Late last year, TC Energy had its fourth major tar sands oil spill, but American taxpayers had to foot the bill for the emergency response because the company was able to avoid paying into the Oil Spill Liability Trust Fund. We need to close this loophole for tar sands and make sure every Big Oil company pays up for their clean-up costs.”

“For years giant fossil fuel companies have rigged the system to make sure they don’t have to pay a penny in cleanup costs if they spill some of the dirtiest fuels into our environment,” said Senator Warren. “We need to revoke this massive get-out-of-jail-free card for Big Oil and keep on fighting for a clean energy economy with healthier and safer fuels.”