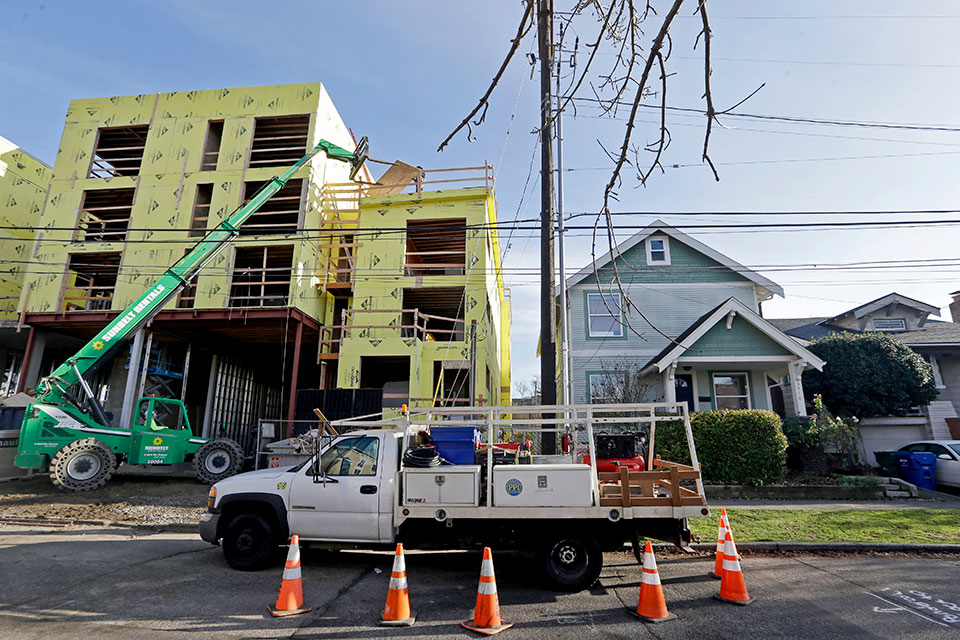 SEATTLE (AP) — Many residential evictions in pricey Seattle have been banned for the city's coldest and wettest months of December, January, and February but city leaders decided against invoking the ban for November and March.

The move aimed at helping low- and moderate-income tenants from being ousted from their homes in a city with a widespread homelessness problem was enacted Monday night with a 7-0 vote by the Seattle City Council despite opposition from Mayor Jenny Durkan, The Seattle Times reported.

Durkan spokesman Ernesto Apreza warned the ban is almost certain to be contested in a legal fight that would be costly for taxpayers. It does not apply to landlords owning four housing units or less in the city with some of the highest rents in the U.S.

Durkan could sign the measure into law, let it become law without her signature or veto it, in which case the council would have to vote again. Her office said in a statement that she is evaluating the measure. If she vetoes it, six city councilor votes are needed to override the veto.

Supporters have said the ban was needed to prevent people down on their luck from being forced outside during bone-chilling weather, adding that the evictions disproportionately affect women and people of color and that people can die without shelter.

Some other U.S. jurisdictions restrict evictions during bad weather but Seattle is the first U.S. city to adopt such a broad ban, city councilors said.

Critics of the ban said landlords need eviction power during the winter so they can pay their bills and urged city leaders to reduce evictions by connecting needy tenants with rent assistance.

The legislation applies to tenants who fall behind on their rent and to tenants accused of violating certain lease terms.

Renters who engage in criminal activity, cause nuisances or engage in behavior that makes their neighbors unsafe are exempted from eviction ban.