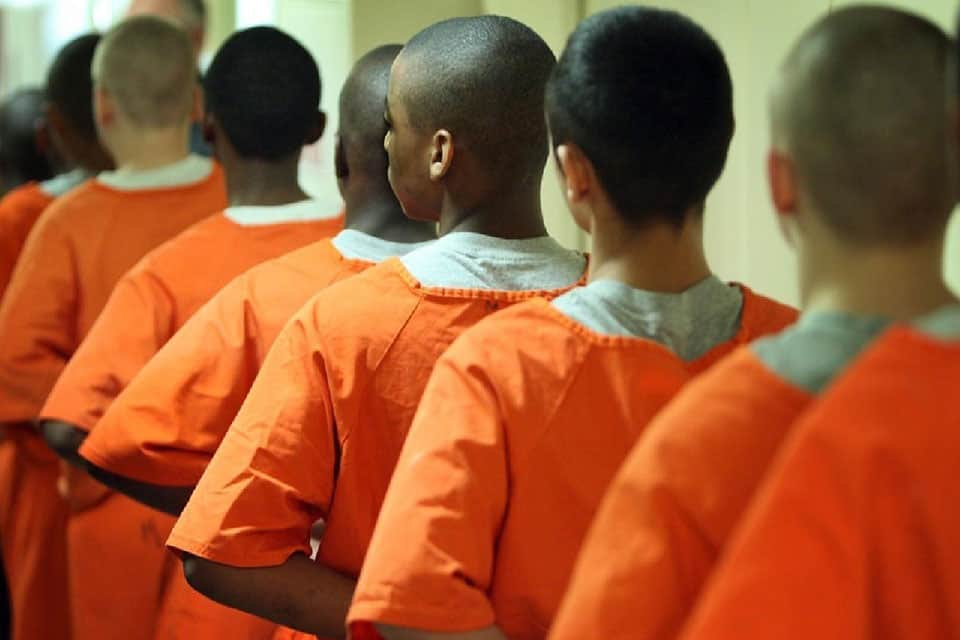 By The Skanner News
Published: 06 February 2020

Multnomah County is the recipient of a $2 million grant from the John D. and Catherine T. MacArthur Foundation which will support the county in their continued efforts to advance local criminal justice system reform and safely reduce the county’s jail population. This brings the foundation’s total investment in Multnomah County to $4.425 million to date. The grant is part of the Safety and Justice Challenge, a $217 million national initiative to reduce over-incarceration and address racial and ethnic disparities in local criminal justice systems by changing the way America thinks about and uses jails. 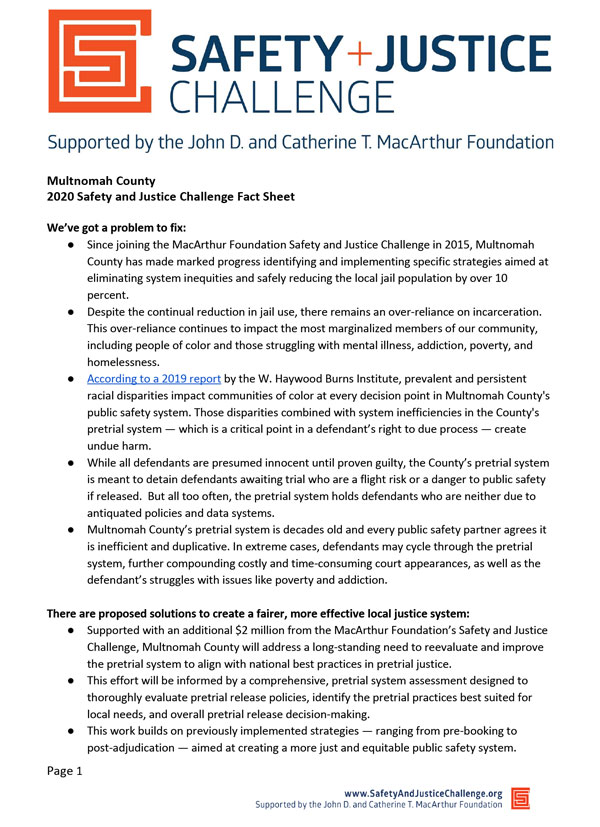 Click the image above to read and download the Multnomah County Safety & Justice Challenge Fact SheetThe Safety and Justice Challenge is supporting local leaders in Multnomah County and across the country determined to address one of the greatest drivers of over-incarceration in America – the misuse and overuse of jails. Multnomah County was first selected to join the Safety and Justice Challenge Network in 2015 and has since used resources and funding provided by the challenge to implement reforms, including pre-arrest diversion, case processing improvements, and culturally-specific community housing supports. This includes the launch of innovative programs such as the Law Enforcement Assisted Diversion program, or LEAD®, and the Diane Wade House. As a result, Multnomah County has reduced jail use by over 10 percent in the past 5 years and provided hundreds of jail diversion opportunities for people — before and after arrest — with a focus on alternatives for those struggling with addiction, mental health, poverty and homelessness.

Yesterday, Multnomah County was one of five jurisdictions selected for additional funding based on the promise and progress of work to date. This new round of funding will provide the county’s Local Public Safety Coordinating Council and partners with continued support and expert technical assistance to strengthen and expand strategies that address the main drivers of local jail incarceration and racial and ethnic disparities, with the stated goal of safely reducing the county’s average daily jail population by 14.4 percent in 2 years while keeping the jail population at safe and well-managed levels — at 85 percent of current budgeted capacity.

Key strategies and initiatives to create a safer, more effective system include:

Five years after its public launch, the Challenge Network has grown into a collaborative of 51 jurisdictions in 32 states modeling and inspiring reforms to create fairer, more effective local justice systems across the country.

“Local jurisdictions are proving it is possible for cities and counties to rethink local justices systems from the ground up, despite challenges and an ever-changing political environment,” said Laurie Garduque, MacArthur’s Director of Criminal Justice. “MacArthur remains committed to supporting jurisdictions as they set ambitious reform goals and pursue smart solutions that safely reduce jail populations, address disparities, and eliminate ineffective, inefficient and unfair practices.”

“It’s helped change the trajectory for people who might have continued in vicious cycles of incarceration. But we have more work to do. These investments allow us to press forward with solutions in our pretrial system that are focused on safety, justice, and equity.”

Several of the nation's leading criminal justice organizations will continue to provide technical assistance and counsel to the County’s Local Public Safety Coordinating Council, Multnomah County partners, and the other jurisdictions involved in the Challenge. These include the Center for Court Innovation, Everyday Democracy, Nexus Community Partners, the Institute for State and Local Governance at the City University of New York, JFA Institute, the Justice Management Institute, Justice System Partners, the Pretrial Justice Institute, Policy Research, Inc., the Vera Institute of Justice, the W. Haywood Burns Institute, Urban Institute, and Bennett Midland.

More information about the work underway in Multnomah County can be found on multco.us/lpscc as well as www.SafetyandJusticeChallenge.org.

The John D. and Catherine T. MacArthur Foundation supports creative people, effective institutions, and influential networks building a more just, verdant, and peaceful world. MacArthur is placing a few big bets that truly significant progress is possible on some of the world’s most pressing social challenges, including advancing global climate solutions, decreasing nuclear risk, promoting local justice reform in the U.S., and reducing corruption in Africa’s most populous country, Nigeria. In addition to the MacArthur Fellows Program and the global 100&Change competition, the Foundation continues its historic commitments to the role of journalism in a responsive democracy as well as the vitality of our headquarters city, Chicago. More information about the Foundation’s criminal justice reform work can be found at www.macfound.org/criminaljustice.