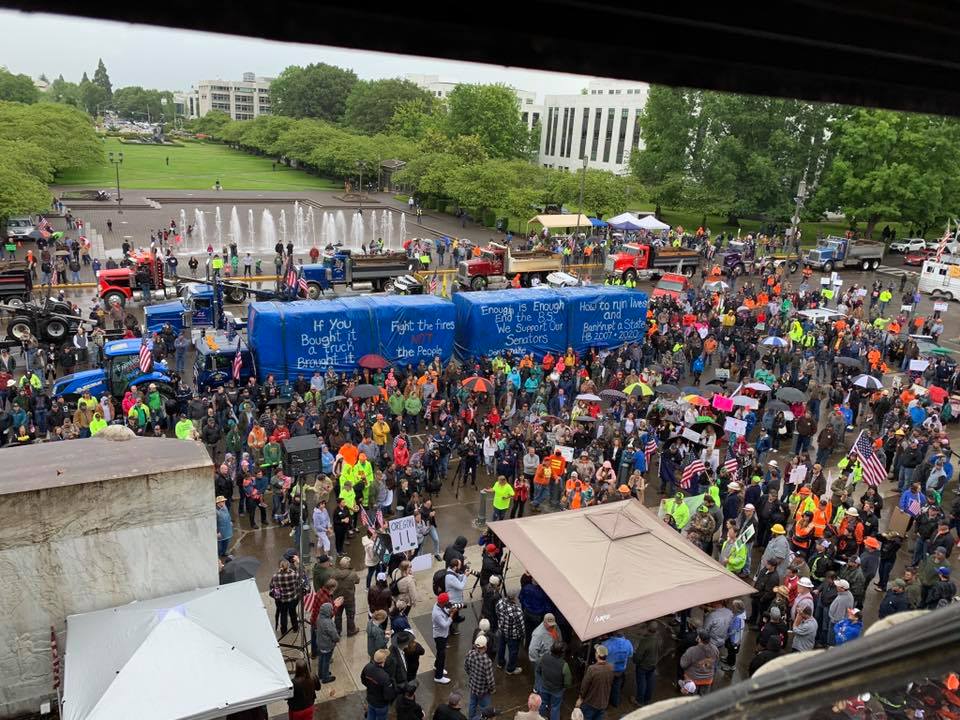 Senate President Peter Courtney opened the Senate session despite having been hospitalized with a painful infection and other serious complications in his replacement hip. A physical therapist stood behind Courtney, who sometimes grimaced with pain as he conducted business on the first day of the 35-day session.

"You've been extraordinarily patient to allow me to come up here and do this," Courtney, 76, told lawmakers. "Behind me is a physical therapist. It is pure and simple. Without him I could not be here today."

The environmental debate over a so-called cap and trade bill will likely dominate the session.

Opponents of the bill plan a rally at the Oregon State Capitol on Thursday.

The new measure largely authored by Senate Democrats includes changes f rom another bill that failed in the 2019 session and is designed to assuage critics in the manufacturing and utility sectors, and create fewer impacts for rural Oregon but maintains a commitment to reduce greenhouse gases by certain percentages below 1990 levels.

The new bill splits the state into three geographic zones that would be phased in separately for rules that would likely increase gas and diesel prices, with Portland being affected first, then other large urban areas, and finally rural regions.

That approach is designed to address concerns that last year's failed measure would have disproportionately affected rural communities where distances between homes and towns are great, with residents having little option but to drive.