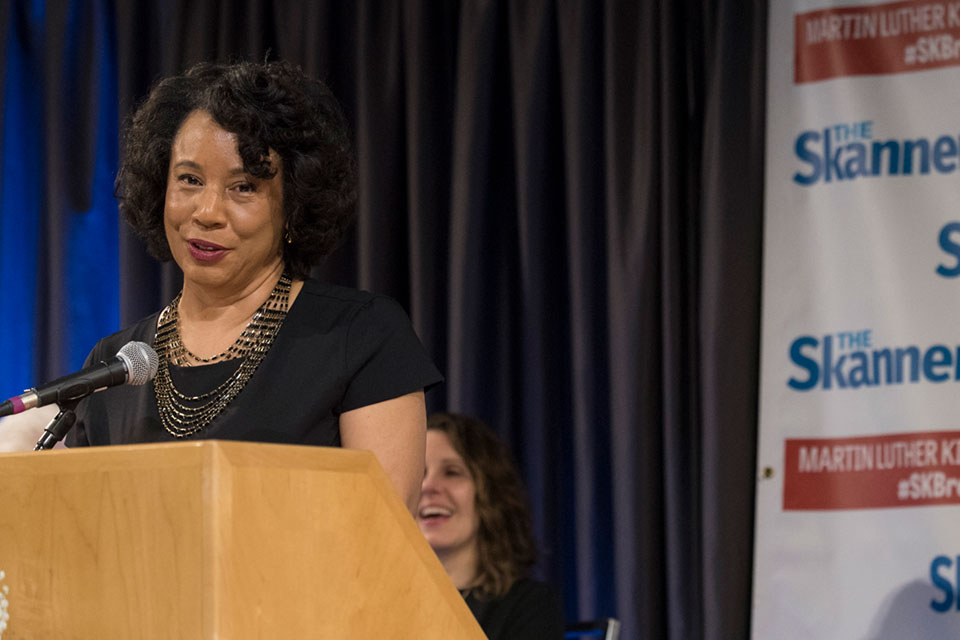 The newest leader in the push for affordable housing in Portland comes armed with nearly two decades of city government experience.

Kymberly Horner is settling into her position as the new executive director of Portland Community Reinvestment Initiatives, a Northeast Portland nonprofit dedicated to providing affordable housing and homeownership opportunities. She was chosen last year to succeed Maxine Fitzpatrick, who had served a distinguished 25 years in the role.

“I feel like I followed my North Star,” Horner, the former economic development director for the city of Oxnard, Calif., told The Skanner, calling her decision to apply for an out-of-state position something of a fluke.

To Horner, PCRI represented a countermeasure to ill-advised policy decisions she’d witnessed in California, like the state’s dramatic decision to pull funding from its hundreds of city redevelopment agencies in 2011, an attempt to meet a drastic budgetary shortfall.

“Here it is 2011, you have all these years of history, overnight you’re getting rid of assets, property, any money that wasn’t encumbered in terms of agreements in place,” Horner said. “And now the state of California is saying, ‘How are we going to build affordable housing?’ They removed that financial piece that was available for cities to tap into.”

She was impressed when she learned of PCRI’s history and mission.

“I said, ‘Wow, they’re actually trying to correct a situation that happened primarily to Black men and women in the community--the displacement and gentrification and eminent domain,” Horner said.

PCRI was founded in 1992 when then-city commissioner Gretchen Kafoury decided to try to pull 350 homes out of foreclosure. Two predatory mortgage brokers named Geoffrey A. Edmonds and Cyril J. Worm Jr., operating as Dominion Capital, took control of about 350 houses in Northeast Portland through fraudulent business practices. Most were owned or rented by African Americans.

PCRI branched out, and as a nonprofit now owns about 900 units of rental housing and is developing new properties either for rent or ownership. In 2016 the organization launched the Pathway 1000 Implementation Plan, to develop an average of 100 homes a year over a decade, both for rent and individual ownership.

Horner is focused on not only guiding PCRI clients toward homeownership but also on providing educational opportunities to buffer them from changing economic tides and stagnating wages.

“Once folks get into a house, we also prepare them to stay in that home,” Horner told The Skanner. 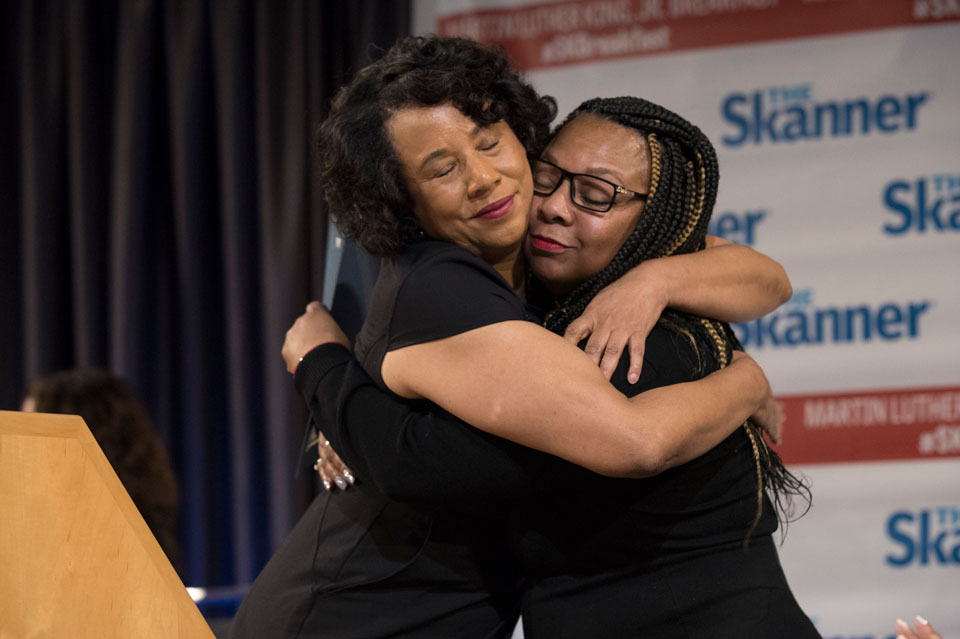 PCRI Executive Director Kymberly Horton hugs scholarship recipient Victoria Wallace at The Skanner Foundation Martin Luther King, Jr. Breakfast held Jan. 20, 2020 (photo Julie Keefe)“What we’re going to do under my leadership is to even take that a step further. We’re working with the Portland Community College district, particularly the Cascade campus, to start introducing the residents of PCRI properties to other career opportunities. We want people to always think in a more diverse, meaningful way in terms of their careers. If they have the ability to pick up some of these classes and keep reinforcing their job skills, and really carve out pathways to success with some of the programs offered at the community college district, that will always be something that can give that individual a segue into a different career path.”

Horner is hoping that many of PCRI’s clients will consider the construction trade.

“As we roll out Pathway 1000, we need more people in the construction industry available to build these homes,” Horner said.

Horner said her interest in community development began at home in Westlake Village, California, one of the first planned development communities in the U.S.

“When we moved there, it was brand new,” Horner said. “We didn’t have an elementary school yet. There was a lot of community work involved in getting Westlake Village really established, so my roots in community participation started at a very young age.”

Much of Westlake Village was incorporated into the city of Thousand Oaks, where Horner’s father, Larry Horner, later served as mayor for five terms. Growing up in city council chambers, Horner saw herself running for public office. But after working for a congressional representative and interning for local city government, she found working behind-the-scenes to be a fit.

Oxnard, a city of more than 200,000 that lies about 60 miles northwest of Los Angeles, has a diverse and largely Latino population. It is a community that has navigated a sometimes difficult transition from a primarily agricultural community with a wealth of historic architecture, to being part of southern California’s development boom.

It was here that Horner found strong support from then city manager Ed Sotelo.

“Ed really helped shape the foundation for people of color to advance in government,” Horner said. “That was something that really formulated my desire to go into an area that historically you don’t see a lot of African American women in: redevelopment and economic development.

“That’s what I’ve brought, in my opinion, to PCRI: the mere fact that I’ve been in economic development, and really have that understanding that diversity is the thing that everyone should be embracing, because that’s how you get the best product.

"Creative conflict is good, too.

"Sometimes you don’t see eye-to-eye with your peers, but at the end of the day you say let’s advance the best product.”

Still, Horner is hoping that her years in city hall will serve her staff well.