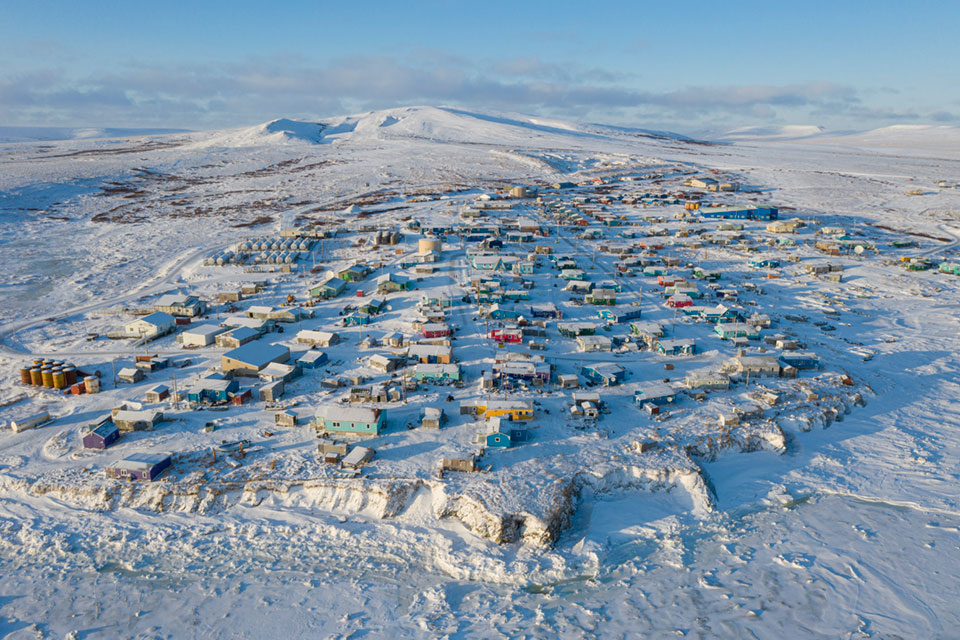 On Tuesday, January 21, 2020, the U.S. Census Bureau Director Steven Dillingham kicked off the 2020 Census in the remote Alaska Native village of Toksook Bay — counting the first person and household in the nation’s once a decade count.

“The 2020 Census is critically important. No matter where you live, you need to be counted,” said Dillingham.

“From the most remote parts of our country to the most urban, there is too much at stake — we are working to make sure everyone can respond and have the opportunity to shape their communities’ future.”

The U.S. Constitution mandates that a census of the population be conducted every 10 years. Census statistics are used to determine the number of seats each state holds in the U.S. House of Representatives and inform how billions of dollars in federal funds will be allocated by state, local, and federal lawmakers every year for the next 10 years.

Following a four-day trip in Anchorage and Bethel, Alaska, Dillingham travelled to Toksook Bay where he was met by village leaders, residents and local census takers. He delivered the first 2020 Census questionnaire to a household selected by village leaders and enumerated the residents of that household.

2020 Census is important for communities to receive resources

“I want to thank the people of Toksook Bay for their hospitality,” said Dillingham. “The 2020 Census will shape our future, and I am proud we started this journey here.”

Toksook Bay is a village located on Nelson Island along the Bering Sea in southwestern Alaska. Census takers must get a head start in rural, remote areas like Toksook Bay when the ground is frozen and prior to the spring thaw, when residents leave to fish, hunt and seek out warm-weather jobs.

“We have been working to prepare for this count since before 2018 and are happy to see the first count of the 2020 Census begin in our village. Through this historic occasion we have shared with the Census Bureau our traditions and our culture,” said Robert Pitka, Nunakauyak tribal administrator. “The 2020 Census ensures our traditions and our people are marked in history.

"The census is so important because it helps remote villages like ours receive important community resources now and into the future.”

The first enumeration comes days after the launch of a $500 million public education and outreach campaign featuring more than 1,000 advertisements designed to inform the public about the importance of responding to the 2020 Census. Ads reaching multicultural and historically undercounted audiences are already airing nationwide while ads for general audiences will begin running on February 10, 2020.

In order to count every person, the Census Bureau is building a team by hiring hundreds of thousands of local census takers to knock on doors of households that don’t self-respond to the census. They are actively recruiting people for temporary positions in Washington and Oregon. The jobs pay $17.50 - $18.00 in the Portland area and $20.50 - $23.00 in the Seattle area.* Visit their recruitment page to apply.

The rest of the nation will be invited to respond for the first time to the 2020 Census online, by phone, or by mail. Invitations to respond will reach most of the estimated 145 million households across the country between March 12 and March 20, 2020. For more information about the 2020 Census, visit 2020census.gov.

#WeCountOregon is a community-led effort working to ensure that every Oregonian- especially those considered hard-to-count complete the 2020 Census. Hard-to-count communities include people of color, children under five, renters, immigrants, people with limited English proficiency, multiple-family homes, Native tribal and urban communities, disabled people, and LGBTQ individuals. The organization emphasizes that it is critical that all Oregonians are counted, remain visible, and participate in our democracy. Their statewide campaign team is made up of Black and Indigenous Women of Color.

Oregonians can learn more about the census and how to effectively spread the word among their community at WeCountOregon.org.

*The pay rate above represents the range of pay rates for both office and census taker positions. Census takers also receive reimbursement for work-related mileage and expenses, where applicable.