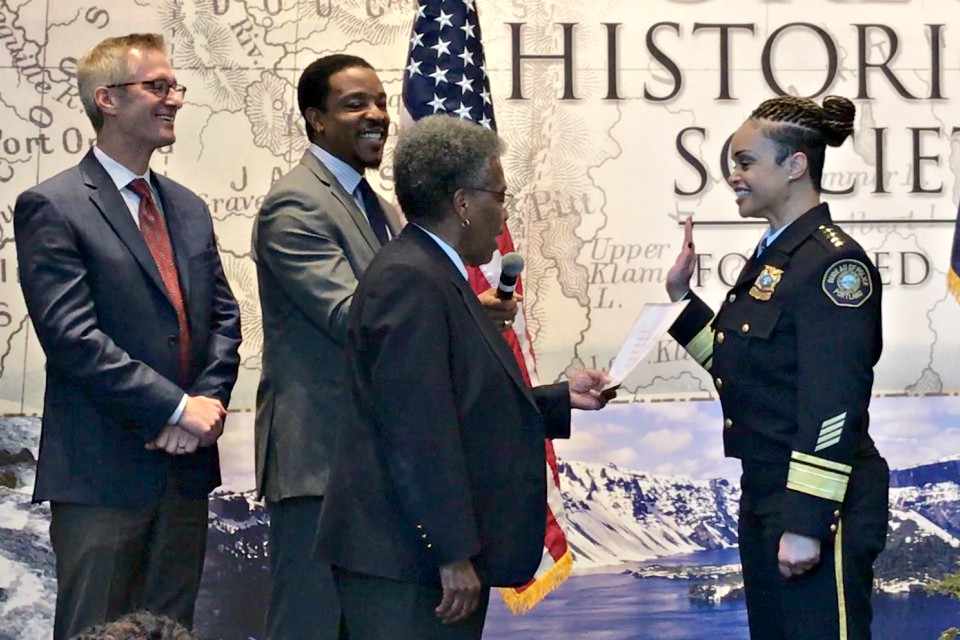 When news hit that the end of the year would also bring Portland Police Chief Danielle Outlaw’s term to a close, it took community members and even colleagues by surprise.

Outlaw had marked just over two years in the position when she announced she had accepted an appointment as Police Commissioner in Philadelphia, Pa., starting February.

"I am appointing Danielle Outlaw because I am convinced she has the conviction, courage, and compassion needed to bring long-overdue reform to the Department," Philadelphia Mayor Jim Kenney said in a statement.

In Portland, such calls for reform echo the hopes many had when Outlaw was hired two years ago, during a time allegations of police misconduct--specifically criticisms of police procedure and unprofessional conduct--were on the rise.

(Outlaw) gave a face to the mayor, for a city that was in turmoil,” Raiford told The Skanner. 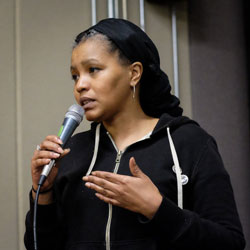 Portland mayoral candidate Teressa Raiford said she doesn't believe Chief Outlaw was given the time or resources to successfully reform the Portland Police Bureau. (Photo courtesyTeressa Raiford/Teresaa Raiford campaign)“That’s what we received as a return on investment, and that was to the detriment of all of us.”

Raiford didn’t believe Outlaw was given enough time to improve trust between the public and the police.

“She had asked for a five-year contract,” Raiford told The Skanner. “We have to ask our mayor, why didn’t he think that was a good investment? I think if there was a real investment in public safety, he would’ve given her the five-year contract. That’s the ball dropping on an early measure where (the city) could’ve been proactive.”

Raiford further argued that Outlaw wasn’t given the resources she needed to promote diversity in a department so understaffed, Outlaw recently decided to relax hiring standards to fill its 128 officer vacancies.

It is a sentiment shared by Portland City Commissioner Jo Ann Hardesty, who wished Outlaw the best in her new position.

“As an outsider, being asked to change the culture of the Portland Police Bureau required a herculean effort, as well as a support team which I fear she never found,” Hardesty said in a statement. 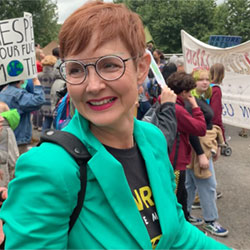 “During her tenure, trust in the police department did not improve as we saw continued deaths at the hands of the police, mismanagement of protests, and friendly communications between officers and white nationalist groups,” Iannarone told The Skanner. “At the end of the day, the mayor is the police commissioner and the buck stops there. I believe Outlaw is a qualified professional but unfortunately, in her short tenure, she was unable to complete the progressive reforms that the Portland Police Bureau desperately needs.”

But E.D. Mondaine, president of the NAACP Portland, said the timing of Outlaw’s departure was fitting.

“I think her time in Portland polished what she had learned in Oakland, gave her a broader scope with how to deal with community issues in an interpersonal way, and how to become a bit more broader viewed, because of the constituency she served here,” Mondaine told The Skanner.

“And she brought an edge to us, and it prepared us for something greater.”

Mondaine sat on the hiring board that offered Outlaw her position in Portland in 2017.

“She was my pick from the very beginning,” Mondaine said. “She was tough, she was smart, she was intuitive, she was a mother, and she was engaging.”

“Especially for a woman in an overly populated White environment dominated by males, in the Whitest city in America, in the only racist state in America that was incepted in racism,” Mondaine added. “(Outlaw) learned some things here that I think she’s going to be able to use and take with her to Philadelphia. I think she cut her teeth on some diplomacy that’s going to help her in the fight she’s got. I think she needed this nesting place, and we needed her and her progressiveness to bring us again to another level of readiness, and I think that those that come behind her will follow in step pretty well.”

Outlaw was sworn into office in October 2017 as Portland’s 48th Police Chief, and the first African American woman to hold the position. Her hiring was the result of a nationwide search, and several rounds of interviews with representatives from the Urban League of Portland, the NAACP Portland Branch, the Portland Police Association and the Portland Business Alliance She had previously served as deputy chief with the Oakland police.

Outlaw’s new position is a considerable promotion, with her overseeing more than seven times as many law enforcement employees as she did in Portland. Her hiring is also the result of a four-month search, which has many questioning what they see as a rushed process to name Outlaw’s replacement.

The day after Outlaw announced her departure, 20-year PPB veteran Jami Resch was promoted to chief. Outlaw had promoted Resch to deputy chief in May. Resch has said she intends to serve in the position for the next five years, until she is eligible to retire.

Raiford criticized the mayor’s decision not to name Resch as interim chief, which would have allowed the city to conduct a more public search for candidates.

“We were not engaged in that as the public,” said Raiford, who launched Don’t Shoot PDX to confront gun violence in 2014, four years after her nephew was shot outside an Old Town nightclub.

“I feel again our interest has been avoided.”

Raiford, who sued the City of Portland in 2016 for her arrest the previous year during a Black Lives Matter demonstration, said, “What our city doesn’t have is transparency. There is a lack of public process and engagement, and a lack of infrastructure and process available to people (for personal safety). I think we need to prioritize taking care of each other as a public standard, and we haven’t had the leadership for that. My family and my life depends on it, and a lot of people’s lives depend on it--on having someone in a position of power who is not actually afraid of the people, and who is willing to engage.”

“In the hiring of the last chief, Wheeler promised Portlanders a transparent process, which we did not get,” she told The Skanner. “While the process was secretive, he did at least conduct a national search and did his due diligence in selecting a chief. It's not clear to me how this snap decision-making with zero public input is an improvement. As we wrap up the deadliest year from police use of force in nearly a decade, our mayor should have taken great care selecting a progressive chief committed to reforming the Portland Police from within the bureau and alongside the community.”

“I would hope the new chief has expressed an unwavering commitment to addressing PPB's use-of-force problem, to rethinking public safety for our homeless and other vulnerable community members, and to eliminate racial bias in policing while eradicating white nationalism from our city,” Iannarone added.