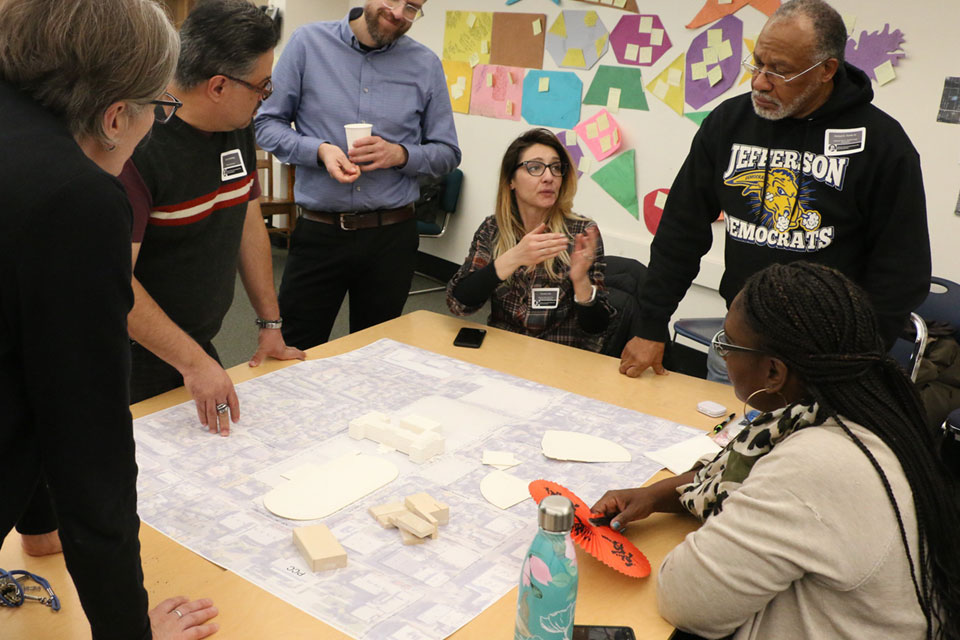 Jefferson is one of three Portland high schools that may see modernization and major upgrades, including a possible rebuild, within the next few years—although funding for such an overhaul will depend on whether voters pass a school improvement bond.

But it’s not too early to think big, which is why Jefferson assembled a Conceptual Master Planning Committee of community volunteers, including Jefferson alumni and educators, who held four meetings throughout the fall to discuss the school’s needs, from urgent repairs to more aspirational goals like a large performing arts facility, as well as likely costs.

“It is very important to note that the Conceptual Master Planning process is just the first, very preliminary step in the process of modernizing Jefferson. No final design decisions have been made,” David S. Mayne, Bond Communications Manager for Portland Public Schools, told The Skanner. He added that the school board must decide to put a funding measure before voters in 2020 or 2021 which, if passed, would lead to a more extensive master planning and design process. Cleveland and Wilson high schools are currently undergoing the same process.

Now known as Jefferson High School Middle College for Advanced Studies, the North Portland magnet school is open to students who are also eligible to attend Grant, Madison or Roosevelt high schools. Attendees have the option to take courses at Portland Community College’s Cascade campus across the street, and CMPC members report that this relationship is one they took into account when brainstorming options for a new and improved Jefferson campus.

“What will it be like 100 years from now? We’re taking that into consideration,” CMPC member Kymberly Jeka told The Skanner.

The committee held a community forum on Dec. 11 to review the options they had proposed in earlier meetings. Participants broke into four groups and were given three-dimensional models representing various proposed buildings, as well as a scaled map of the school. The groups were then asked to create their ideal future campus.

All were in agreement that the historic “I”-shaped main building, constructed in 1909, would stay. But Jeka explained the challenge of planning around Jefferson’s unique layout.

“Emerson Street used to run right in front of the school, so right now the school looks like it’s set far back, which is unusual,” Jeka told The Skanner. “What’s interesting about the site is it’s very narrow and long, so we have a lot of contingencies with new setbacks that are coming into play, eliminating the potential for a softball field. And you don’t want to reposition the track that Nike donated to Jefferson, and there’s not enough parking.”

But the CMPC was in agreement about one major addition: a 1,000-seat theater that would serve the school’s performing arts department—including its notable dance program—while being a community resource.

“We were thinking about whether that big performing arts center should be facing Alberta, or would that be too difficult for the students to get to? It is an interesting balance, as well as a dilemma because if you have things open to the community too, there’s a security piece to it.

This day in age there are things going down in schools so you want that protective mechanism in place, but how do you keep it open to the community?”

Richard Hunter, who sits on the CMPC and is a member of Jefferson’s class of 1971, told The Skanner the renovation will take into account a much larger projected student population of 1,700. Jefferson’s current enrollment is just over 600 students.

Hunter hopes any upgrades to the school will take into account a revived music program.

“Jefferson was happening when I was in school,” Hunter said. “I played the trumpet, and I played in all the different bands they had: pep band, marching band, concert band, orchestra. But now Jefferson is dead when it comes to music. One aspect of performing arts they have that’s still alive is dance. But there’s no music.

"I toured the music and choir rooms, and they’re just dusty. It’s a ghost town.”

Hunter said that during the conceptual planning process, the committee agreed it wanted to keep the band and choir departments and that they would share facilities going forward.

In talking about modernization, the Thomas Jefferson statue—and the school’s very name—is likely to come under scrutiny, Hunter and Jeka agreed. It is an especially problematic name at the one Portland high school where the majority of students—33%—are Black.

“I don’t think they’re going to get away with not hearing from the general public about it going forward,” Hunter said. “As an alum, I have mixed feelings on it. I never really paid much attention to it because the statue didn’t mean much to me. It didn’t register to us at that time. But now we know. Thomas Jefferson was a slave owner. He was a hypocrite.

"When he said all men are created equal, he wasn’t including African Americans.

"What glory does he get? Aside from being a racist and a womanizer and a rapist.”

Jeka said that while she didn’t want to speak for Jefferson students, her sense was that the statue would not be missed if it were to be removed.

“How cool would it be if the art teacher got to melt it down, and work with students on making something else out of it?” Jeka said.

In the meantime, the staff at Bora Architects will compile CMPC and community input and present their report to PPS in January.

Hunter recalled how hard the local community had fought over the years to keep Jefferson open.

“To me there’s a trust factor,” Hunter said. “I don’t know which way the pendulum is going to swing with the school board. It’s not going to come up as a bond measure unless the school board puts it up as one. I’m hoping that this whole process is going to be equitable.”