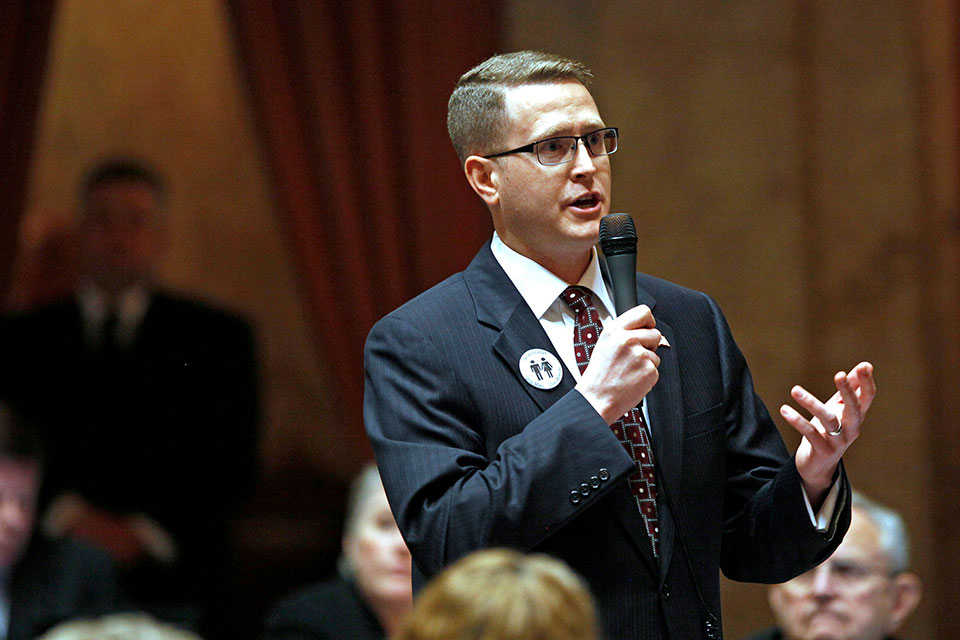 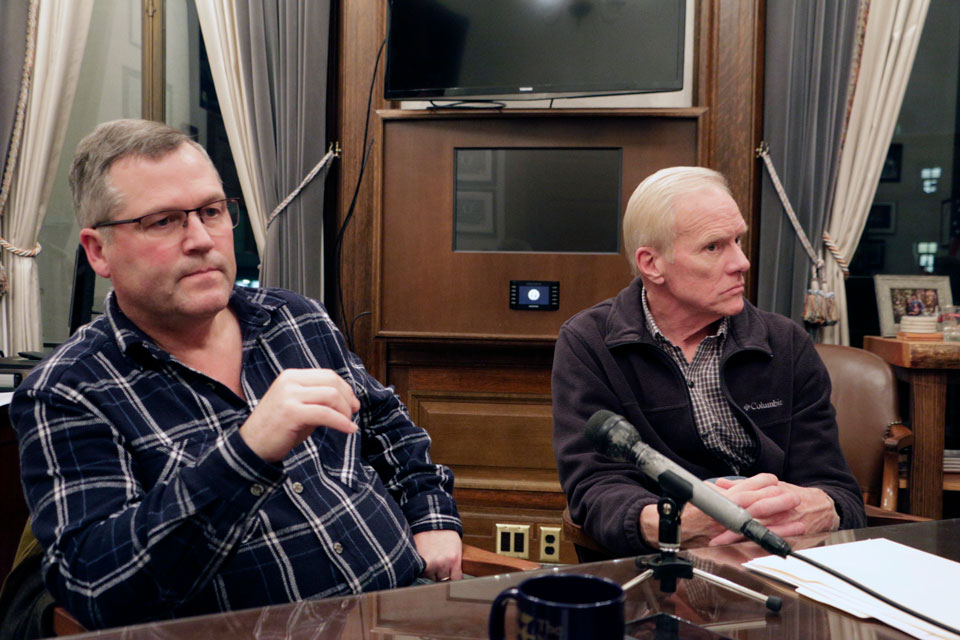 The report, which was prepared by an outside investigator for the Legislature and released Thursday, said Rep. Matt Shea traveled throughout the West in recent years meeting with far-right extremist groups and participating and even organizing anti-government activities. The Republican from the city of Spokane Valley was kicked out of the House GOP caucus late Thursday and there have been calls for his resignation from both major parties.

"Like we are seeing with our President this is a sham investigation meant to silence those of us who stand up against attempts to disarm and destroy our great country," Shea wrote on Facebook late Thursday.

If Shea does not resign, it would take a two-thirds vote in the state House to expel him from office. Democrats have the majority, but would need some Republicans to vote for it as well. The only legislator ever expelled from the Legislature in Washington state was Nelson Robinson, ousted in 1933 for sexually abusing a girl.

The findings of the 108-page report have been forwarded to the FBI and the U.S. attorney for eastern Washington.

The report found that Shea had trained young people to fight a "holy war," condoned intimidating opponents and promoted militia training by the Patriot Movement for possible armed conflict with law enforcement.

Shea has complained that he was denied any opportunity to review and respond to the report. The report noted Shea declined to be interviewed as part of the probe.

The investigative team, headed by a former FBI agent and a former law enforcement officer, was hired in July.

"Investigators obtained evidence that Representative Shea planned, engaged in, and promoted a total of three armed conflicts of political violence against the United States ... in three states outside the State of Washington over a three-year period to include 2014, 2015 and 2016," the report said.

The report said Shea "participated in an act of domestic terrorism" when in 2016 he visited the Malheur National Wildlife Refuge in eastern Oregon to support its armed occupation by two sons of rancher Cliven Bundy.

Shea "engaged in conversations with Ammon Bundy and other militia members in the planning and preparation of the armed takeover of the Malheur National Wildlife Refuge in Burns, Oregon,'' the report said. He also issued a press release on Dec. 11, 2015, asking for patriot and militia groups near the takeover to rally against the U.S. government, according to the report.

After the occupation of the wildlife refuge ended, Shea posted on his Facebook page: "After much prayer, I'm afraid violence might be necessary to take our country back," the report said.

Shea also went to Cliven Bundy's Nevada ranch in 2014 during a standoff with FBI agents in a dispute over grazing rights. And in 2015, in Priest River, Idaho, Shea resisted when authorities planned to remove firearms from the home of an aged military veteran who was not eligible to have them.

The report also said that Shea in 2012 engaged in intimidation when he posted a photo of himself on his Facebook page standing in front of a political opponent's home, and refused to remove the photo despite requests from his adversary, GOP officials and law enforcement.

Shea has also pursued creation of a 51st state in eastern Washington that would be called Liberty and run on biblical principles.

The Army veteran hosts a weekly show on the American Christian Network and in 2017 complimented members of Team Rugged, a group that one member said provides special-forces-type gun training for young men so they can be effective in Christian warfare.

Despite the controversies, Shea is popular in his very conservative district and was reelected in 2018 with 58% of the vote.

But he has already drawn a Democratic challenger for the 2020 election.

"We must put our community's safety and our future over party loyalty," Democrat Lori Feagan said Thursday.