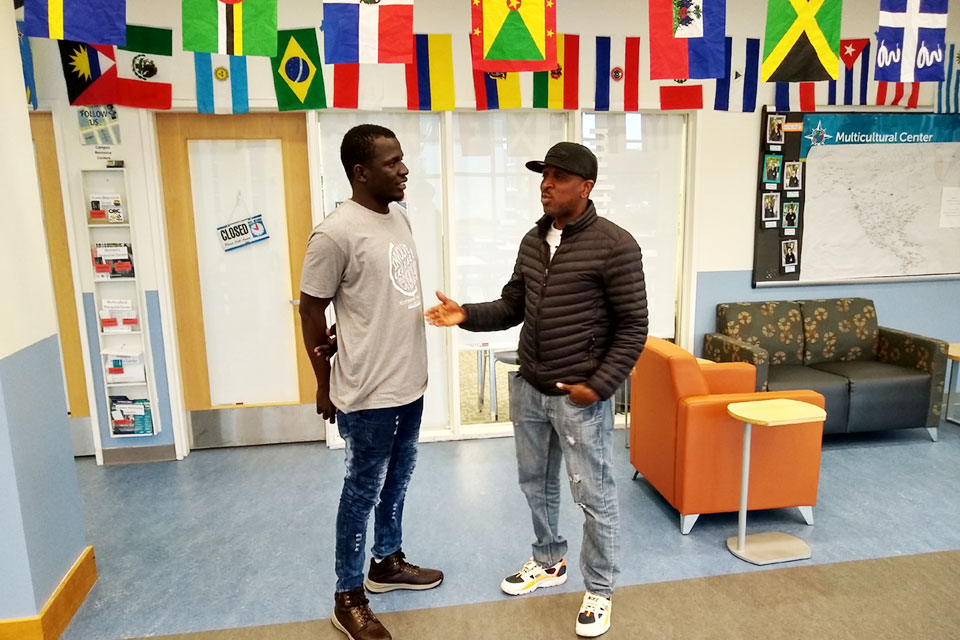 If you happen to visit the Brikama Health Centre in western The Gambia, you’re likely to find hospital staff wearing scrubs from Swedish Hospital in Seattle, and mattresses stamped with Avamere of Oregon City’s logo.

This is thanks to the work of a small Gambian community that has managed to thrive and expand despite gentrification throughout the Pacific Northwest.

“We tried to reconnect among us to form a group whereby in times of need, we’ll be there for one another, so you won’t miss your father or your mother,” Lamin Jallow, a Vancouver resident, told The Skanner.

Jallow is one of the founding members of the Brikama Society, a 501(c)(3) nonprofit that came together in a Seattle living room 10 years ago with the aim of supporting newly arrived compatriots, many of whom come to the U.S. seeking better educational prospects.

“Normally that’s what we do for one another, we help you to adjust and be independent for three to four months,” Jallow said.

“When I came here, I came through someone who’s from Brikama. He gave me free lodge, everything, and I was able to establish myself.”

Jallow was a recent high school graduate when he arrived in Seattle in 2000, and has since become a psychiatric technician. He sees a lot of similarities in Surakata Sumareh, 24, a student at Portland Community College who recently joined the group after arriving in the U.S.

Sumareh has found the Brikama Society to be an antidote to culture shock and homesickness.

“When I started getting connected to this society, I’m like, oh, I live with my family here, I’m fine, I don’t miss anyone at home,” Sumareh told The Skanner, laughing.

Brikama is one of the largest cities in The Gambia, and serves as a commercial center and cultural hub, the location of the country’s two largest universities. Jallow and the majority of his Gambian community in Seattle are from Brikama, and it is never far from the group’s mind.

“We still want to be part of our culture,” Jallow said.

“In this country it’s a constant struggle for a change. At some point I refuse to change because I don’t want to let my culture go, but living here you have to assimilate. So after-hours, we’ll come together and start sharing ideas.”

Conversation about what was happening at home led to the second prong of the group’s mission: Sending funds and help back home.

At 4,362 square miles, Republic of The Gambia is slightly smaller than the state of Delaware. Nearly half of the country’s two million people live below the poverty line. 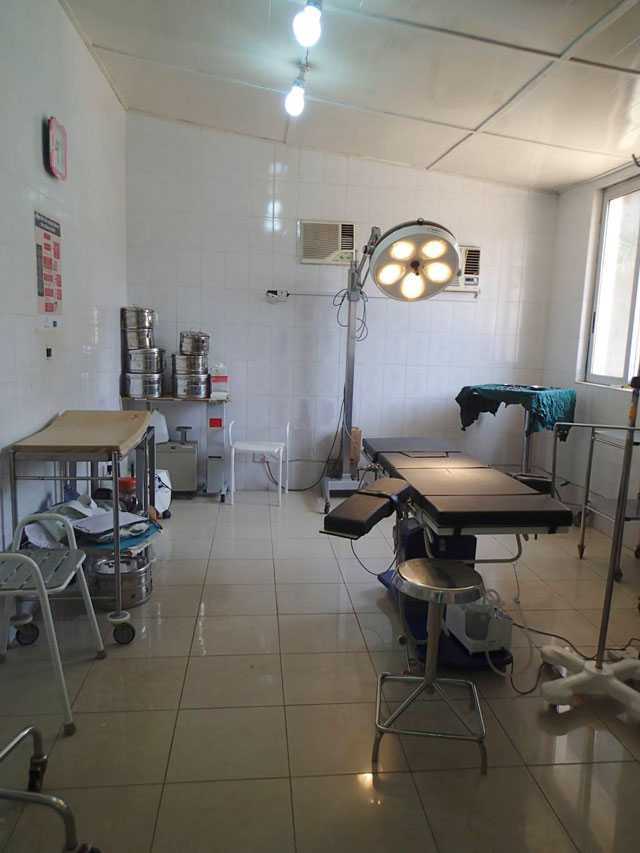 The Brikama Society has been collecting equipment and sanitary supplies to send to the Brikama Health Centre in The Gambia. (photo courtesy Brikama Society)The Brikama Health Centre, where Jallow was born, is one of the few sources for free medical care in the region, and often serves patients from neighboring Senegal. Yet it has a staff of only 36, which includes just three doctors, and suffers from undependable electrical power. Jallow reported that nurses and midwives sometimes use the flashlight function on their phones when assisting at births.

The health center was a cause everyone in the Brikama Society could agree on. Through $10 monthly membership dues, the group started by funding two small fridges for the center’s mortuary. It was an important contribution at a time when lack of resources meant that patients who died in the city could not be transported back to their home regions for burial.

“The reason I’m more committed and more motivated to this is my blood sister,” Jallow told The Skanner.

He became emotional recalling how, during a visit home in 2006, he was surprised to see his heavily pregnant sister far past her due date. He encouraged her to visit the Brikama Health Centre, where it was confirmed her baby had long been dead. She was referred to a different hospital, and despite Jallow’s financial help, she bled to death during surgery at a private facility.

Another member of the group lost her sister because there was not a sufficient supply of donor blood in the area. 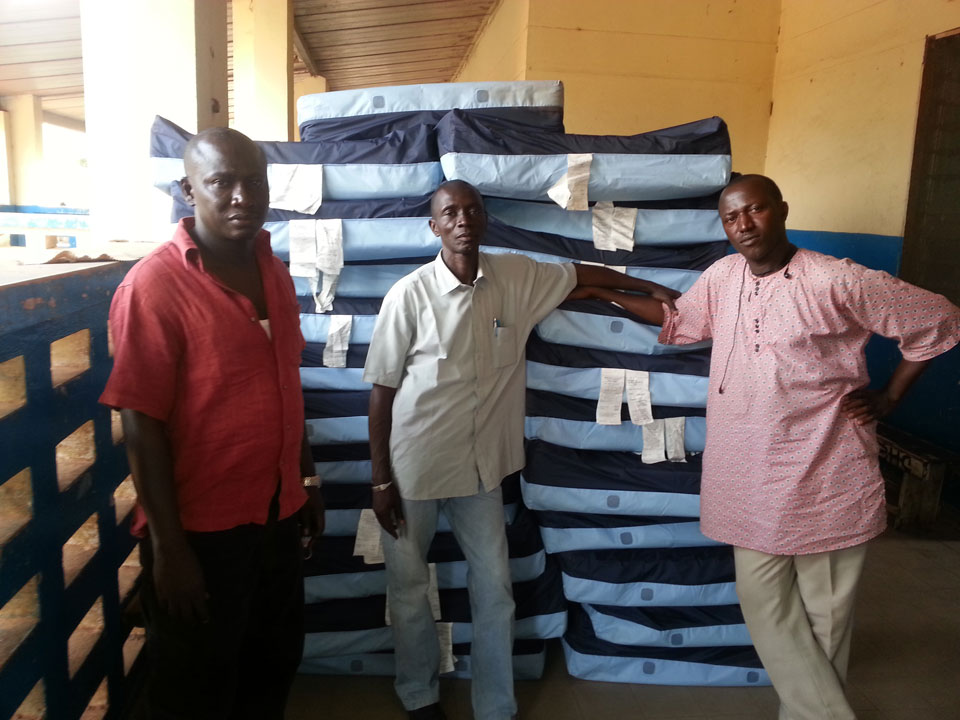 Members of the Brikama Society facilitate the donation of mattresses from Oregon to the Brikama Health Centre. (photo courtesy Brikama Society)“Once in a while we’re able to ship a container back home, and we were able to collect 100 mattresses,” Jallow said. “It doesn’t matter. Whatever we can lay hands on, it helps. We’ve been able to help with (the center’s) understaffing, poor sanitation. We did a lot, but it’s never enough. Still, as a society, we try to make a difference.”

In 2015, while working as a rehabilitation technician, Jallow had a fateful conversation with one of his patients that led to a $53,000 donation to the center.

He was helping Ed Gronke, member of the Rotary Club of Clackamas and then governor of Rotary District 5100, through physical therapy. Gronke said his group had been doing charitable work in Liberia, but were open to working with other independent groups in Africa. After a presentation from the Brikama Society’s president and treasurer, the Rotary Club of Clackamas secured a matching grant from The Rotary Foundation, working with the Clackamas Rotary Foundation, the Rotary clubs of Lake Oswego and Edmonds, Wash., to ultimately raising $53,000 for the health center's maternity services.

The donation will help improve the facility’s infrastructure and provide more private recovery areas for women who have given birth.

“This organization is really focused on the sustainability of the project, which is very important,” Sumareh told The Skanner. “There are a lot of organizations in The Gambia just focused on today, but (the Brikama Society) keeps people who are involved in the project accountable.”

Jallow praised Sumareh for his passionate involvement in the Brikama Society, and for how quickly he has worked to reinvigorate the group in Portland.

Sumareh is pursuing a degree in International Studies, with a focus on peace and conflict resolution. He hopes to return to a Gambian government amenable to progressive policy change, but is open to working for another African nation, or perhaps returning to his own country as a much-needed educator in the field.

In the meantime, he is excited to help his group prepare its Independence Day event, which will celebrate 55 years since The Gambia was a British colony and protectorate.

“We are from different parts of The Gambia, but it’s like we are from the same town, because the difference is not there,” Sumareh said. “I remember at one point when there was a little rancor in The Gambia, the U.S. Embassy sent a message that all the U.S. citizens should come to the U.S. Embassy. I’m like, okay. They didn’t say ‘All the people from Washington D.C., go here,’ they say ‘All Americans.’ It’s the same in Gambia. Being Gambian is just being a Gambian.”

For more information about the Brikama Society and its Brikama Health Centre Project, visit brikamasociety.org.