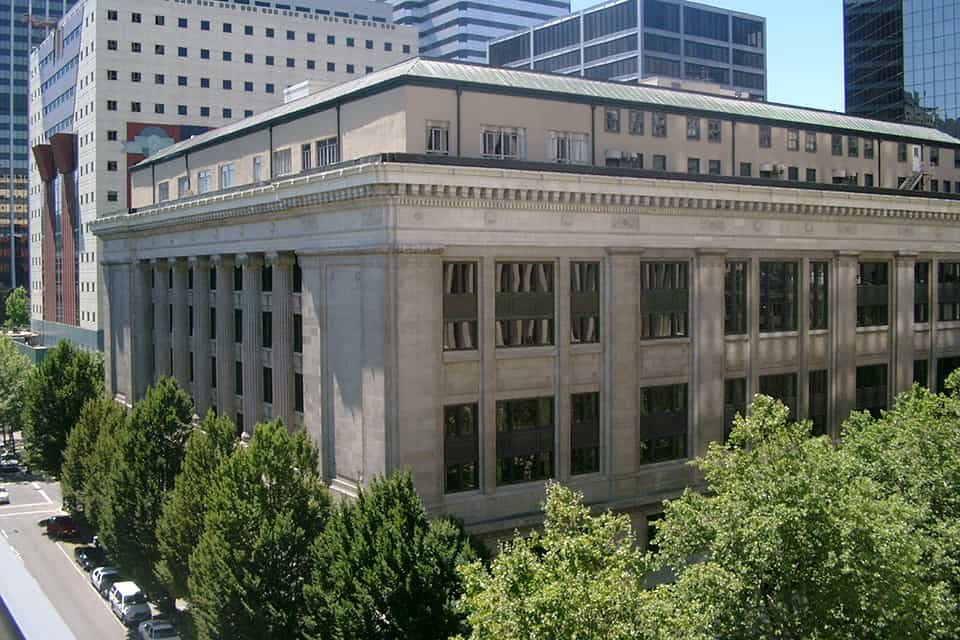 A newly formed grassroots coalition wants to push Oregon district attorneys in a more progressive direction. The group will hold a training session next week and forums for DA candidates in Multnomah and Clackamas counties in late October.

Oregon DA for the People has drawn up an extensive platform of demands for district attorney candidates that they intend to use as a sort of measuring stick for future candidates and, when they’re elected, future DAs. Among its demands: stop targeting Black, brown and indigenous communities; decline to prosecute individuals with mental health issues; and commit to ending mass incarceration.

“That is part of a national movement to change the role of what the district attorney should be,” Madeline Carroll, an organizer with the group, told The Skanner. For the last several decades, she said, prosecutors’ performance has been measured with metrics like the number of convictions they achieve – rather than reduction in crime, a reduction in the number of incarcerated people or an increased sense in safety among community members.

One of the groups under its umbrella, Pacific Northwest Family Circle, was founded in 2017 by Irene Kalonji, the mother of Christopher Kalonji, who was killed by Clackamas County deputies in January 2016, to support families who have lost loved ones to police violence. Searching for solutions to police violence, they realized that some of the entities that could hold police accountable – such as police unions or police chiefs – are largely out of citizens’ hands. But as elected officials, DAs answer directly to voters.

“We learned before Shaun King, before the ACLU started their They Report to You campaign that district attorneys were not being held accountable for their actions. Certainly our families have learned that again and again,” said Maria Cahill, an organizer with Pacific Northwest Family Circle.

Inspired in part by elections in other parts of the country – like the election of Larry Krasner in Philadelphia in May 2017 – Pacific Northwest Family Circle began talking to an anti-racist group called Showing Up for Racial Justice – about how to replicate those successes in Oregon.

The coalition also intends to hold DAs accountable once they’re elected – and to raise awareness of DA races, which tend to be lower-profile elections.

In Oregon, they coincide with May primary elections, when turnout is usually far lower than in November general elections. Often, candidates for prosecutor run unopposed, and many start as appointees, stepping into the role after a predecessor leaves office, then running as incumbents when the election rolls around.

Alternatively, a district attorney will announce impending retirement a short period before the filing deadline for the next election, creating a glide path for whichever candidate the retiring prosecutor has shoulder-tapped to run – and a short campaign season should a contender step up, Cahill explained.

That race was the most expensive DA race in Oregon’s history, and much of the media coverage focused on who was writing the checks. Barton received $150,000 from Henry Swigert, the retired founder of the Portland-based manufacturer ESCO Corp., and $100,000 from Nike founder Phil Knight. Wall garnered headlines when he received $389,000 from a political action committee associated with George Soros, a billionaire philanthropist and target of numerous conspiracy theories.

Oregon DA for the People was a nascent group when that campaign happened, and while they were not heavily involved, they provided some assistance.

“The biggest lesson I think that we’ve learned is that it’s really important to focus on the issues. The more we can dive into the issues rather than attacking into individual candidates back and forth, the better,” Carroll said. The group will not be endorsing candidates in upcoming races, but will instead focus on examining candidates’ records and platforms.

On Oct. 2, Oregon DA for the People will hold a training in Clackamas County to learn about the power of the DA’s office and what’s at stake in electing a new one, and on Oct. 26 it will hold a panel discussion and question-and-answer session regarding the race. On Oct. 27, from 2 to 7 p.m., the group  will hold a candidate’s forum for Multnomah County DA Candidates in downtown Portland. All events are open to the public, and members of the community are invited to provide feedback on the platform, which is published in full on the website. For more information, visit https://www.oregondaforthepeople.com.

“The big, weird message that needs to get out that’s really important is that the district attorney’s race only happens in the May election. It is not in November. There is no runoff, there is nothing. There is nothing on the November ballot. So we must vote in May,” Cahill said.

An earlier version of this article incorrectly stated that Clackamas County district attorney John Wentworth will be at the Oct. 27 event. The Skanner regrets the error.