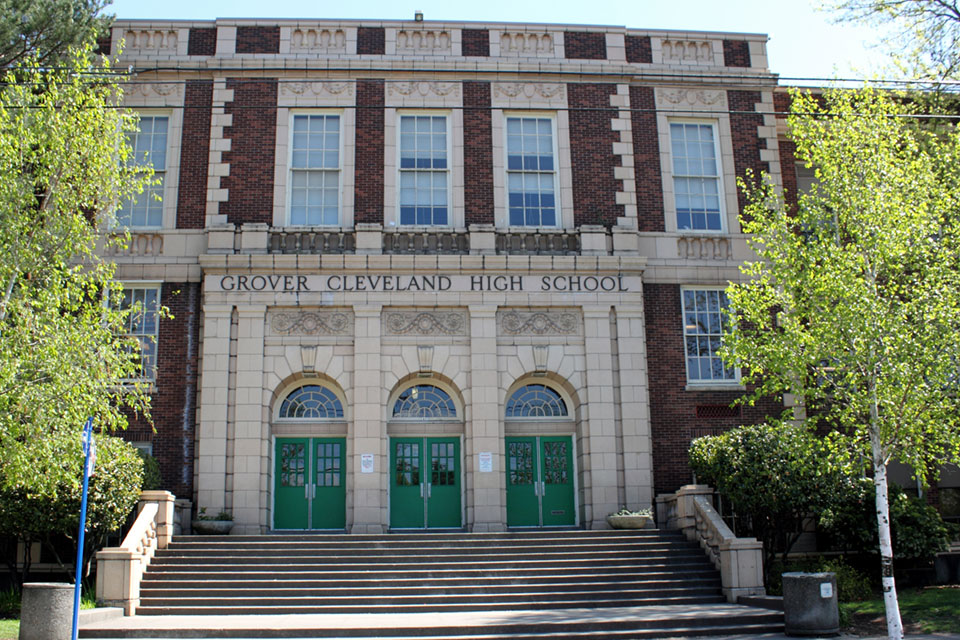 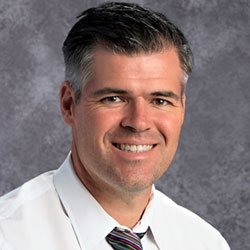 Leo Lawyer is the new principal at Cleveland High School in southeast Portland. He had previously served as principal of Neah-Kah-Nie Middle School in Rockaway since 2012. (Photo courtesy of Neah-Kah-Nie School District) Cleveland High is one of many schools in Portland to welcome a new principal for the 2019-2020 school year -- but it is the only one whose previous principal resigned after a vote of no-confidence from staff.

“It’s been very positive so far,” incoming principal Leo Lawyer told The Skanner a week into the new school term. “The school definitely had some challenges last year with student behavior and we’re trying to do our best to acknowledge some challenges that this school has faced, and set a plan in place to be successful this year related to school climate.”

Lawyer was sensitive to the frustration he was walking into when he accepted the position. Last year, a number of racist incidents plagued the southeast high school: In October, fliers for the school's Jewish Student Union were defaced with swastikas and hate language, and then-principal Ayesha Freeman was criticized for not immediately telling members of the student group, staff or Cleveland families -- and for ultimately recycling the evidence. Racist graffiti was later found in bathrooms, and in April, a noose was discovered in an entryway. That same month, a group of students baked a “blackface” cake in a culinary arts class, an incident that was captured on Snapchat.

The students who had baked the cake were later involved in a restorative justice circle with members of the Black Student Union, facilitated by student success advocate Charles Hunter. No other students were disciplined for racist incidents.

Response to these episodes was piecemeal, and often seemed initiated by staff rather than by Freeman: Social studies teachers integrated a lesson about the history of blackface in the U.S. into their plans the week after the cake incident, according to the school's newspaper, and Hunter and members of the Black Student Union held a panel in spring to discuss the incidents, with Hunter reading anonymous letters from students who did not feel safe.

Lawyer emphasized that his approach to such incidents would be swifter and more deliberate.

“The system, in my evaluation, was overwhelmed by some of the hate incidents. Our focus is to have a pragmatic approach to an emotional event,” Lawyer told The Skanner. “I’m not trying to evaluate the administration form last year, but we just want to make sure that we maintain some sense of impartiality during investigations, and don’t get tied up into the potential emotion of the hate speech event. It’s not that we don’t want to deal with it, but you have to respect confidentiality and respect the investigative process, and those protocols that may have been lacking last year. We’re going to deal with it.”

Lawyer added, “One of my sayings that I’ve used being a principal in a difficult role is that there’s too many cooks in the kitchen. I don’t think that was the case last year, but I think going forward, ultimately, I have to be the arbiter, and I will be the arbiter of our response to hate speech and hate acts, and do a full investigation and work within the system to come up with some positive outcomes.”

Lawyer confirmed he has already implemented a more robust hall pass policy to cut down on “roamers,” including more staff presence in the hallways. In addition, at the district’s direction, the school will make sure seniors have a class load of 80% or more.

“One thing that we’re trying to focus on is academics,” he said. “It’s easy at this school, which is relatively high-performing. There are so many phenomenal class options here, especially in the (International Baccalaureate) and the PE offerings. We have a really strong crossfit program, as well as high-level psychology study going on here, for example.”

Lawyer recently relocated from Rockaway Beach, where he had served as principal at Neah-Kah-Nie Middle School since 2012. But he began his teaching career at a Los Angeles-area high school for teens that had been incarcerated.

“Young people incarcerated have a pretty strong distrust of authority,” Lawyer told The Skanner. “You have to go deep to make a connection with somebody that’s been in jail. In order to be successful in that job, you had to go deep. That subconscious training led me to success as a teacher and then as an administrator. Just the art of shaking a young man’s hand, whether they’re an African American man or a White male, speaks volumes.”

Lawyer holds a bachelor's in English and a master of science in school administration, both from PSU.

“Coming to Cleveland validates my desire to get back to the high school level,” Lawyer said. “I took my SATs here back in November 1992, in the library. I’ve always had sort of a mystic ideology about Cleveland High. I’ve always wanted to work here.

"There are some really neat things happening in high schools -- not all high school kids are disenfranchised.”

Still, Lawyer has very little patience for smartphones and social media, which he sees as extending the reach of negativity outside of school hours, making it much more difficult for administrators to respond to incidents of racism or bullying that still impact students.

“Social media is a weapon of mass destruction. It ruins kids, it ruins families,” Lawyer said. “I don’t know many adults that can handle social media, let alone kids.”

He added, “What is key is respecting confidentiality and the discipline process and getting down to the bottom of a particular student’s idea of why they may have said this, or done this, and what was the end goal. This is not speaking to what happened last year, but oftentimes, students don’t know what they don’t know. It can be more of an educational opportunity than not.”