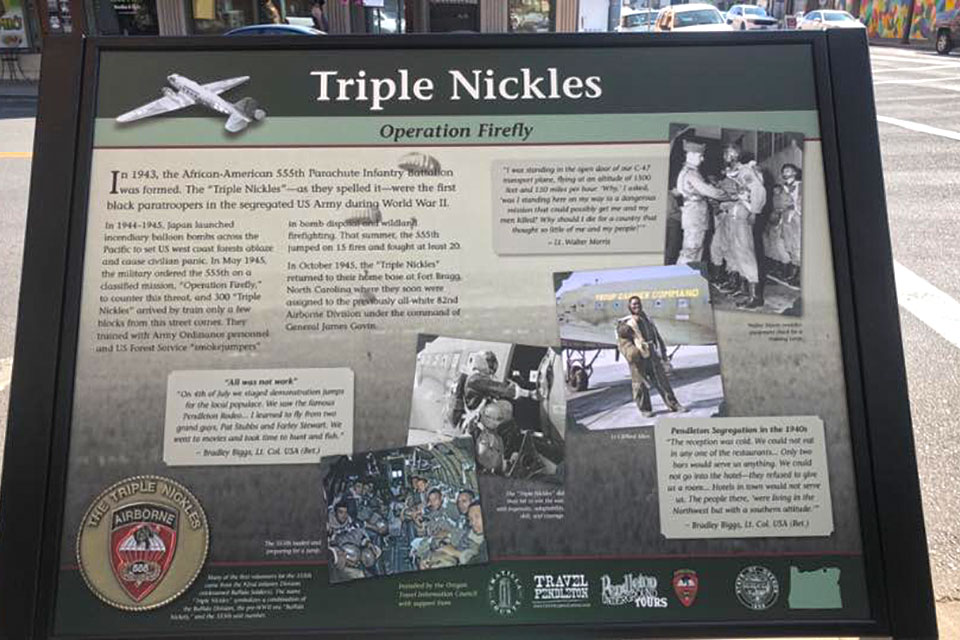 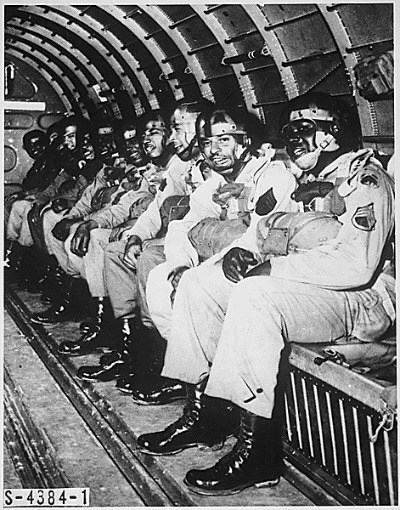 Eastern Washington University sociologist Bob Bartlett says 555th Parachute Infantry Battalion soldiers thought they were heading to Japan when they stopped at Pendleton Army Airfield in the spring of 1945.

Barlett told Oregon Public Broadcasting the soldiers were instead assigned to fight forest fires as smokejumpers. They were also expected to find and dismantle bomb-carrying hydrogen balloons that Japan launched to drift across the Pacific.

The interpretive panel on Main Street in Pendleton describes the unit known as the Triple Nickles and their work. The marker also acknowledges the discrimination that the 300 or so Black soldiers experienced in Pendleton at the time.