Just days ago, a young Black man shot himself in Northeast Portland. Donnell Larry Barnum died before reaching his 25th birthday.
Sharon Maxwell-Hendricks, who knew Barnum as a friend of her children, said friends and family are devastated by the loss of a young man who "was always there" for others.
"He was a beautiful person," Maxwell-Hendricks told The Skanner. "I believe Larry always wanted the best – even though the best didn't always come to him."
Leeshawn Barnum, said his younger brother had a big heart and would always reach out to those younger than himself.
"He had an energy around him," he said. "He had a charisma that just pulled you in. He always tried to help people as much as he could; he opened his heart to everyone."
Leeshawn said his brother's suicide came as a shock. "It seemed really sudden to me," he said. "I don't think it was a chronic depression, it was probably more like an acute depression."
According to those who knew him well, Barnum had been hit hard when a car detailing business he had opened on Martin Luther King Jr. Blvd. was forced to close a few months ago because of zoning restrictions.
Leeshawn said he doesn't know if his brother would have accepted professional help, since he hadn't even talked to those closest to him.
"He had family around," Leeshawn said. "I'm sure if he had spoken with someone…"
In the days before his death, Larry Barnum reportedly told one or two people that he felt very tired, that he just wanted to lay down his head and rest. But somehow, despite his circle of loving friends and family, he didn't seek help. He didn't tell his family and friends how desperate he was feeling. And, as far as anyone can tell, he didn't visit a doctor or a counselor to seek help.
When it comes to getting help for depression and other mental illnesses, far too many African Americans are falling through the cracks, says Dr. Norwood Knight Richardson, 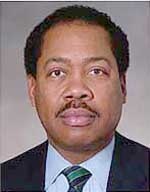 a psychiatrist and senior policy advisor at Oregon Health and Science University.
Far too often, sufferers – especially African Americans — end up in jails rather than hospitals, he said.
"In the city of Portland we are small number of the population, but we end up being overrepresented in the jail and the judicial system. That is true for children as well in the juvenile system."
About one in 10 African Americans will go through a major depression during their lifetime, according to statistics from the National Institutes of Mental Health. Yet just 45 percent will receive any treatment.
Left untreated, people with mental illness can lose jobs, homes and the ability to care for themselves. Children – especially – suffer because of family breakdown or from living with a parent who struggles with everyday living or behaves erratically.
For people with health insurance, the difficulty might just be finding a doctor, a psychiatric nurse practitioner or a therapist without a long waitlist.
"That's if you have money and insurance," Knight Richardson said. "If you don't have either one of those, what happens? You get really, really sick and you end up in the emergency department or with the police, or some place you don't want to be with this very severe illness.
"And then you may be unfortunate enough to get caught up into the mandatory or commitment system. I say unfortunate because that is a huge blow to anyone's self esteem to be forced; it's a very… it has to be — a very frightening experience."
Knight Richardson said that while many people face serious difficulties in getting care in time to prevent these kinds of problems, for African Americans the problems are deeper.
"When we do get into the medical system we find we are generally misdiagnosed with psychotic disorders," Knight Richardson said. "We end up being diagnosed more often as paranoid schizophrenic than others. We also are underdiagnosed when it comes to depression and anxiety.
"Furthermore (African Americans) don't have access to culturally competent treatment specialists:  therapists as well as physicians."
As one of just two African American psychiatrists practicing in the city, he knows first hand about the shortage of Black and other minority doctors, psychologists, social workers and care workers of all kinds.
The key to successful treatment is trust between patients, families and professionals, Knight Richardson said. And trust is only possible when professionals are culturally competent. Native Americans, Latinos and immigrants face similar barriers. Doctors and therapists may not even speak their language never mind understand their culture.
"We're basically talking about the confidence that you need to have in whoever is helping you through a problem," he said. "If you don't have confidence in that that individual understands then you can't form that therapeutic relationship ..."
To make sure African Americans in Portland have somewhere to turn where doctors and therapists will understand their history and culture, Knight Richardson, Dr. W. G. Hardy Jr., Pastor of Highland United Church of Christ and many other members of the African American Mental Health Commission have been working to open a mental health center to meet the needs of Portland's African American communities.
Thanks to their efforts, the Avel Gordly Center for Healing, staffed by culturally competent mental health professionals, will open Feb. 28 in downtown Portland, at 621 S.W. Alder, 5th Floor. Hours of operation are Monday through Friday from 8:30 a.m. to 6  p.m. For an appointment call 503-494-4745.
Knight Richardson will be the medical director of the center. Currently the board is searching for an associate director, who will take on the administration of the clinic, but also will work with patients.
Depression and anxiety and other mental health problems can be successfully treated with a combination of medicine and therapy. Even schizophrenia, Knight Richardson said, often thought more difficult to treat, can be treated with success – if it is caught early on.
"The hidden sorrow in all this is that so many of us … are walking around with mental illness and suffering unnecessarily — and our kids are killing themselves," he said. "Suicide rates are up in African American males; the highest suicide rates in the country are among American Indian males …so what you see is really an epidemic of human suffering that we could do something about if we recognized and did not discriminate against mental illness."
Discrimination against mental illness? What Knight Richardson is talking about is a mental health system that is poorly funded, fragmented and fails to meet the needs of millions of Americans of all colors.
Leslie Ford, executive director of Cascadia Behavioral Healthcare, which offers a wide range of mental health and addiction services including sheltered housing and employment support, said the Oregon Health Plan covers only the most severely ill people. The agency had to close 2,600 cases when the health plan cut funding in 2003.
"We know it is much less expensive to treat people early on," Ford said. "But getting the political will for this is very hard."
Dr. Gayle Porter, who spoke in Portland at the African American Health Coalition's annual health disparities conference, last October, urged people to seek treatment. A common misunderstanding in Black communities, Porter said, was that religious faith should be enough to help anyone out of a depression. But because depression is a biological illness with physical affects on the brain, medicine and therapy often are necessary.
Porter said the supposedly inspirational message "Too blessed to be stressed," doesn't help people with depression. When someone is depressed, they should know, "I'm too stressed to even know I'm blessed."
"There is nothing so powerful as prayer and therapy," Porter said. "You do not have to give up one to have the other."
Relatives and Friends of Larry Barnum say they plan to collect money for a scholarship in his name. Watch this space for the bank account number where you may donate.