Beyond ‘Woke’: Empowering Portlanders to Call-Out Racism with Compassion 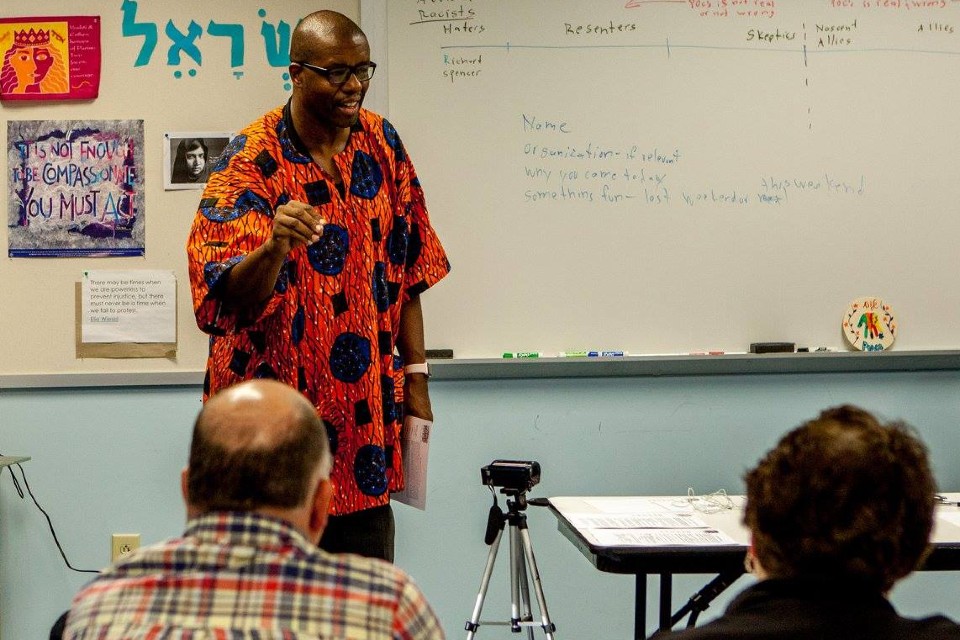 Last week, The Skanner sat down for an interview with author and educator David Campt, Ph.D. Campt is the author of “The Little Book of Dialogue for Difficult Subjects” and the architect of “The White Ally Toolkit”  –  a program designed to teach White people strategies and skills to effectively address racist behaviors and attitudes in their day-to-day lives. This interview has been edited for space and clarity.

The Skanner News: Could you tell me a bit more about the White Ally Toolkit?

David Campt: So the idea is to spread the cause of racial equity and decrease the number of White folks who deny [racism’s existence], by giving skills of persuasion to White folks who do think racism is a problem.

TSN: Why should racism skeptics be empathetically listened to?

TSN: If I told someone in Portland, Oregon that this person is a racism skeptic, they wouldn’t want to listen to them at all.

DC: Well, people need to get over that. Yes, they wouldn’t. That’s precisely the problem. The problem is that people who think of themselves as woke or down or understanding or allies, they think that the best way for them to effectuate change is to read people the riot act and become all condescending, and give people lectures about racism when somebody manifests either racist attitudes or just racially ignorant attitudes. And it turns out that is precisely the opposite of what needs to be done.

If you want to think of yourself as really helping the cause as opposed to just making yourself feel good, then you need to do what’s most effective. And what is most effective is not [act] with your impulse which is to be harsh, condescending and superior to people. That’s precisely what doesn’t work. So, yeah, that’s why they should do it. I mean you can do that, you can make yourself feel good about ‘I just read somebody the riot act’... Who are you helping?

You’re not helping people of color by doing that. You’re just making yourself feel good.

TSN: Why are the principles of the White ally toolkit so important in a city like Portland, Oregon  –  one of the Whitest cities in the country?

DC: People here can be really complacent. They can be complacent about being part of a better future and also incredibly nervous. They don’t know what to do, a lot of people will be like ‘I’m woke, I check my privilege so I guess I’m doing what I can.’ They got cousins either here or in other places that have racially problematic views, but they don’t want to talk to them, so they isolate themselves in this little bubble and don’t do anything. And you can do that in a place like Portland, but you still got cousins you’ll see at holiday time. Part of what we’re trying to teach is -- no matter where you are or who you are  –  if you know people in your broad circle of influence, or circle of contact even… who have racially problematic views, you can do something to achieve, to pursue racial equity.

You shouldn’t just sit up and decide ‘Well, I’m woke. I check my privilege. I’m done.’ No, you are not done.

We have a culture here that’s way too wokity woke.

[The White Ally Toolkit is] about talking to your cousin when he says that racially problematic stuff so that you can move him. Portland is a great place for that to ripple out within the anti-racist, woke community. This is like Woke Central so people really need to learn this... so they can influence other people.

TSN: Nationally, why are the principles of the White Ally Tool Kit so important in today’s social and political climate?

DC: Like 90 percent of Americans think that we’re too divided. A whole bunch of that division is based on racial issues. It’s not all race but a lot of that is race… and just to be clear, a lot of that division is issues among White people, with White people differing dramatically about racial issues, and judging each other negatively because of that.

So we need strategies based on people talking, knitting our social fabric back together so we can talk across ideological lines.

It also, of course, is the case that we have a racial equity problem, and we're not going to make progress on that until a whole bunch of White people get out of denial about racism… Given all of that, that’s why it’s important that these compassion-based tools be spread because, you know, this is going to be important to make America great again.