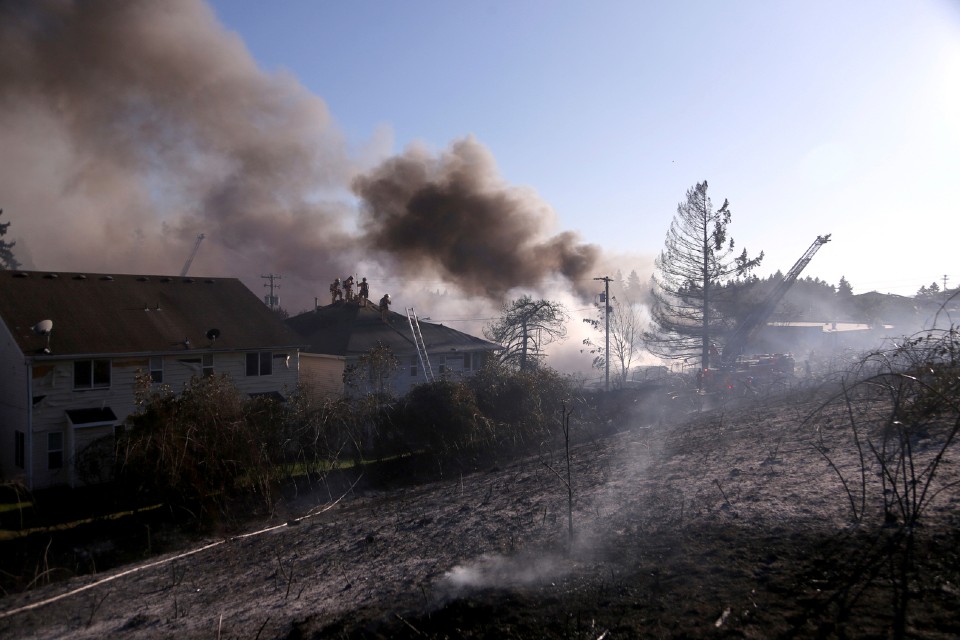 PORTLAND, Ore. (AP) — A wind-driven grass fire that roared to life during rush hour in a residential neighborhood of Portland, Oregon, damaged five buildings, destroyed 50 cars in a parking lot and prompted evacuations as residents across the city gawked at the huge plume of black smoke.

Portland Fire and Rescue said Tuesday the fire was out and the air quality had improved enough that residents could return to their homes. No one was hurt in the Monday evening blaze.

Firefighters were able to contain it to an area about the size of 2 ½ city blocks.

The blaze in a densely populated area of a big city is unusual and comes as a late-summer heat wave in the region was expected to push temperatures close to 100 degrees (38 Celsius) on Tuesday.

The cause of the fire is under investigation.

The Lumberyard, an indoor BMX bike park and camp, was damaged in the blaze and its owners said Tuesday there was still no power.

"We have immense gratitude for Portland's fire, police, and emergency services; without their skill and courage, the toll would certainly have been worse," they posted on Facebook.