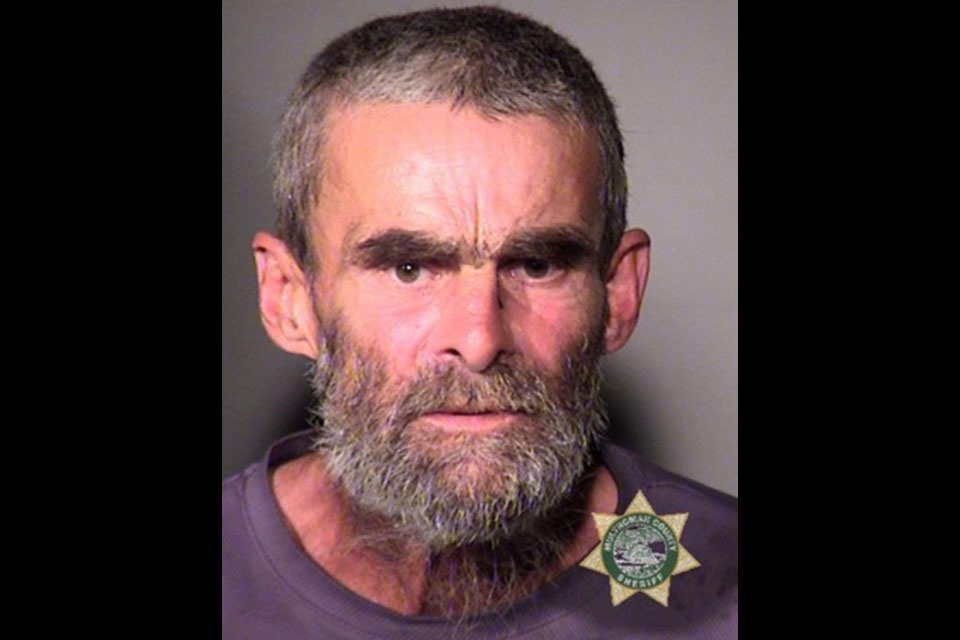 Under Oregon’s new law, it is now a felony to commit a bias crime when a person intentionally, knowingly or recklessly causes physical injury to another person because of the actor’s perception of the victim’s race, color, religion, sexual orientation, gender identity, disability or national origin. Previously, to be charged as a felony, two or more people would need to commit the offense.

According to court documents, this investigation started last Saturday at approximately 2 a.m. when the three male victims and a witness, all of whom are Latino, were walking away from CC Slaughters. As the group walked along the sidewalk talking, Oden was sitting in an alcove of a nearby building. None of the males spoke with Oden. Shortly after passing by, Oden got up and started yelling at them.

Oden used homophobic language towards the group and then started punching them, hitting three on the face, according to court documents.

"Go back to your country"

The three victims and the witness were able to get away from Oden. As they continued to separate themselves from him, it is alleged Oden yelled, "go back to your country,” according to court documents.

Employees from CC Slaughters called police, according to court documents.

As police took Oden into custody, he continued to use racial and homophobic language and threatened continued assaults, according to court documents.

One of the victims had a swollen and bloodied lip and said that he felt substantial pain when hit by Oden, according to court documents.

The Oregon Attorney General’s Hate Crimes Task Force helped draft the language in Senate Bill 577. The new law, which went into effect on July 15, 2019, renamed the crime of “intimidation” to “bias crime,” added gender identity to the list of protected categories and removed the requirement that two or more people commit the crime in order to make it a felony.