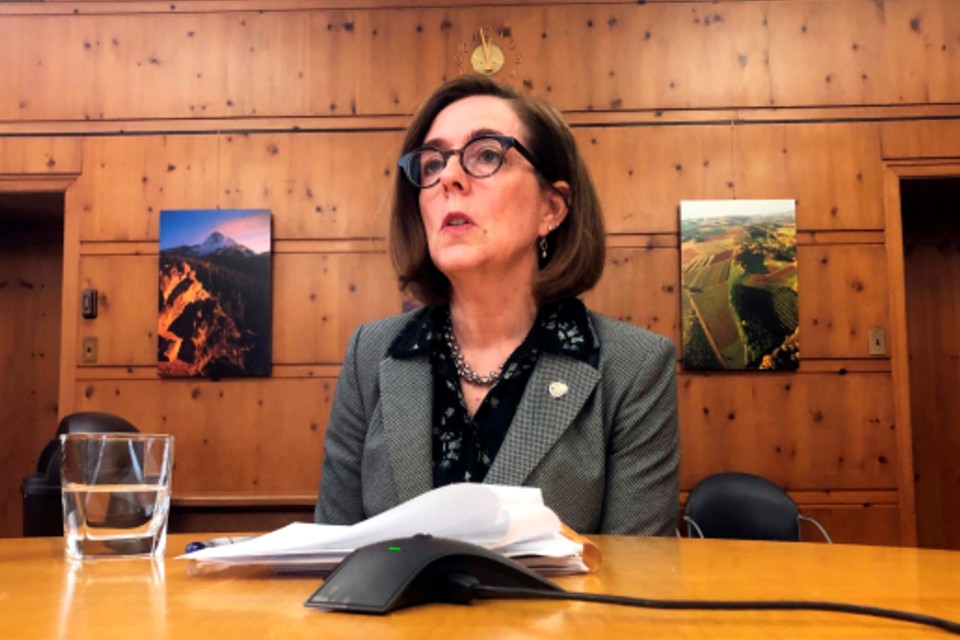 SALEM, Ore. (AP) — Oregon Gov. Kate Brown on Friday signed what advocates are calling the nation's most progressive paid family and medical leave measure, making the state the first in the country to offer 100% wage replacement for minimum-wage workers.

The law, which will pay out benefits beginning in 2023, gives 12 weeks paid time off to new parents, victims of domestic violence and those who become ill or need to care for a sick family member. It also includes people who may be in the country illegally and those working part-time. Residents need to work 1,000 hours a year to qualify.

The state joins eight others and the District of Columbia in offering paid family leave.

"This is one of the most inclusive and equitable paid leave laws in the country," said Andrea Paluso, executive director of Family Forward, the advocacy group who helped craft the bill. "It's accessible to nearly every worker and provides enough benefits so people can just focus on taking care of themselves or their families when they need to."

The law allows workers to take time off not only to care for blood relatives, but also for significant others, friends and other close associates that are the "equivalent of a family relationship."

Workers will also be able to take paid leave in non-consecutive increments, allowing those with chronic illnesses to take time off when needed.

"This bill is written for 2019," said then-House Majority Leader Jennifer Williamson on the floor in June. "It better captures the structures of families and reflects the types of communities and neighbors we strive to be."

Paid Family Leave Across the Country

Across the country, 14% of workers are provided paid family leave by their employers, according to a study from the Pew Research Center. Employees who need time off are guaranteed job protection under federal law, but they aren't paid for the time they take.

That leaves many being forced to choose between taking care of a loved one and paying the bills.

Wen Ping Chen, who immigrated to Portland from China 12 years ago, is a part-time homecare worker who also is the primary caretaker of her three young children and her elderly mother-in-law. She told lawmakers earlier this year that her job offers no paid time off, meaning she often has to forgo a paycheck and put her family's "economic security" at risk in order to take care of her family.

"When my children are sick, I have to choose between caring for them or receiving a paycheck," she said. "When my mother-in-law has to go to the emergency room, there is no one to take her unless I take time off from work and give up my paycheck."

Payroll Contributions and Funding the Program

The Oregon Employment Department will determine what percentage of payroll contributions should go to fund program, though statutorily it can't be more than 1%. Workers will pay 60% of whatever rate is decided, with employers contributing the remaining 40%.

Small businesses with less than 25 employees will not have to pay into the program, although their workers will still receive benefits.

"Working people in this state deserve better," Williamson said. "Whether it's the birth of a child or a serious family illness, we all need time to take care of our families."