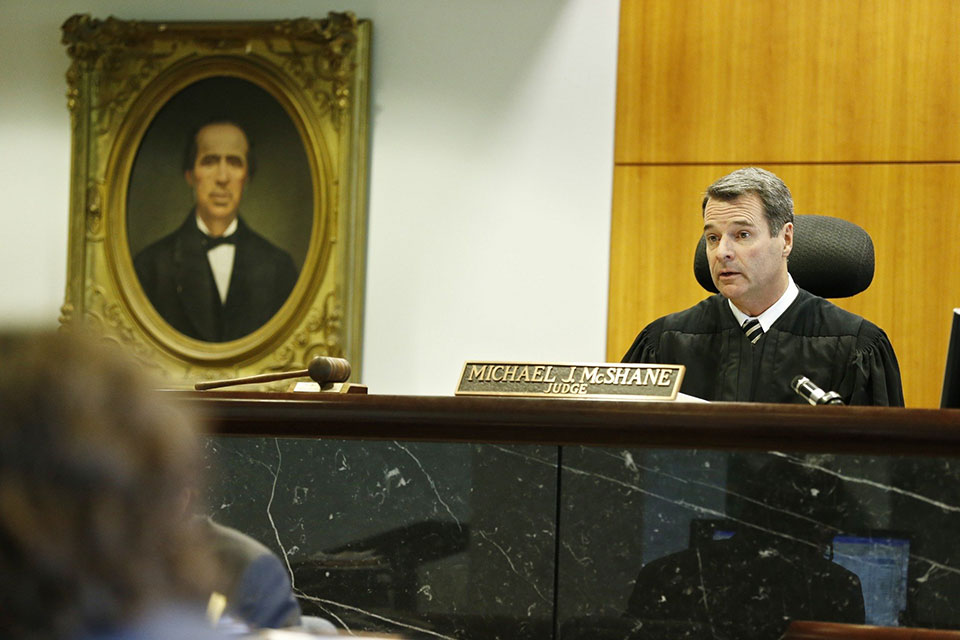 PORTLAND, Ore. (AP) — A judge has barred the Trump administration from withholding public safety grants from the state and the city of Portland over Oregon's sanctuary law that directs police not to help federal agents enforce immigration policies.

U.S. District Judge Michael J. McShane, who is based in Eugene, Oregon, also said in the decision issued late Wednesday that the federal government can't impose immigration-related conditions on the grant awards.

McShane's ruling mirrors similar ones by federal judges elsewhere in the country.

The Oregonian/OregonLive reports McShane made the decision in a case brought by Gov. Kate Brown, Oregon Attorney General Ellen Rosenblum and the city against President Donald Trump and U.S. Attorney General William Barr.

Violation of the 10th Amendment

He found that two federal statutes unconstitutionally ban local and state governments and agencies from enacting laws or policies that limit communication with federal officials about immigration or someone's citizenship status.

McShane ruled the statutes violate the 10th Amendment, which says any power not expressly given to the federal government falls to the states or their people.

Since 2017, the federal government has placed restrictions on public safety grants, which provide money to states, cities, counties and tribes for criminal justice personnel, training and equipment.

The conditions say the grant recipients must allow immigration agents access to prisons or jails, must give advance notice to federal officials when prisoners wanted on immigration detainers are to be released, and must certify that they're complying with the federal statutes.

In the ruling McShane said Oregon and Portland "would, under any of these circumstances, risk public safety by eroding trust with immigrant communities or abandoning critical law enforcement initiatives funded by" the grants.

He ordered the federal government to give the grants to Oregon for fiscal 2017 and 2018 that it withheld, with no conditions or penalties - a total of almost $5 million.