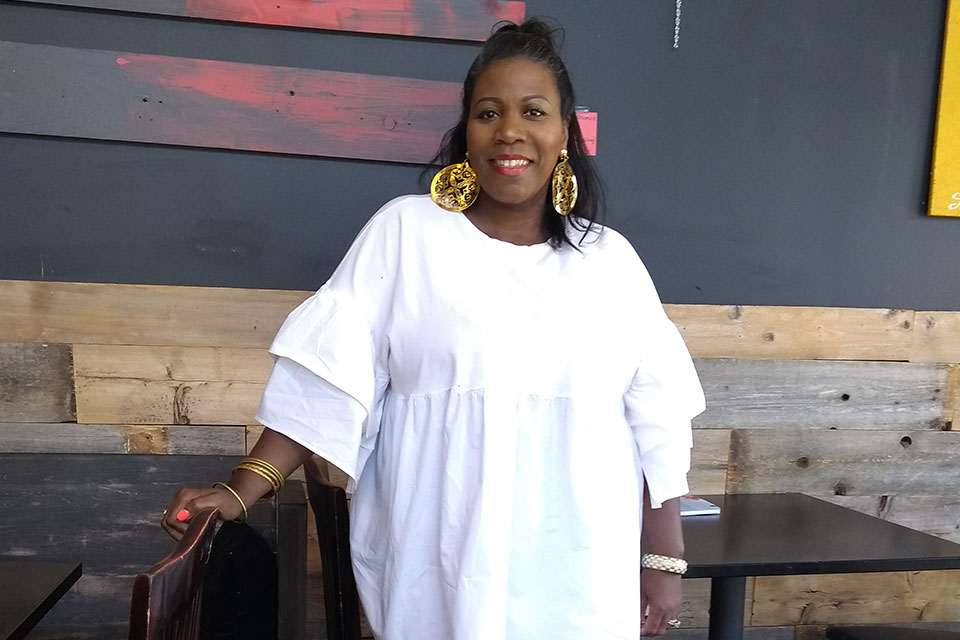 “There’s a lot of trauma-informed care. And I think a lot of that is great,” Lisa Saunders told The Skanner. “We do need to recognize that there are systems in our culture that trigger trauma; our systems are not designed to deal with women or men who are coming out of trauma. I love trauma-informed care practices. But I think the flipside of that is I believe then people get defined by trauma all the time. We don’t want to trigger someone, and that’s good, but can we not leave them there? Can we be aspirational and move on?”

To that end, Saunders founded FaithBridge, LLC this year, formalizing her many years of ministering in the community. Her goal now is to work with agencies and organizations to provide supplemental faith-focused counseling, specifically to Black women who are in transition -- from rehab, from time spent in the correctional system.

While Saunders is in the process of negotiating her first contracts with area organizations, she admits that running a Christian program puts her at odds with Oregon Administrative Rules governing transitional programs that are state-funded.

“I may end up having to be down at the Legislature one day,” she said.

“I didn’t want to turn this into a political thing, but God does things in his own way.

"So maybe part of this is to begin to open this conversation.”

“If 84% of Black women attend church services at least once a week -- more than any other demographic -- and if 87% of Black women say that in times of stress and trauma they turn to their faith, why would you not offer it?” Saunders said, citing a 2012 Washington Post-Kaiser Family foundation poll. “But you get women now that are in mandated or case-managed programs, and they’re going to be in these trauma services, but we can’t talk about your faith. I’m beginning more and more to think that this is an equity issue.”

Saunders defines the concept of “faith equity” as “allowing access to faith practices that are compatible” to an individual’s spiritual beliefs.

“In the Christian faith, there are some folks that are not being real good and kind right now, not living up to the tenets of the faith, and they are just nuts. I get it,” Saunders said. “That has to do with their interpretation of the faith. And I’m not talking about forcing women into this. I’m saying, can faith be a choice? Oftentimes, people of faith are shut out of the conversation.”

She emphasized that nearly eight out of 10 Black Americans identify as Christian.

The Process of Healing

Saunders, 54, saw faith as integral to her own healing. She explained that when she was a single mother of two, she didn’t use drugs or take up with the wrong crowd, but felt far from where she meant to be. She said that she was out one night in downtown Portland more than 30 years ago when she felt called to attend church the next morning. She returned to Maranatha Church, a place that had welcomed her during her most recent pregnancy. At the time, she had lost her brother and grandmother within a year, and her partner had recently left. Deeply in mourning, Saunders said it wasn’t until she was seven months pregnant and attended the church’s group for single mothers that she felt okay again -- and felt joy about her pregnancy.

“The baby hadn’t been celebrated. There had been so much turmoil and grieving,” she told The Skanner. “It was just about meeting me. Not upstairs in the sanctuary, but in the church basement. So I went right back to that place when I went back to church.”

Saunders began attending church regularly, and is now a member of Emmanuel Church in northeast Portland. Now an ordained minister, she first found herself ministering specifically to the women of the church, eventually organizing offsite meetings that she called Crystal Gatherings at Elevated Coffee on Martin Luther King Jr. Boulevard.

“It was for women -- especially Black women -- who have gone through some traumatic thing,” Saunders said. “And we go to church sometimes, but sometimes you’re in such a place that going to church is a haul. Sometimes you just don’t feel like it. For some women, just going back to church is an issue. So I wanted to do these community workshops to say, hey, let’s come together and let’s talk.”

She likens the process of healing from trauma to the multifaceted features of crystal.

“You never look at a piece of crystal and think, ‘Oh, that poor vase!’ It’s beautiful because of all of the things that are done to it. It’s all about what happened to you, and changing the conversation so the wounds can now reflect light."

In January, Saunders left her position of Manager of Strategic Partnerships at Self Enhancement, Inc., where she worked for 20 years, to focus on FaithBridge full-time. Her goal is to partner with local nonprofit and government programs who serve women in trauma recovery services.

“It’s really about reclaiming your own voice in your story, and where you are, and then dreaming again,” Saunders said.

Saunders added, “I tell women, your story can save someone else. Your story doesn’t have to be buried. I never thought I’d be going and telling the good, bad, and ugly of my life. I didn’t think God would use me to reach back and be really transparent. For me it was a natural and gradual progression of my own healing, and settling down into my faith.”