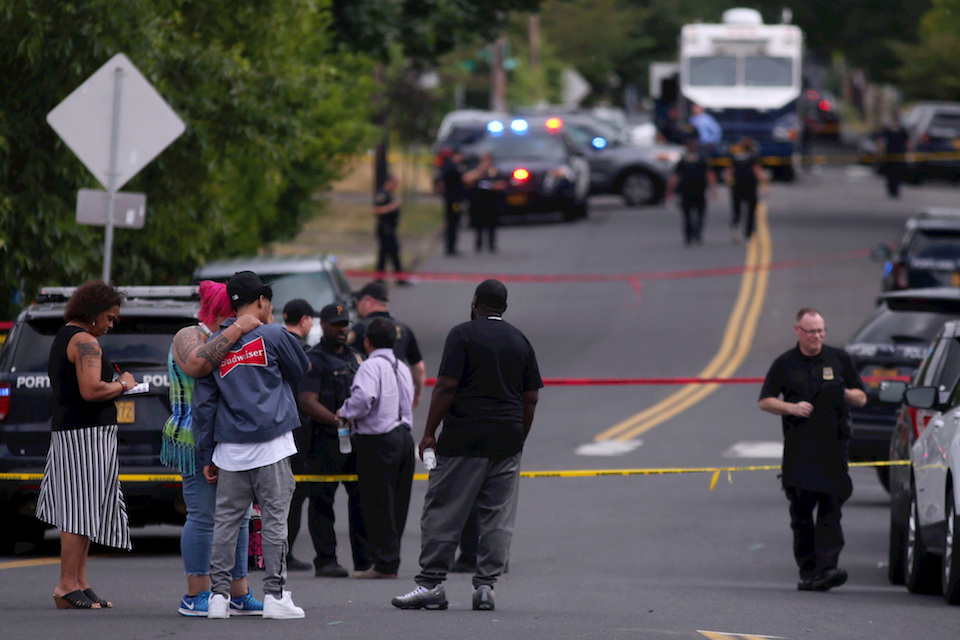 PORTLAND, Ore. (AP) — Portland State University has confirmed that a man fatally shot Friday at a house in the city was a basketball player at the school.

The school said in a statement that it “mourns the tragic loss of student-athlete Deante Strickland.”

Police said a woman shot them and that a man was dead at the scene, according to an Oregon Live report. Police say the women are believed to have injuries that are not life-threatening.

No arrests have been made. Police said Friday afternoon they were searching for a woman who arrived and left in a silver Lexus SUV with a young child.

“Strick was one of the best. He put so much dedication into all he did on and off the court. He truly represented our Viking values and his hometown of Portland. I will never forget his smile.”

“Strickland attended Portland's Central Catholic High School and Casper College in Wyoming. Upon coming to Portland State, he played in 65 games over two seasons for the men's basketball team. Strickland was a social science major at Portland State.

“We are all deeply saddened and grieving about this tragic news," said Viking Basketball Coach Barret Peery, who recruited Deante back to his hometown in 2017.

“We are better for having had Deante in our lives. His smile, passion and energy for life was second to none. He lit up a room and made the people around him better in every way. He loved his family, his friends and everyone around him. He had great pride in being a kid from Portland and it showed in how he competed each day.

“We will never forget him and he will always be with us. I love Deante and am a better man for having the opportunity to coach him. This entire community will miss him.”