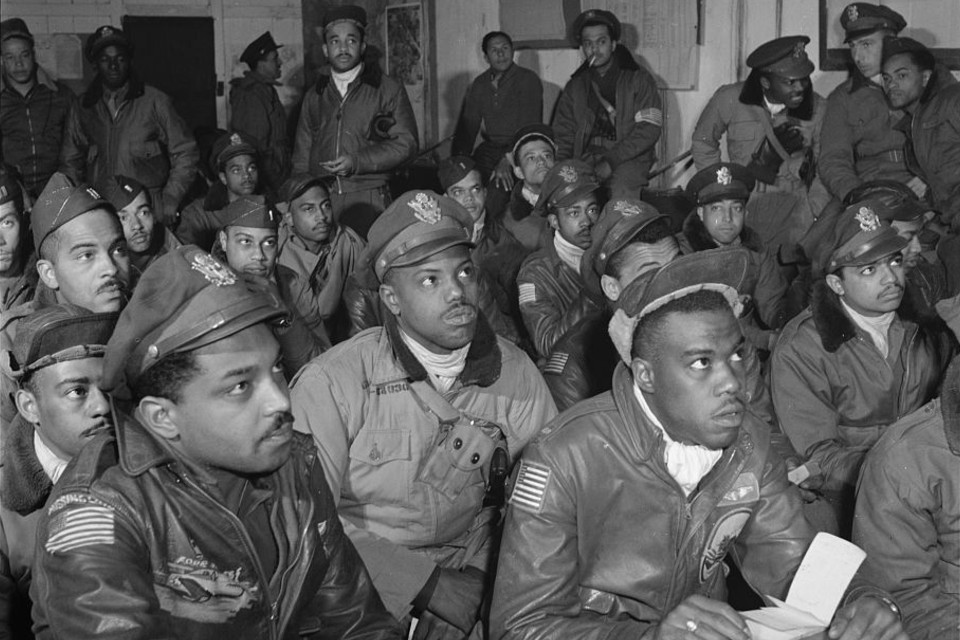 Last month, the Oregon Historical Society (OHS) premiered an exhibit highlighting the efforts of African American World War II service members. These pioneering Black soldiers defended the United States abroad, fighting for justice and social equality they themselves were not granted at home or while serving in the military. These personal sacrifices would in many ways empower and transform the Civil Rights Movement in the decades following the war.

In 1945, at the peak of World War II, there were more than one million Black service members, according to the National World War II Museum. Even tens of thousands of miles away from home, these African Americans experienced the same segregation and discrimination that disenfranchised Blacks under Jim Crow laws in America. Still, these individuals fought for what would become known as the ‘Double Victory’: victory over a foreign enemy and victory defined by social justice and equality at home.

“The wartime experiences of Black and white Americans, who often worked, served, fought, and died together despite official segregation provided the essential impetus for the movements for Civil Rights and equal rights for all Americans,” explains Dr. John H. Morrow, Jr., Franklin Professor of History at The University of Georgia who also chaired the exhibit committee for the National World War II Museum.

The exhibit ‘Fighting for the Right to Fight: African American Experiences in World War II’ is a collection of artifacts, pictures, videos and interactive experiences. One of the standout features is a short film narrated by Robin Roberts showcasing the Tuskegee Airmen who would symbolize Black enlistment in World War II. This video highlights the wartime triumphs of these pilots and offers personal stories recounting their experiences.

“There is also an interesting touch screen interactive that talks about a survey that the War Department issued in 1943 to 7,000 African American servicemen to help guide policy decisions. The visitor is prompted with the same questions these soldiers were asked at the time, one being whether or not they thought that White and Negro soldiers should serve in separate outfits or be integrated within the same outfit,” Rachel Randles director of marketing and communications at OHS told The Skanner.

"Museums have an important role of telling the stories of the past in a way that provides facts, draws connections between past events, and prompts discussion and reflection on the events of today,” Randles told The Skanner.

Today, more than 75 years after the victories in Europe and Japan, the exhibit particularly resonates in the current political and social climate.

“We need to recall these important historical events in these problematic times when our president, who lacks historical knowledge, seeks to divide us with the absurd claim that this will somehow make America ‘great again,’” Dr. Morrow told The Skanner.

The Oregon Historical Society is located at 1200 SW Park Ave. The museum is open Monday through Saturday from 10 a.m. to 5 p.m. and Sunday from 12 p.m. to 5 p.m. The exhibit will run through January 12, 2020. The event is free for OHS members and Multnomah County residents. Otherwise, admission is $10 with discounts available for students, senior citizens, youths and educators.