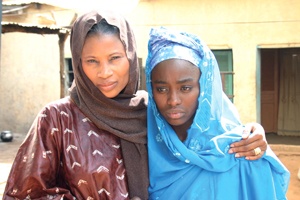 The 18th Annual Cascade Festival of African Films opens this week. Pictured right, a still from the film "Bamako," directed by Abderrahmane Sissako. In the film, Sissako visits an open-air courtyard in Bamako, the capital city of Mali, and puts the World Bank and the International Monetary Fund on trial. Do they help Africa or do they further its poverty and stagnation?  All films are free and open to the public.

For the 18th year in a row, Portlanders are given free front row seats to some of the most relevant and well-made African films available. Presenting both new and old films, the Cascade Festival of African Films kicks off this year on Friday, Feb.1 and continues throughout the month with a variety of films depicting the vastly different experiences of the people of Africa.
Beginning with the World War II drama "Days of Glory/Indigenes" at 7 p.m. on Feb. 1 at the Hollywood Theatre, 4122 N.E. Sandy Blvd., a drama about "non-French" soldiers from Algeria who decide to fight for France, this year's festival also offers a tribute to acclaimed filmmaker Ousmane Sembene, who died at age 84 in 2007; a highlight of women's films, family films, teen films and documentaries.
Festival Co-Chair Mary Holmström said many of Sembene's films have played at the Cascade Festival over the years. This will be the first time they have shown two of the Senagalese director's early films, "Borom Sarret" and "Black Girl/La Noire De…" 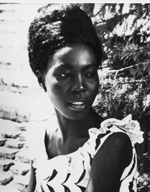 Sembene's first film, "Borom Sarret," is a Third World neorealist short about a cart driver in Dakar, Senegal who struggles with a system that is stacked against him; Sembene's first feature film, "Black Girl/La Noire De…" tells the story of a young woman working for a French couple in Senegal. The woman is given the opportunity of living in France when her employers repatriate, but the experience in Europe is not as idyllic as she imagined.
Holmström says although his early films weren't as complex and refined as his later work, "the raw talent was there." One of Sembene's most popular films, "Guelwaar" will also show.
Over the nearly 20 years of the festival, Holmström – who was born in South Africa — says she's seen many filmmakers from Africa refine their art form, all the while telling important stories from their own point of view. Funding for filmmaking in the Third World can be difficult, if not impossible to obtain, she says, and filmmakers are often forced to operate on a shoestring budget. She says she even heard of one filmmaker taking out a second mortgage on a home to finance his film. France is alone among former colonial powers to offer funding for African films.
Being able to view these films in America is also difficult. Aside from many films never getting distributed, most people in Africa cannot afford to go to the cinema, and many governments censor films for being too provocative.
Evellyn Ello-Hart, a member of the film committee and a native of the West African nation Cote d'Ivoire, says going to the cinema was a luxury few people she knew could afford. On a recent trip home, she discovered many cinemas turning into makeshift churches because they were not profitable.
Ello-Hart, who is also the executive director of the African Women's Coalition, says she is particularly happy about the last week in February – Women Filmmakers Week.
"I love seeing these films that advocate for women," she says. 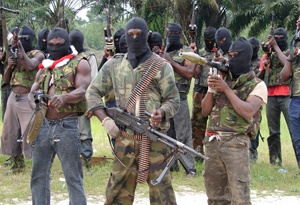 Films of note during Women Filmmakers Week include the documentary "Sweet Crude," directed by Sandy Cioff, and "Zanzibar Soccer Queens," directed by Florence Ayisi. "Sweet Crude" follows the story of the Niger River Delta, where 20 percent of U.S. oil is pumped out of the ground. Left in the oil companies' wake has been environmental destruction, human health hazards and an impoverished indigenous people. The film's director will be present to both introduce and discuss her film after the showing.
Several other filmmakers will also be in attendance to introduce and discuss their films. Documentary filmmaker Jean-Marie Teno will be in attendance for the showing of "Colonial Misunderstanding /Le Malentendu Colonial" and "Alex's Wedding"; and several filmmakers and crew members, including co-director Abdul Fofanah, Rebel Soulz and PC Peri, will be in attendance for a screening of "Moving to the Beat," a film documenting the hip-hop group Rebel Soulz's journey to Freetown, Sierra Leone, to help bridge cultural understanding between Black Americans and Africans, and discuss issues including war, race, gender and more.
"Most of the film is about creating a cross-cultural dialogue," said Fofanah, who was raised in Sierra Leone but grew up in America. "We try not to focus on the war, but look at issues after the war and … issues leading up to the war."
Fofanah, who co-directed the film with Caleb Heymann, says hip-hop is used in Sierra Leone to help deal with the tragedy of war and many former child soldiers are now picking up the microphone to ask for forgiveness. For Fofanah and the rest of the crew the journeywas a spiritual pilgrimage that returned many of them to the continent of their ancestors.
Presenting and discussing the film "In the Shadow of Hollywood" will be PSU's Dr. Darrel Millner and Phyllis Benton, owner of Midnight Ramble Video. The film looks at recently discovered footage of "race films" that featured all-Black casts for all-Black audiences. These films were made between 1915 and 1947, when Blacks were cast by Hollywood filmmakers as only servants or buffoons.
While most of the films presented during the festival contain adult subject matter, two films will be showing on Family Film Day that are suitable for children: "The Red Glasses" and "The Legend of the Sky Kingdom." Following the lesson-learning journey of two adventuresome siblings, "The Red Glasses" tells the story of the discovery of magic glasses, their theft at the hands of bullies and the lessons these youngsters all learn. In "The Sky Kingdom," the filmmaker uses Junkmation animation to tell the story of children traveling to the magical Sky Kingdom.
Coinciding with Multnomah County Library's Everybody Reads novel will be the showing of several films about Sierra Leone and the aftermath of their civil war. Everyone is encouraged to read Ishmael Beah's "A Long Way Gone" and to attend the movie "Ezra" which, like Beah's book, depicts a story about a child forced into fighting. People are also encouraged to attend a film depicting the equally horrific and unfolding war in Darfur, "The Devil Came on Horseback."
Every year, Holmström says the choices of film are  difficult, but she always tries to find a solid representation of films from across the continent. Whether it's the story of the World Bank on trial in Mali in "Bamako" or the story of revenge and forgiveness after Chad's civil war in "Dry Season," the stories presented by these filmmakers have been hard fought to reach the Western Coast of the United States.