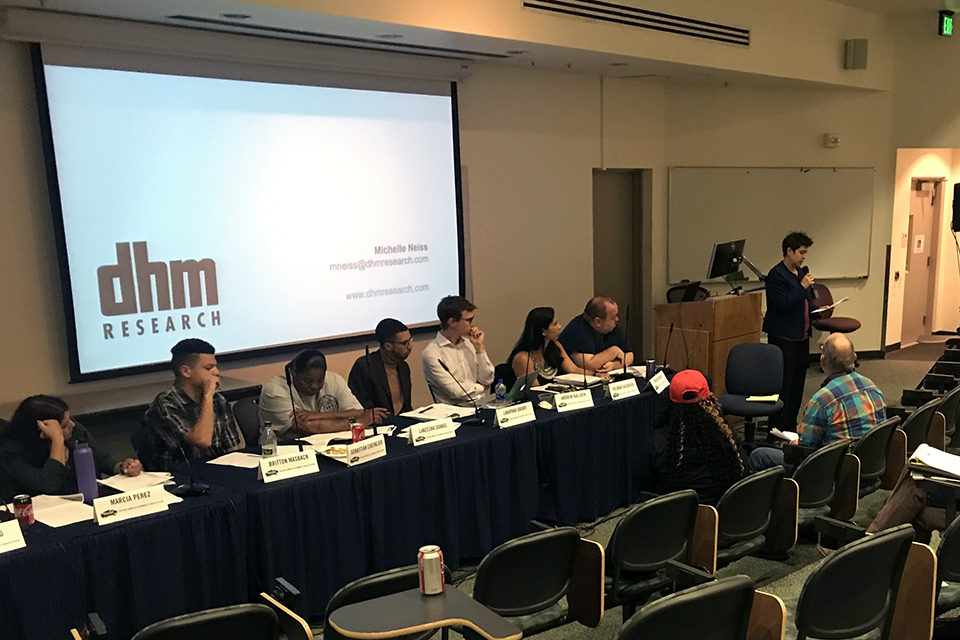 The US Department of Justice will, later this summer, determine whether the City of Portland is in compliance with a settlement agreement stemming from results of a federal investigation that found Portland police had a pattern and practice of excessive force against people with mental illnesses. That means the city would be under federal supervision for one more year, and then oversight – and that means federal oversight, in the form of regular community meetings and lengthy bureaucratic checklists – would be lifted.

But police accountability advocates are looking for permanent solutions.

“I can only speak from my perspective but the DOJ settlement was always just one part of community and police relations,” said Lakayana Drury, co-chair of the Portland Committee on Community-Engaged Policing, a volunteer-led committee formed after the dissolution of the Community Oversight Advisory Board in 2016. “The settlement is not synonymous with good relations with the police and the community.”

PCCEP consists of 13 community members who were appointed by the mayor following a publicly-promoted application process. While it was created per a directive in the settlement agreement, advocates are hoping the committee will continue to provide oversight on policy directives and gather input from the community.

Drury estimates he spends about three to six hours per week, including meetings and administrative work like replying to emails, doing PCCEP-related work.

“A lot of my other work overlaps with this,” Drury said.

For the past four years Drury, who is originally from Wisconsin and moved to Portland by way of Philadelphia four years ago to teach social studies at Rosemary Anderson High School, recently accepted a new full-time position as executive director of Word is Bond, a Portland nonprofit created last year to improve relations between law enforcement and young Black men.

At a Tuesday night PCCEP meeting on the PCC Cascade campus, the committee reviewed the Portland Police Bureau’s annual report, a city-commissioned private survey on public attitudes toward and experiences with police and heard – but tabled – a request from a subcommittee member asking the city to offer more formal condolences to families of individuals killed by police.

Amanda J. Marshall, an Oregon City attorney who serves on PCCEP’s subcommittee for people with mental illness (and who uses a middle initial to distinguish herself from former US Attorney for Oregon Amanda Marshall) said after meeting with Donna Martin, the sister of Andre Gladen, who was killed by police in January, the subcommittee arrived at some ideas for more sensitive handling of deaths caused by police use of force.

The family was still traveling to Oregon when they learned that a grand jury had declined to indict Gladen, Marshall said, and received only a brief phone call informing them of the news. Gladen was legally blind and suffered from mental illness; police initially said he charged officers with a knife, and later it was revealed the knife in question belonged to the officer.

The family also said, after a long meeting with Mayor Ted Wheeler and Portland Police Chief Danielle Outlaw in February, they were told, in Marshall’s paraphrase, “We’re sorry this had to happen.”

The family asked PCCEP to formally recommend that the city engage in a more detailed and tailored process for interacting with families affected by officer-involved shootings.

“We’re not asking them to apologize because they’ll never do that because their lawyers will tell them not to,” Marshall said. “It would be nice to have a written letter of condolence tailoedr to them.” The subcommittee would also like police to “do something substantive with regard to this particular incident.”

“This is a complicated suggestion that deserves a full airing,” said committee member Andrew Kalloch.

Earlier in the meeting staff from a Portland-based polling firm called DHM Research presented the results of a survey on policing in Portland that found slight improvement in community trust in the police, but low numbers of trust overall, particularly among African Americans and individuals with mental illness, with 74 percent of African American respondents saying they worry about police officers stereotyping them during interactions, relative to one quarter of residents overall.