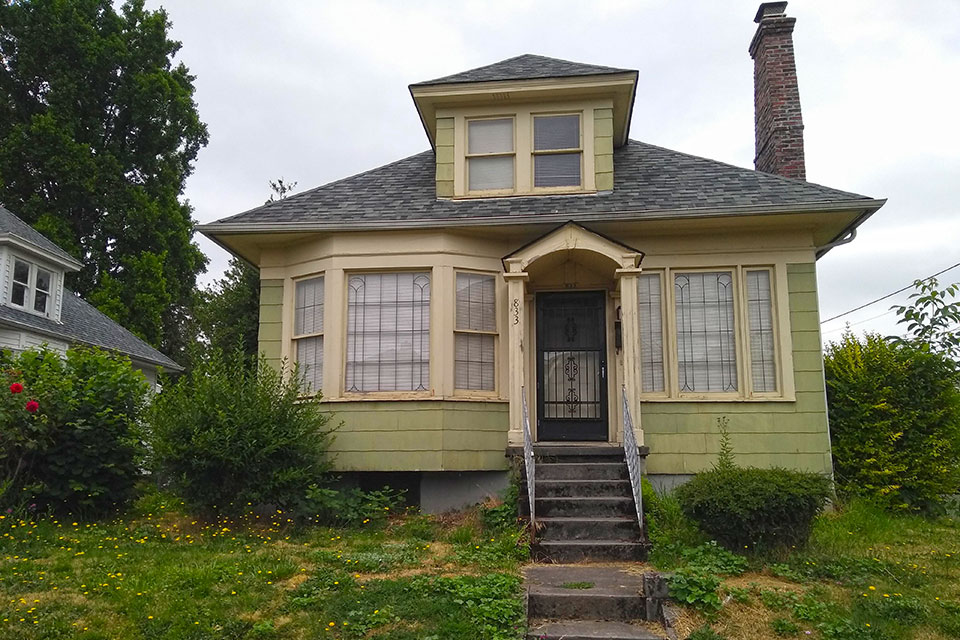 Portland is shifting how it prioritizes architectural preservation, and Black history advocates have reason to hope this means better protection in historically African American neighborhoods.

“It’s not just about pretty architecture,” Peggy Moretti, executive director of Restore Oregon, told The Skanner. “It’s ‘What of significance took place there? What did it mean to the community?’”

Moretti said the current preservation movement is about shifting focus to the preservation of cultural heritage sites.

“With all the growth in Portland and the density and gentrification in many neighborhoods, a lot of cultural history is being demolished,” Moretti said. “That’s something we’re trying to rally our attention to and see where we can help play a role in making sure the rich heritage of, for example, Albina neighborhood is not lost. There’s a lot of opportunity around Oregon, not just Portland, to take a more proactive role and advocate for people thinking about the places that matter.”

That brought a number of stakeholders together recently, with representatives from Restore Oregon, Oregon Black Pioneers, Prosper Portland, Albina Vision, the National Trust for Places of Historic Interest or Natural Beauty, and academics from the University of Oregon’s School of Architecture & Environment meeting at the Billy Webb Elks Lodge in North Portland last month to compare notes.

“I’m excited about what’s happening,” Kimberly Moreland of Oregon Black Pioneers told The Skanner. She said culturally significant landmarks around North Portland are often “modest and humble, they get missed often, but they have important history to African Americans.”

“It’s a very modest building. It’s been owned and continuously operated by a Black family and was built as a beauty and barber shop in the 1950s.

"It’s one of those buildings you would miss if you didn’t know the history of them.”

Moreland is also a government-appointed member of the Oregon Heritage Commission, which she says is currently looking at a more equitable approach to preserving historic sites in Oregon.

Moreland praised Restore Oregon for its work with the state Legislature to advocate for historic preservation funding.

“They really advocate for maintaining policies that will prevent demolition,” she said. “This organization’s been around for a long time, preserving significant relationships to communities of color. It’s really an interesting time, and an exciting time to be a part of this.” 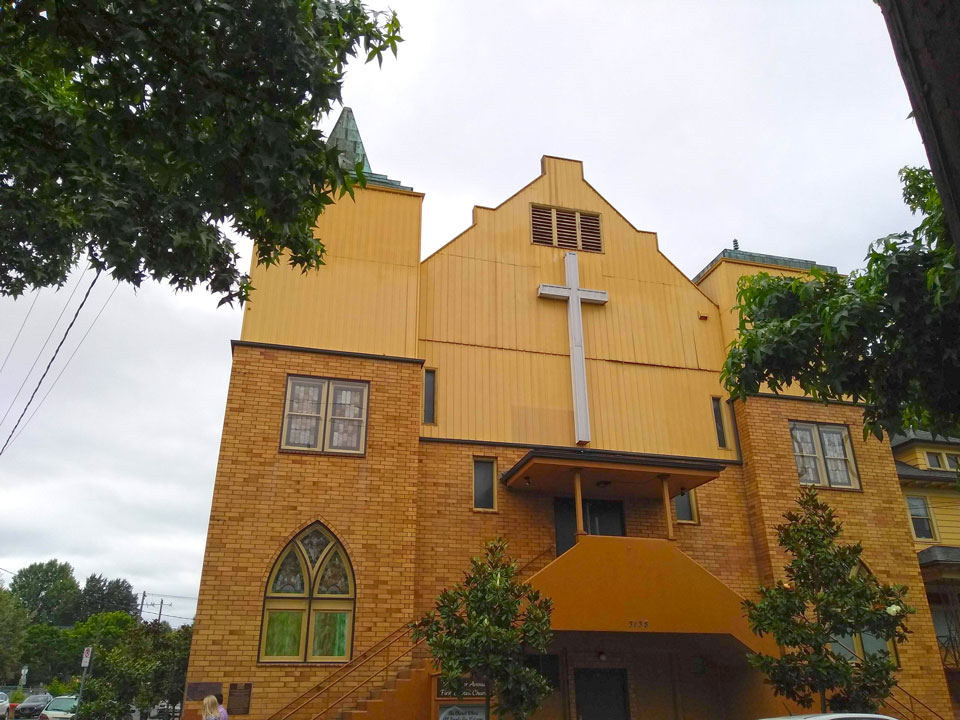 Although Vancouver Avenue First Baptist Church’s architecture was significantly altered in the 1950s, it was listed on the National Registry of Historic Places last year for its social history and importance in the Black Community. (Photo by Saundra Sorensen)“Architecturally, the paradigm has shifted because we have changed our ideas about what is architecturally significant,” Denyse McGriff, who sits on the Architectural Heritage Center and is the first person of color to sit on the Oregon City Commission, told The Skanner. She was also present at the meeting. “It doesn’t matter if there’s been some alterations to the building. You have to ask, ‘Is this place important? Is saving this place important to me? If it’s important to me, it’s important to my community?’ and keep going on up the line.”

McGriff cited the Otto and Verdell Rutherford House, a single-family home on Northeast Shaver Avenue, as “a classic example of a place that is architecturally culturally important because of the people who were there.”

“It hits the home run of everything,” McGriff said.

“I was thinking of how they had all those NAACP meetings in the basement, and thinking of all those people huddled around in that basement is just phenomenal.”

According to Moretti, the current thinking on historic preservation is more inclusive and more practical.

“There are folks that think historic preservation is about creating little museum pieces of pretty architectural things, and that was true 50 years ago,” Moretti said. “It was very White and very oriented toward whatever the pretty Victorian mansion was. But nowadays preservation is really about community, and retaining the historic fabric of a community comes in different forms. It’s not about creating something and freezing it in amber and making it an elite thing.”

She argues that’s why the concept of adaptive reuse has caught on: to meet neighborhoods’ changing needs, and often to allow landmarks to sustain themselves.

“It’s not just the structural and repair needs,” Moretti said. “It’s also a question of how a building economically supports itself. How do you use it for multiple purposes that generate more revenue? You keep it going by taking these places and finding some new ways to use them.” 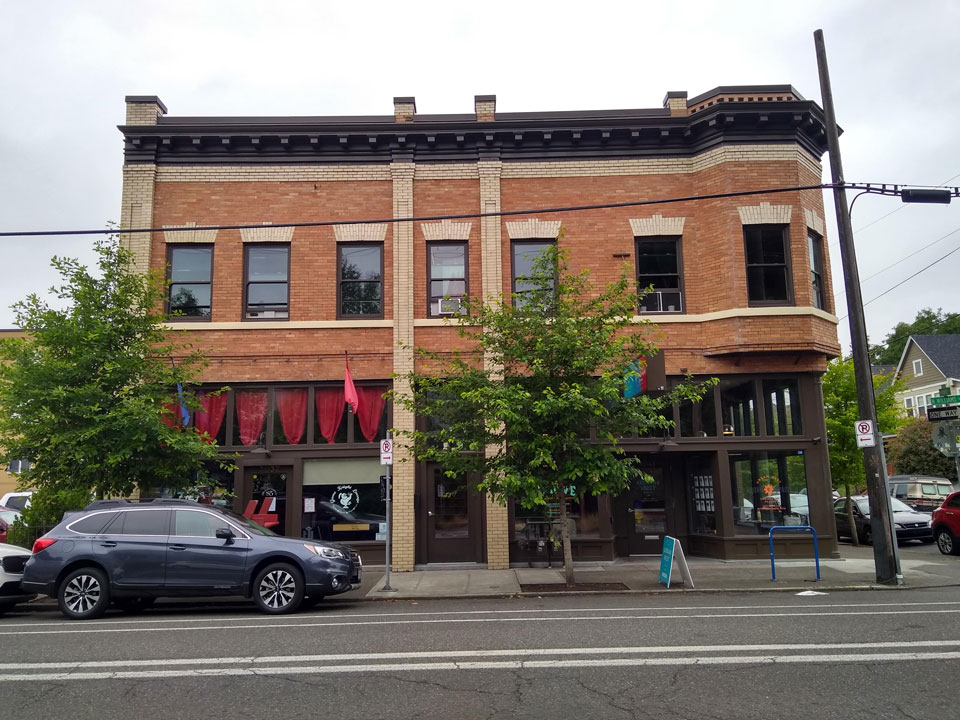 The Rinehart Building is the former site of the Cleo Liliann Social Club, and serves as an example of a landmark that is culturally significant to Portland's Black history, though its use has changed. (Photo by Saundra Sorensen)Key to all of this is documentation. In 1998, while at the Architectural Heritage Center, Moreland worked with her mentor Cathy Galbraith on the Cornerstones of Community survey to list African American historic resources throughout the city. Two decades later and with evolving criteria, the city of Portland is developing a new format for property owners and developers, called the Multiple Property Documentation Form.

“The city is hoping we can really make sure that potential tenants, or in some cases buyers, know about the history and significance of those places before they make development decisions,” Brandon Spencer-Hartle, historic resources program manager for the City of Portland, told The Skanner. “This project has been working its way through the academic research and documentation process for a couple years and is an umbrella history.”

Spencer-Hartle says the city hopes to have a full draft of the form completed by fall, and projects that the umbrella listing system will be adopted in early 2020.

A property might be eligible for historic designation if a prominent member of the African American community lived there, or if property was a place of worship or the site of civil rights or social justice activity, or if the property has housed businesses of note, Spencer-Hartle said. While architectural design is a consideration, a property “could be a building that from the street doesn’t meet the eye as remarkable, yet the story of the place might be critically important to preserving the role that the business or that person played in Portland over a certain period of time.”

McGriff said she is hopeful about the Multiple Property Documentation Form, and sees it as an auspicious start to a more robust historic preservation program in Portland.

“It doesn't help to just document it,” McGriff said. “It’s got to be, in my opinion, monumented in some way. That means letting people know something important happened here.”