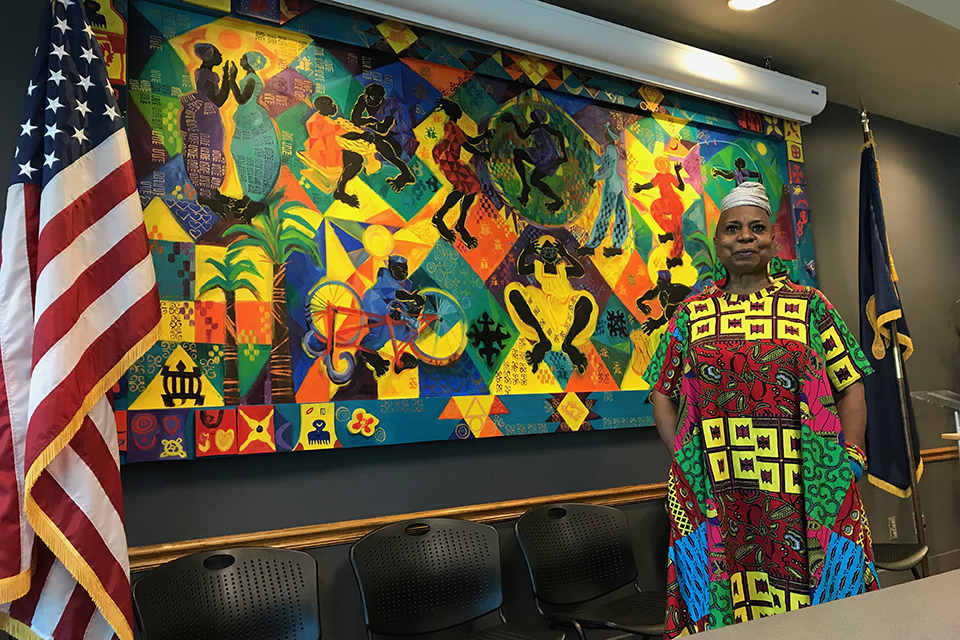 Antoinette Edwards is retiring at the end of this month after 10 years as the director of the city’s Office of Youth Violence Prevention.

Her plan for the immediate future is “just to be still” for a while.

“I will always be community-involved,” Edwards told The Skanner. She has long been involved in women and girls’ empowerment groups and as a reading volunteer in schools and expects to continue volunteering in those areas. “I’m a community mom for life.”

Edwards came to the city from the American Red Cross in Oregon and Southwest Washington, where she worked as the diversity director. Previously she’d worked as a parent coordinator at Self Enhancement Inc. – where she created a girls’ empowerment group called Sisters Reflecting Beauty which is still going -- and as a case manager for Multnomah County.

In 2009 she was tapped to apply as the director for the Office of Youth Violence Prevention by then-mayor Sam Adams. The office was created by in 2006.

“I’ve always wanted to work with people to make things better,” she said.

Edwards, who turns 67 this fall, was born in Alabama and remembers drinking out of separate water fountains. Everyone she knew was poor, so no one knew was poverty was, and there was a sense of togetherness among the community she grew up in.

Edwards was the oldest of six children and the first-born grandchild. When her grandparents moved to Portland, they suggested to her parents that she join them. At the age of six, she did, attending Highland Elementary School before it became King Elementary and growing up in a flourishing Black neighborhood, where she would charge items at the neighborhood grocery store on her grandfather’s account and try to sneak into nightclubs like Geneva’s and the Cotton Club while still underage.

Her current role with the city -- working with the mayor, police and community to try to reduce violence, with a $1,157,200 budget – has involved some name changes and restructures: the community coalition whose biweekly meetings Edwards facilitates, known as the Gang Violence Task force became the Community Peace Collaborative in 2014.

The decades-old Gang Enforcement Team was folded into the Gun Violence Reduction Team earlier this year. The reduced emphasis on gang affiliations in favor of looking at violence more broadly was also reflected in the city’s announcement, in 2017, that it would purge its list of gang designations. (The following spring a city audit found police were still informally tracking gang designations.)

During budget talks this spring Commissioner Jo Ann Hardesty criticized the gun violence reduction team, writing on Twitter, “There is no information about how the team is different other than its name. We should move the 28 officers back to patrol, rather than fund a team that has been known to racially profile.”

“I always try to see all sides of it,” Edwards said. She said she’s heard from young men with previous gang affiliations who say the work of the Gang Enforcement Team and the Office of Youth Violence Prevention helped them turn their lives around. But she has begun to focus more on violent behavior than on affiliations.

Her emphasis has been on convening conversations and building community support, referring people with lived trauma – including formerly gang-involved men and women who’ve lost children to violence – to therapy or creating support groups, as well as obtaining small grants. She hopes her successor will be able to facilitate more wraparound services, including material support for families affected by violence.

“That’s the next level for this position,” Edwards said.

Edwards has collected photos of young people, mostly young men, killed by gun violence on a series of poster boards she displays at community meetings. It’s still not uncommon for mothers to approach her after meetings and say, “My son’s photo is missing,” she said.

And seeing the long-term effects of violence on individuals and families – and the fact that violence continues regardless – wears on her, she said. Sometimes something will happen – like the death of a nine-year-old child or a pregnant woman to gun violence – that are so shocking she’s sure it will be a catalyst for major change. And it isn’t.

“I just thought, ‘This is going to get people up in arms,’” she said.

She cares for herself by “being in gratitude for the good things that have happened,” she said, and by focusing on her family. In 2009, with her son Khalil, Edwards helped create Portland Black PFLAG, the first Black-focused chapter of PFLAG, a support and advocacy group for family members of LGBTQ people (The organization has since broken away from the PFLAG organization and reformed as the Sankofa Collective in 2016.)

“I’m in gratitude. I’m grateful I’ve had so many opportunities to be with people. Mother Theresa talked about being able to see the face of God in everyone you meet,” Edwards said. “Now, I’m not that holy, I’m not that spiritual. But to see that human goodness in people that have been so discounted – I’m so grateful to get to witness that. I feel loved.”